A Historical Look at Le Club 55 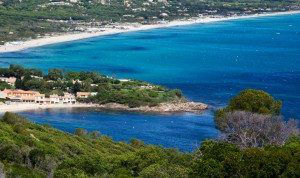 In 1955, And God Created Woman was filmed on little-known Pampelonne Beach in Saint-Tropez, starring an equally little-known actress, Brigitte Bardot. The film was a salacious smash hit both in France and across the world. It launched Bardot into superstardom along with Saint Tropez. Just a humble set of cottages at the time, Le Club 55 also grew into one of the hottest beach clubs in existence. To learn more about how both Bardot and Le Club 55 became legends, click here.

Today, visitors can have a glass of rosé on ice and rent a matela (beach mattress) amongst a who’s-who of Hollywood and French elite. Your private charter yacht on a Mediterranean yacht charter can be anchored right off Le Club 55, while you head ashore for a lovely lunch and perhaps a lounge in the sand for glamorous rest and relaxation. À votre santé!