Best Things to Do On a Private Yacht Cruise to Sicily 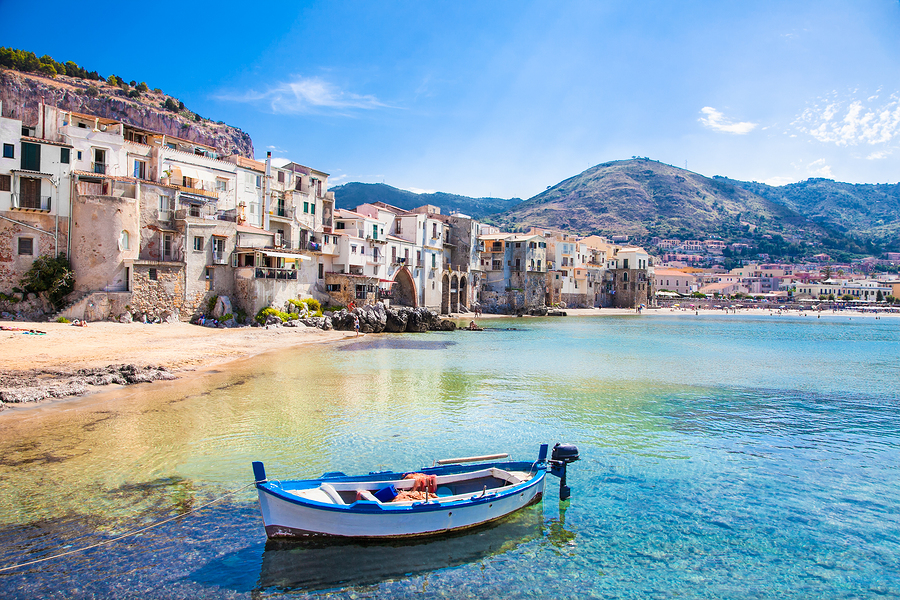 Exploring Sicily on a luxury private yacht tour lets you experience the area in a most memorable way. The largest island in the Mediterranean offers a coastal paradise for you to enjoy during your private yacht cruise. Pick your favorite themes among white sand beaches, stunning rocky cliffs, enthralling history and architecture, luxury shopping, and delectable Italian cuisine, and then use this guide to create your customized Sicilian luxury yacht cruise itinerary. 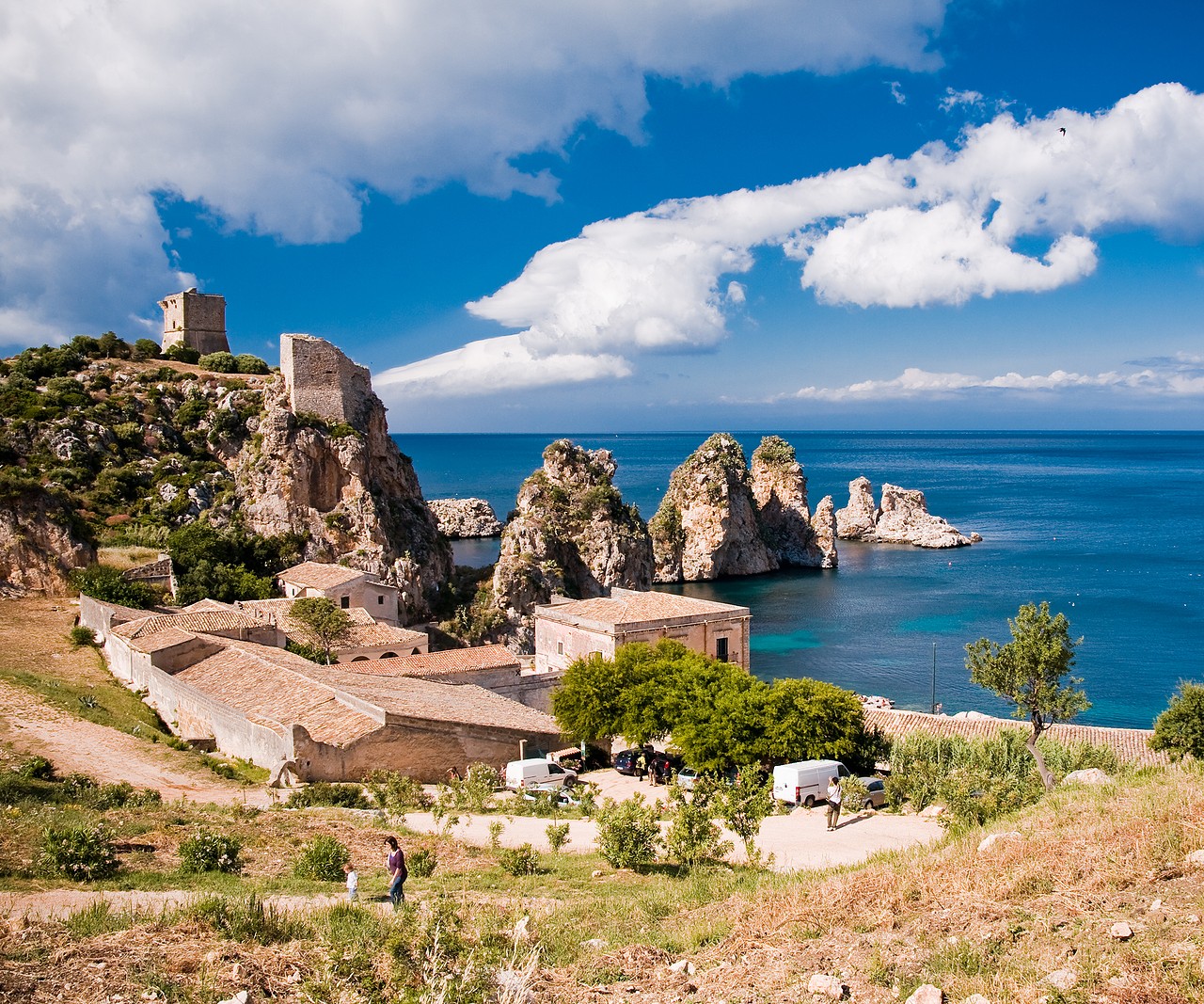 It would be tough to find a more beautiful Sicilian beach than Scopello Beach in Trapani. The downside to spending all of your time here—or on other famous beaches such as the also-stunning Sampieri Beach—is that the area is so popular because of its beauty. You will have to share the space with locals and other vacationers. For untouched beaches with a more private feel, head to Calamosche, Marianelli, or a beach in the neighboring Aeolian or Egadi Islands 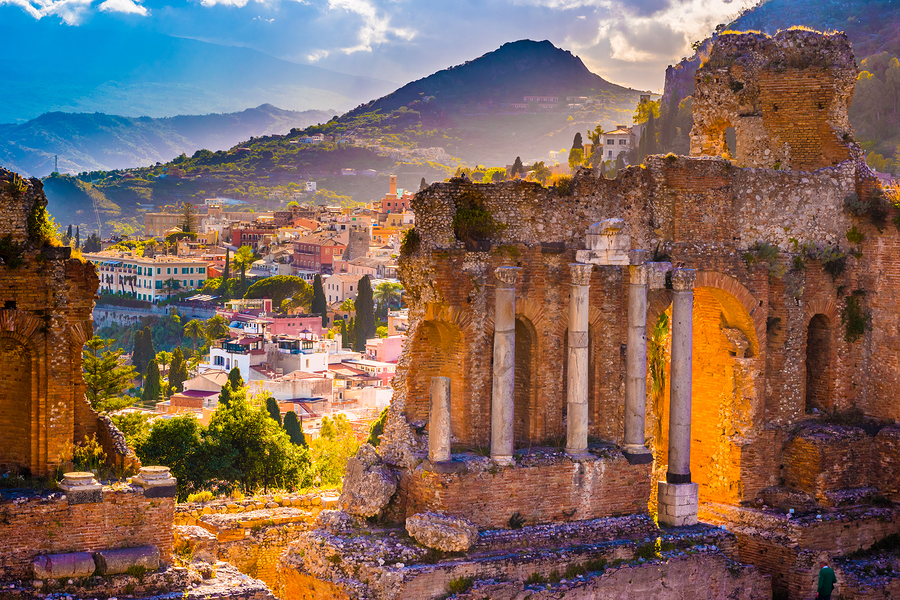 The Ruins of Taormina Theater at Sunset

Sicily endured foreign occupations by the Greeks, Romans, French, and Spanish, among others, until it became an Italian state in 1860. Its distinct architecture includes Arab and North African influences and hints of Spanish occupation.

If you want to walk among the ancients, the towns of Agrigento, Selinunte, and Segesta feature awe-inspiring Greek ruins complete with standing columns and well-preserved temples. And don’t forget Taormina, for ancient ruins, and as a great location for a day trip to legendary Mount Etna. 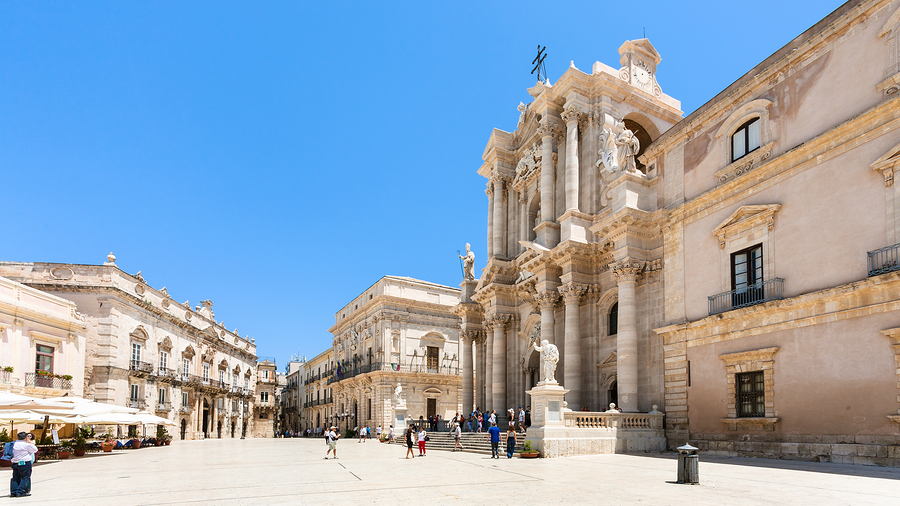 Cathedral on piazza Duomo in Syracuse city in Sicily

There are many high-end, luxury options for shopping if you go to the bustling, populated areas of the island. But to truly experience Sicilian culture, stop at one of the flea markets and appreciate the antiques and other unique wares sold by local merchants. 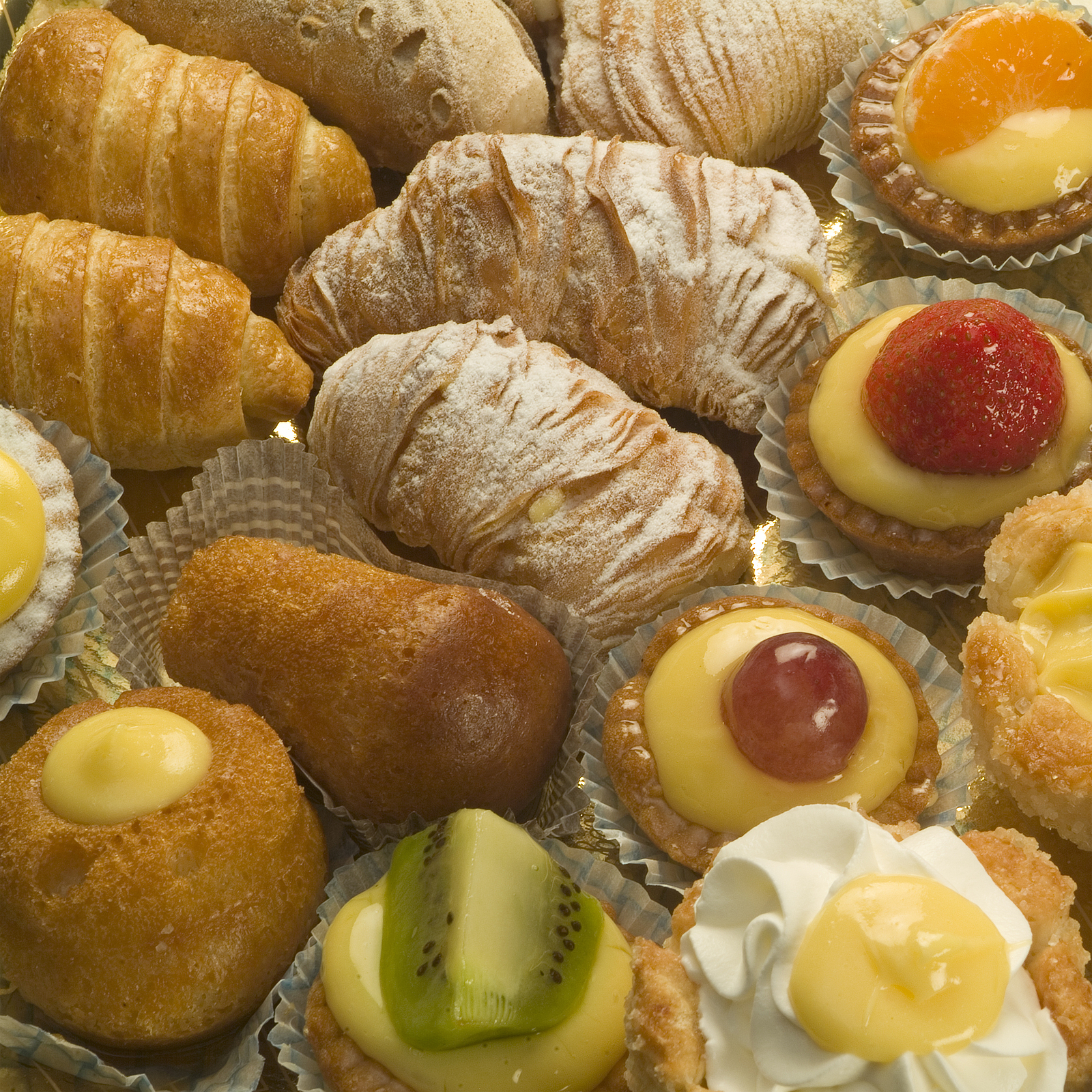 Do you prefer fresh Sicilian pastries or hearty pastas in the traditional Italian style? It’s a silly question, because both are marvelous, unmissable, and widely available in most major cities throughout Sicily. When you’re in the Palermo area, try Prestipino Café or Pasticceria Cappello for pastries and Trattoria Trapani or A’Cuncuma for lunch or dinner, which in Italian tradition, includes pasta.

If you prefer to dine aboard your private yacht, your chef can pick up some of Italy’s freshest seafood in local markets and prepare them to your taste in the yacht’s kitchen. Be sure to bring some of these flavors home after you complete your Sicily luxury yacht cruise vacation circumnavigating the second largest island in Italy.