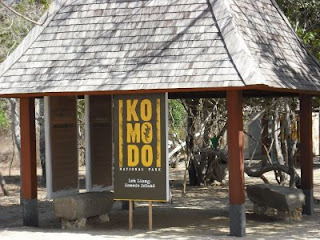 Komodo Dragons can grow over 9 feet in length, are part of the reptile family and are carniverous and can be aggressive. While apparently, they prefer deer, humans have lost their lives to the Dragons, including local villagers. The Komodo Dragon has a series of teeth buried under their gums filled with bacteria. When attacking, the Komodo Dragon bites into their victim and death is usually caused from infection from the bite.

Komodo Dragons generally eat once every few weeks and lie in wait for their prey at local watering holes. Other animals on the island are water buffalo, deer, wild pigs, and various other smaller animals, all of which satisfy a hungry Dragon. 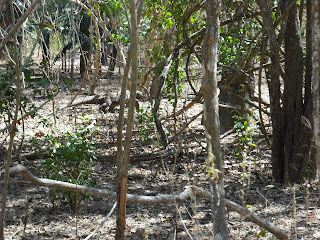 Walk the trails with the Park Ranger, a young man from Sumatra, who carries a long wooden stick with him, forked at the end. The stick is used to push the forked ends into a Komodo Dragon’s sensative nostrils, if they aggressively rush. We saw a variety of wild and bird life and 4 Komodo Dragons, all looking quite satiated, thank goodness.

After your adventure at Komodo National Park, return to your charter yacht to enjoy a delicious traditional dinner.