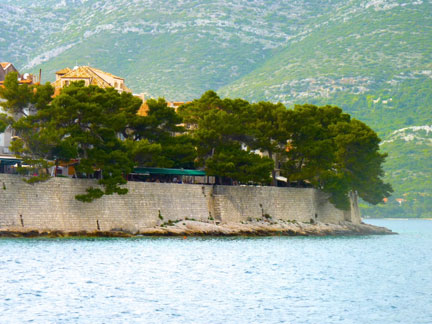 Believed by many to be the birthplace of Marco Polo in 1254, the island of Korcula is a great island to visit on a crewed yacht charter along the coast of Croatia. Whether Marco Polo was or was not born on this island is in debate still today, although both Marco and Polo are common names in the area. The island itself is well worth a visit on a yacht charter cruise through the Dalmatian Islands whether Marco Polo was born on this island or not. 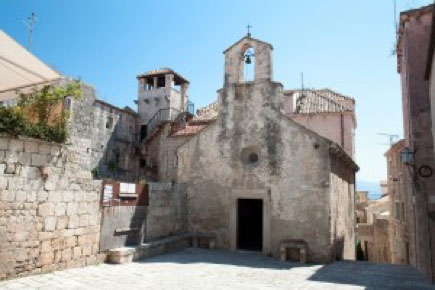 The island passed through many hands over many centuries. There is prehistoric archaeological evidence of settlement on the island. After which, in historic times, there is archaeological evidence of settlement of various civilizations including the Greeks, and Romans on the island. The island continuously changed hands through Byzantine, Slavic and Venetian rule, and in those periods of time in between various rulers the island was a Mecca for pirates.

Korcula is a large island just off the coast of Croatia; south of the island of Hvar and off of the coastline between Dubrovnik and Split and should be part of any crewed yacht charter itinerary along the Dalmatian Coast. There are eight main villages on the island, including Korcula Town, which is the main town on the island with a population today of around 3000 people. 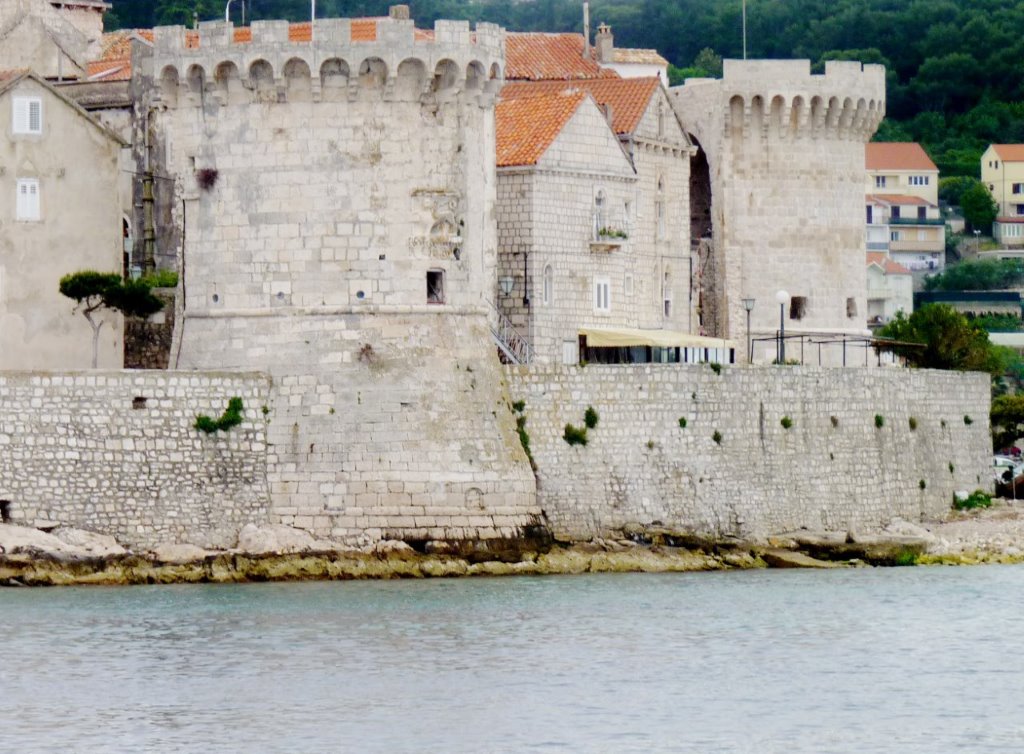 Just off the coast of this island, part of the Korcula Archipelago, and the resort island for the inhabitants of Korcula, is the island of Vrnik, which can easily be reached by ship’s tender during a yacht charter visit in this area. Vrnik offers great secluded swimming locations with beautiful clear blue water. On land, there are many deep stone quarries dating back to Roman times.

The island is known for vineyards and wine production, olive trees and olive oil production, and large fruit tree orchards, surrounded by bee hives producing honey. Of course, fishing is also an important industry for the year around locals on the island. 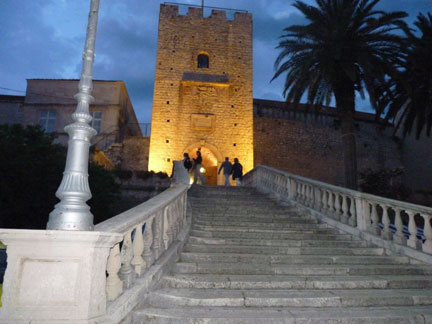 What to see and do on Korcula Island, Croatia

Korcula “Old Town”: This “Old Town”, is one of the largest medieval walled cities still in existence today. The whole of “Old Town” is surrounded by 14th century medieval thick stone walls including towers that were used for defense of the town during past centuries. The inside of the walled area, which was built on an oval shaped raised area of ground was built with a main walkway along the highest area of the ground with small walkways off to either side, so that the interior area outlay of roads is often referred to as a fish skeleton. This layout of the town in a somewhat herringbone pattern allowed free air circulation but protected all inside from the strong local winds. The interior streets are all walking streets and are all stepped, which further retains the Old Town for pedestrian traffic only. Inside the Old Town are shops, restaurants, cafes and a museum in the house said to be the original home of Marco Polo.  “Old Town” has an active but relaxed night life of bars and clubs, and perhaps you might hear locals out for the night Klapa singing under Gothic arches.

Gulin Farm: Located in Vela Luka on the other end of the island from Korcula “Old Town”, Gulin Farm is a traditional Homestead eatery for lunch or dinner, reservations required. Unique to Croatia, local farms open and prepare farm grown foods cooked under the Dalmatian Peka Bell for traditional Dalmatian Cookery. All served is grown, harvested, or made on the farm including wood oven baked breads, farm pressed olive oils, and honey harvested from their hives; except seafood, which is fresh caught in the waters in front of the farm. Experience traditional Peka Bell Cookery, and the “cracking” of the Peka Bell. 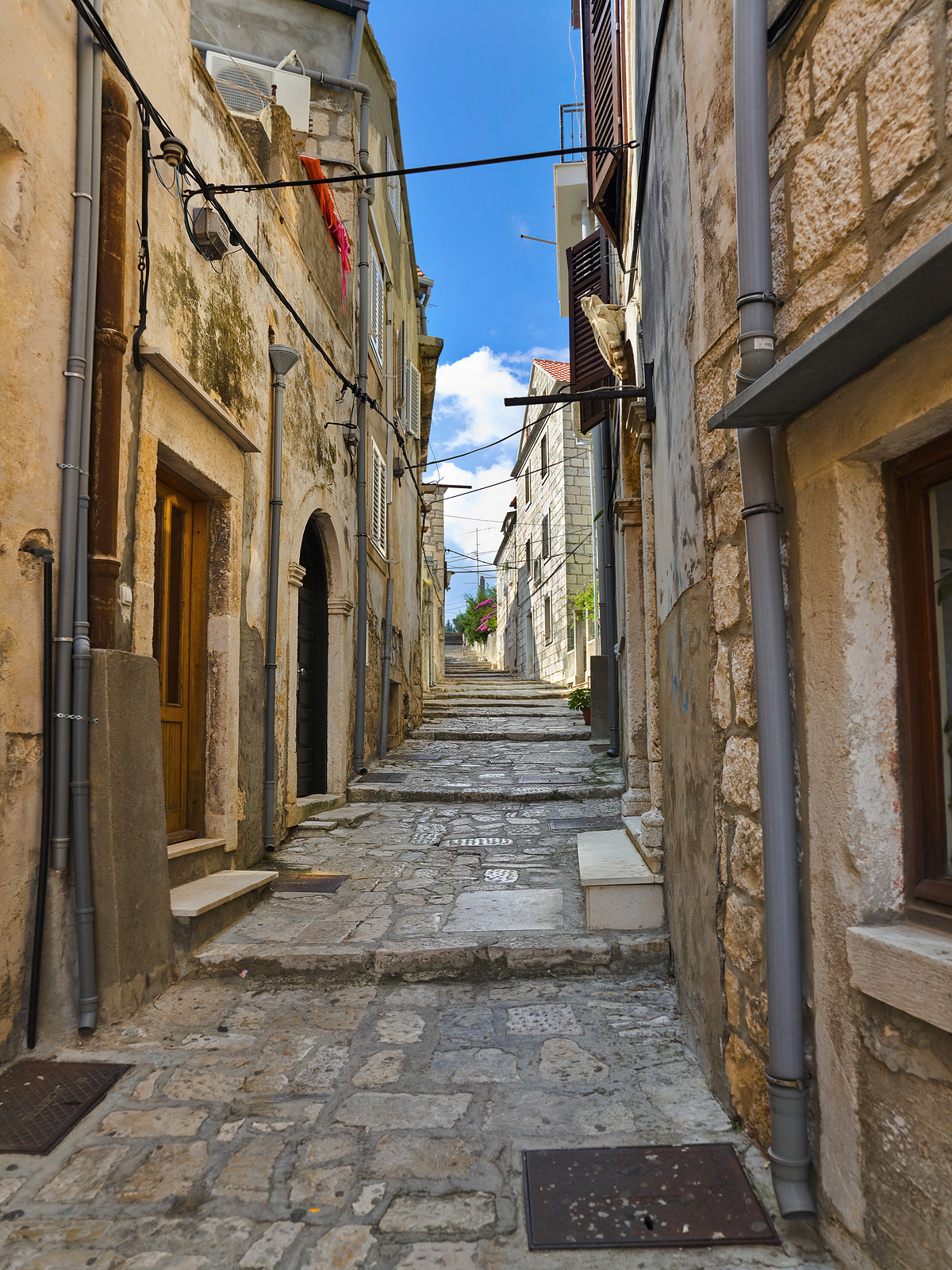 Croatia is chock a block full of lovely islands filled with history that are great stopping ports on a crewed yacht charter along the Dalmatian Coast and Korcula is an island not to be missed on a yacht charter itinerary along the coast of Croatia.