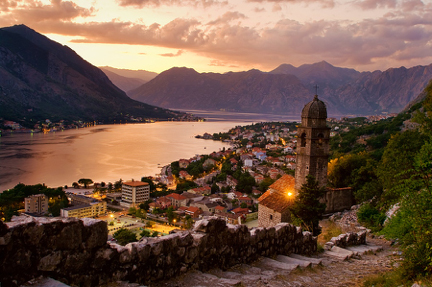 Kotor at the head of the Boka Kotorska Fjord 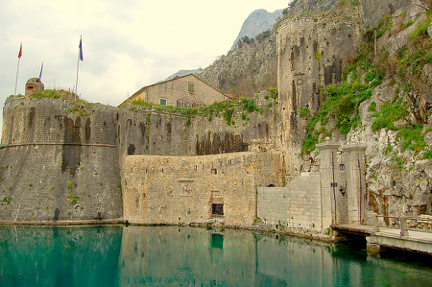 This city historically of traders and famous sailors is reachable via an international airline flight into either the airport in Dubrovnik, Croatia, or depending on the time of year, into the airport in Tivat, Montenegro. With roots dating back to the 3rd-century AD, when the present site of Kotor was that of a Roman military outpost. The military fortress became a Byzantine stronghold in the 6th century, with the well preserved medieval Old City of Kotor, as seen today, built between the 12th and 14th centuries. 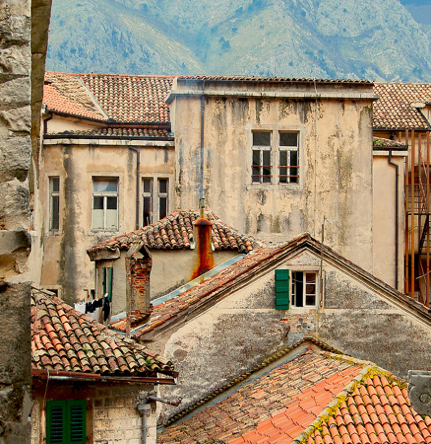 What to See and Do in Kotor, Montenegro

Kotor “Old Town”: A walking tour is a great way to see “Old Town”, which is crisscrossed with narrow streets between squares. On a walking tour visit the Naval Museum, housed in an 18th-century Baroque palace, the Cathedral of Sveti Tripun, a monument of Roman culture and one of the most recognizable symbols of the city, the Church of Sveti Luka (13th century), Church Sveta Ana (12th century) Church Sveta Marija (13th century), Church Gospe od Zdravlja (15th century), the Prince’s Palace (17th century) and the Napoleon Theatre (19th century) all of which are treasures that are part of “old Town’s” rich heritage.

Kotor City Walls: After exploring Old Town, those that would like a vigorous hike should hike the “Old Town” walls by walking up the main steps and along the parapets. This is a vigorous hike but rewarded by great photo opportunities from the top of the fortress walls up in the hillside. The walls stretch an impressive 4.5 kilometers and are a mixture of ramparts, gates, churches and fortresses. Built out of the same stone as that found in the hillsides, during the day, the walls almost disappear; however, at night the walls are lit and are a spectacular site against the landscape behind. Started in the 9th century, the full extent of the walls seen today were not completed until the 15th century. This is not an activity for the faint of heart, as to reach the Fortress of St. John at the top of the fortification walls in the hillsides, one must climb 1355 steps. However, for those who reach the top the view is extraordinarily rewarding of “Old Town” far below and the beautiful water stretching of Kotor Bay. 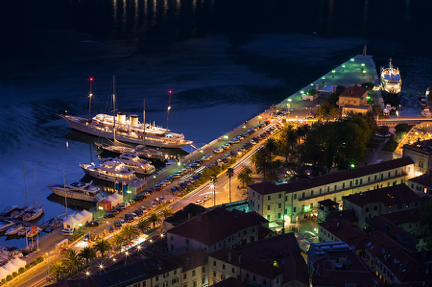 After exploring “Old Town” and the “Old Town” fortress walls, start your crewed yacht charter cruising down the Boka-Kotorska Fjord towards Dubrovnik, Croatia perhaps stopping first in nearby Perast, Montenegro.