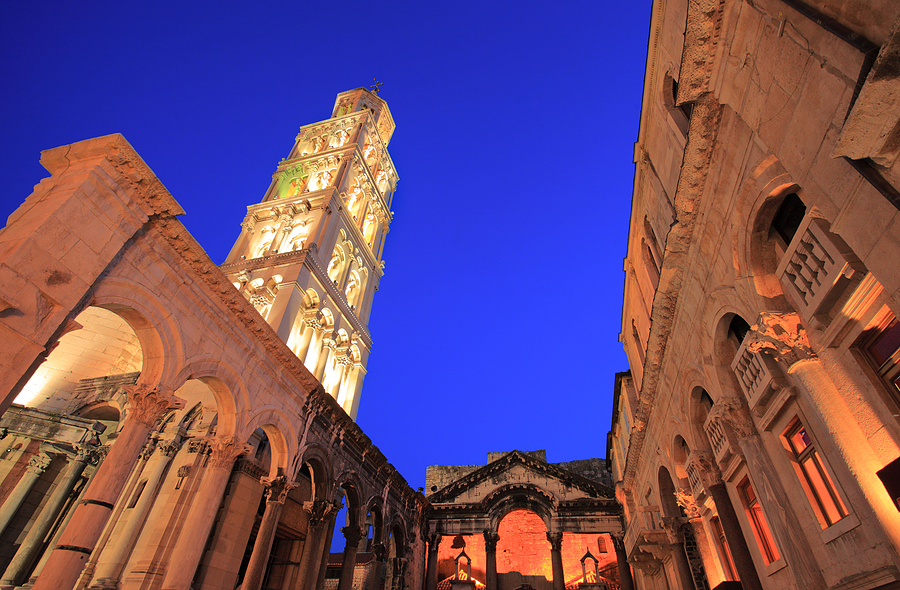 Cruise into the city of Split, Croatia on a crewed yacht charter along the coast of Croatia at the turn of the 21st century to explore the ruins of the Palace of Diocletian built at the turn of the 4th century AD, approximately 1600 years ago. Now a UNESCO World Heritage Site, one of several along this very historic coastline, this site is well worth seeing while on your crewed yacht charter. A crewed yacht charter in Croatia is a mixture of beautiful water, many islands, and a green coastline. And strewn throughout all are the remains of a long and varied history reflected in the architectural ruins of many cultures across the centuries. 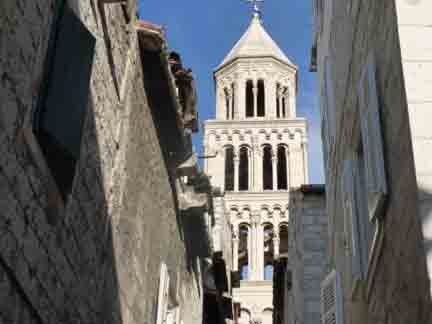 Built as a retirement location, Roman Emperor Diocletian designed this structure to be a retirement palace, located along the crystal-clear waters of what is now the Croatian coastline. The town of Split grew up within and around the palace walls, as this was a structure built originally for 9000 inhabitants. Over the centuries, locals continued to create their home within the palace walls and now today there are still homes and shops that are anchored into the structure and there to stay. 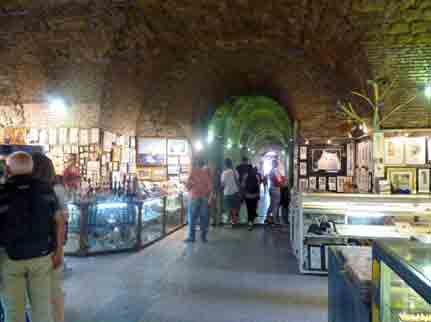 Now, the Palace of Diocletian is the literal center of the town of Split, with one side along the sea. The other three sides remaining were built as heavily fortressed walls. The ruins are one of the most complete remains of a Roman Palace in existence. The Palace was built with several different levels, including a subterranean level with fully vaulted ceilings. The seaside façade, which was the main residence of the Emperor, retains the feeling of a villa, while the rest suggests a military camp. After the Romans abandoned the structure, the locals remaining moved into the fortified walls for protection, thus establishing the long history retained today of a living ruin, still alive with homes shops and bustling with day to day life.

What to Do and See in Split, Croatia

Diocletian’s Palace: Explore on your own or have a private guided tour of Diocletian’s Palace which include Diocletian’s octagonal mausoleum (later was reconstructed into a Christian church – one of the oldest in the world) a temple later turned into a baptistery, the Peristyle a rectangular open court intended to become the heart of the palace, and the Palace cellars. 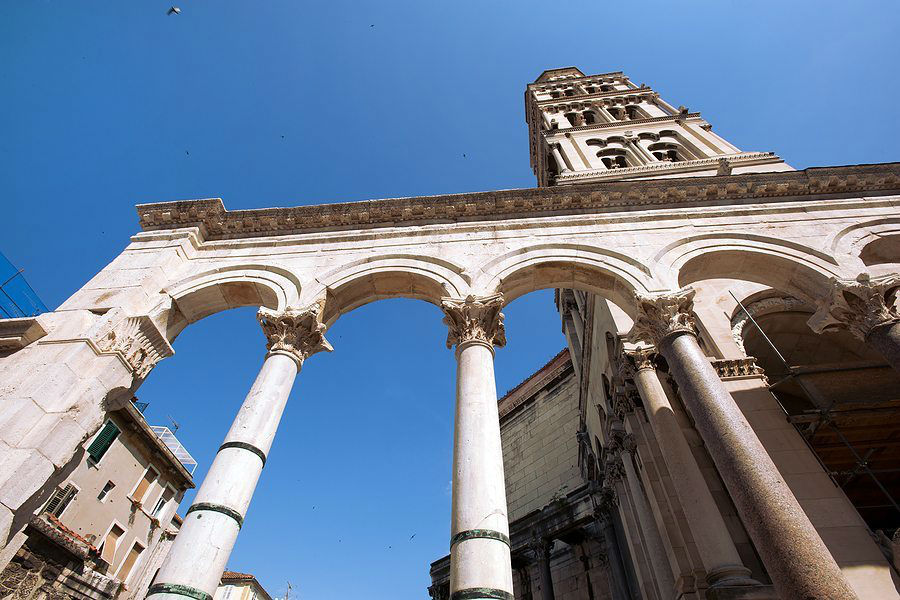 Stop in Split and wander the interior streets and alleys of the palace remains or perhaps have a private guided tour arranged, however do be sure to see this UNESCO World Heritage while on a crewed yacht charter along the coast of Croatia.