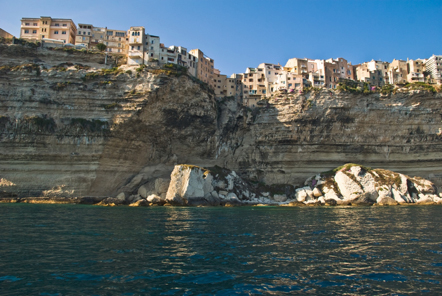 Bonifacio Viewed from the Sea

Bonifacio is a town of approximately 4,000 people near the southern tip of the island of Corsica, in the département of Corse-du-Sud, France. A picturesque port with trade in olive oil, wine, and fish, Bonifacio faces Sardinia across the Strait of Bonifacio. The oldest town of Corsica, it was founded (c.828) on the site of a citadel built by Boniface I, count of Tuscany. It later passed to Pisa and to Genoa. There is a Pisan-style church (12th–13th cent.) and the town, surrounded by a rampart, is medieval in character. 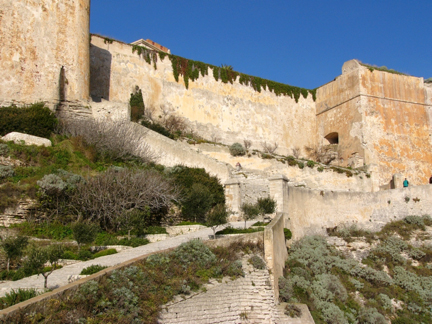 Bonifacio is split into two sections. The vielle ville (old town), or la Haute Ville (the Upper city), on the site of a 9th century citadel, is located on a peninsula overlooking the Mediterranean Sea. Most of the inhabitants reside in the Haute ville, including the town’s most famous inhabitant, Marie-José Nat. The harbor, la Marine, is at the end of a fjord-like inlet that provides a natural harbor, and is a port for a large number of fishing and tourist boats. There is also an active harbor life in the marina and around the inlet with fish tavernas, shops, and bars with a bit of night life. 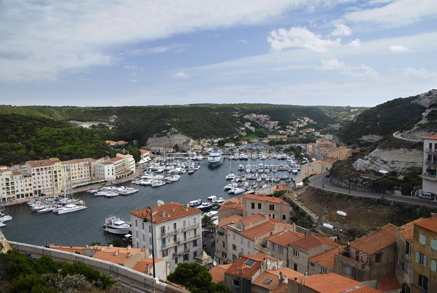 The town’s charm and proximity to idyllic beaches makes it a popular tourist destination in the summer, predominantly for residents of mainland France. Bonifacio is also a gateway to the small Isles Lavezzi (Lavezzi Islands), which are the southernmost part of France, and have been designated a marine preserve by the French government. The Lavezzi Islands are a lovely location when on a yacht charter to anchor for lunch. Swimming and water sports. 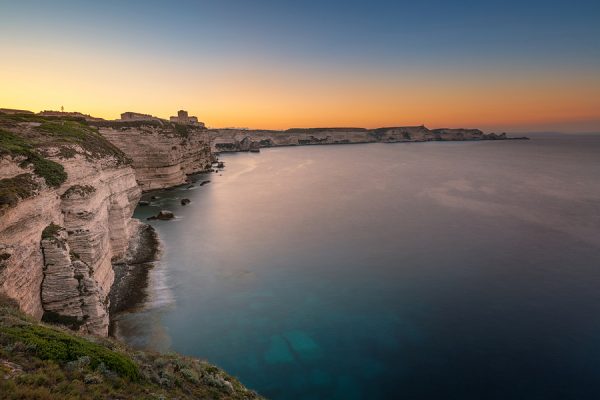 Bonifacio is a great location to begin and/or end a private yacht charter for Corsica and Sardinia, as the Sardinian Costa Smeralda and the Maddalena Islands are just a short distance away for a one week or longer charter filled with lots of fun, sunning, swimming, and chic shopping, with upscale night life. 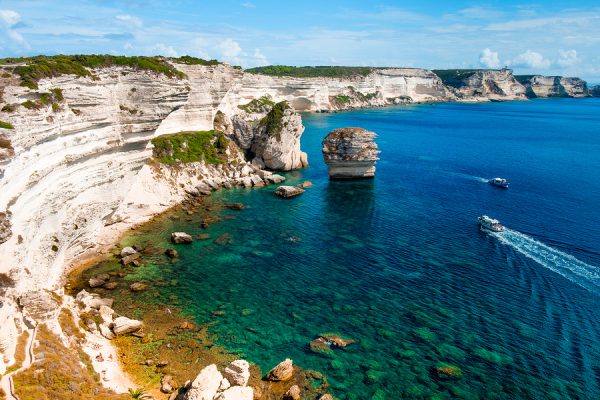 What to See and Do in Bonifacio, Corsica, France

Bonifacio Citadel: Perched up on the chalk cliffs, accessible either by walking or a train from the harbor, if the train is running. Within the walls of the Citadel is Old Town. Wander the walking streets, it is impossible to get lost, which are filled with restaurants, cafes, bars, and little shops. Visiting is a “must do” when in Bonifacio. The views from the Citadel across the Straits of Bonifacio are stunning. 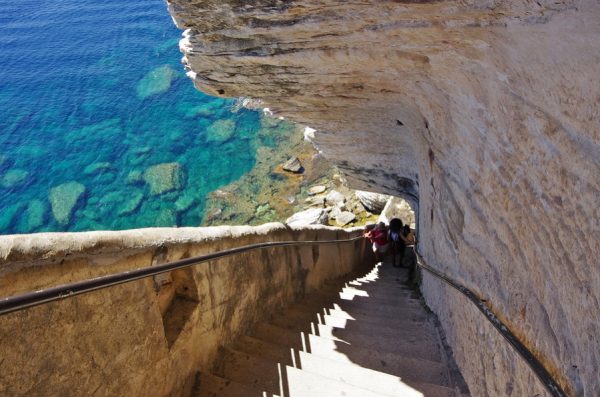