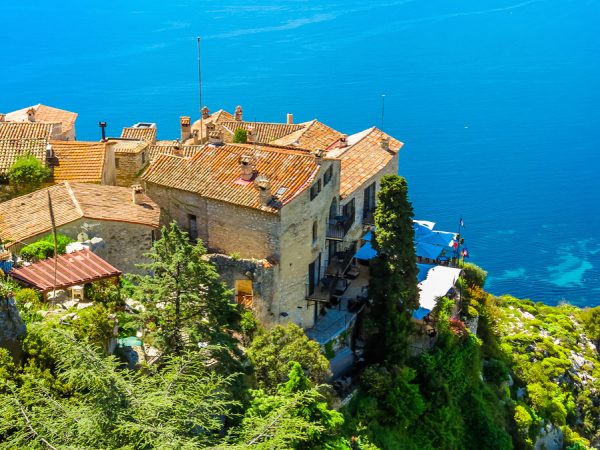 Perched high above the coastline of the French Riviera, Eze is a jewel of a medieval walled city, literally captured in time, and well worth visiting while on a crewed yacht charter along the Cote d’Azur. Often referred to as an “eagle’s nest”, Eze sits approximately 437 meters above sea level overlooking long lengths of the chic coastline of the French Riviera. Tucked behind medieval walls, Eze today has twisting alleyways that wind up to the top of the town, with each alleyway filled with shops, boutiques, cafes and restaurants. Anchor along the coastline at nearby Cap Ferrat or Villefranche for a short inland drive to the car park at the foot of the Eze, and then walk up and through the gates of this fortified town to explore this little medieval time capsule while on a crewed yacht charter along the French Riviera. 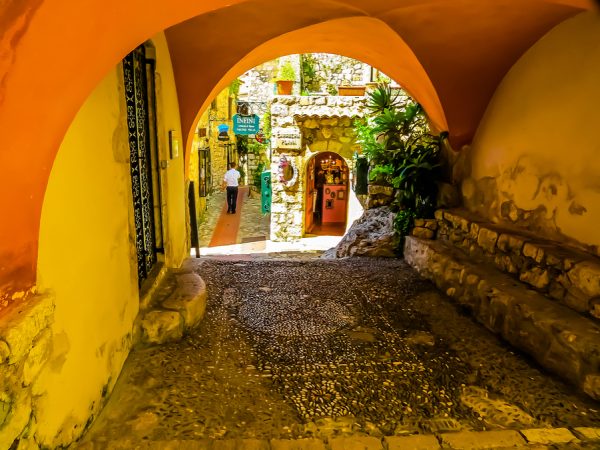 As a natural defensive location overlooking the coastline and harbors of Nice and Cannes, the pinnacle where Eze is located has been inhabited by various civilizations since 2000 BC. It was in the late 1300’s that the House of Savoy built the fortifications which are the walled city of Eze today. In 1860, the people of Eze voted for the city to become a part of France. Now thought of as a “museum village”, Eze is one of thirteen villages in France grouped together to form the Route des Villages Perches (Route of the Perched Villages). 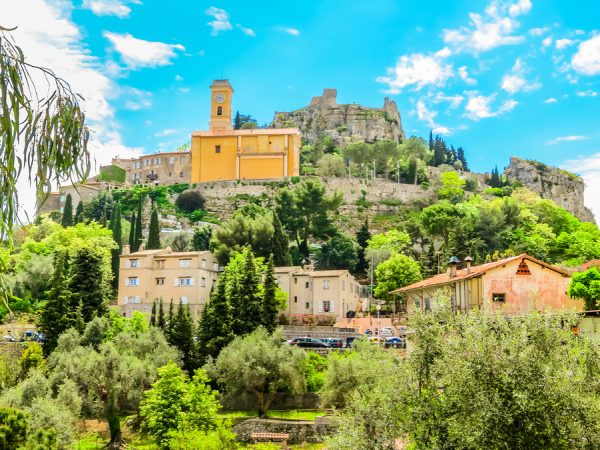 Village of Eze and Ochre Church

Looking up from the coast, Eze can be spotted in the hills by sighting the light ochre colored church sitting within the walls which is the Notre Dame de ‘l Assumption, built in 1764. At one of the highest points inside Eze is the Chevre d’Or hotel and restaurant. The restaurant is well worth walking to, and stopping in for a meal (reservations a must), as the food is outstanding and the view extraordinary. 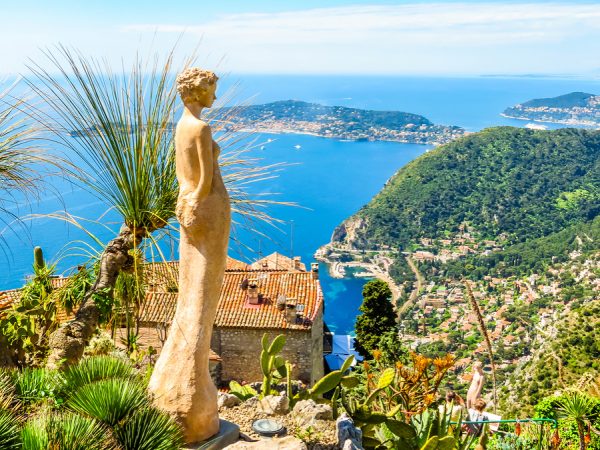 View from The Exotic Garden

For the athletic, hike on the trail beyond and higher than Eze to enjoy The Exotic Garden of Eze which is located on the site of a medieval fortress, perched 429 meters above the Mediterranean Sea. From here, above the walled village and overlooking the roofs of Eze, is one of the most spectacular views of the French Riviera from the Esterel Mountains to the Golf of Saint Tropez. 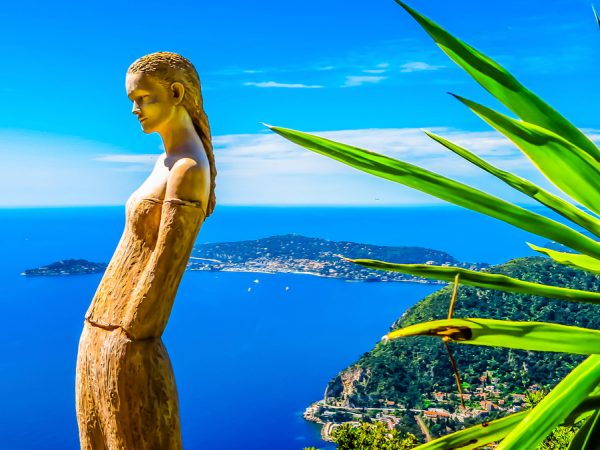 Sculpture in The Exotic Garden

The south facing side of the garden is famous for the numerous species of succulent plants from all over the world set around the various sculptures and statues. The walking paths have informational plaques about the history and artistic heritage of Eze. However overall, it is the extraordinary view that draws visitors to enjoy this garden, which are virtually unmatched. 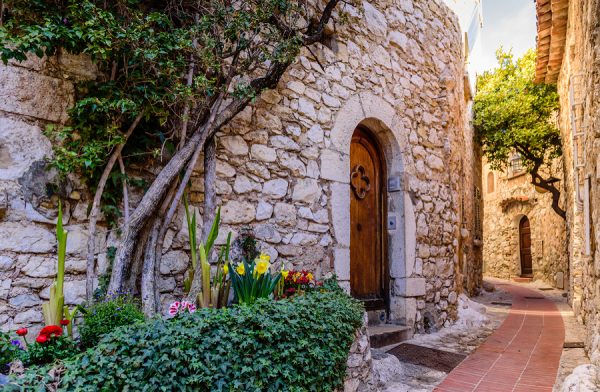 Within the Walls of Eze

Today Eze is known, besides as an excellent example of a medieval fortified village; both for the beauty and charm of the cobbled walking streets and stone buildings and for the great views. Enjoy exploring inside the medieval walls what was once a working city built for defense, the little village today filled with various shops, art galleries, boutiques, restaurants and hotels including a sales outlet of the nearby Fragonard Perfume Factory. It is easy to spend an afternoon wandering and exploring inside the walls of Eze and staying for dinner to enjoy the outstanding view overlooking the Cote D’Azur while on a crewed yacht charter along the French Riviera. 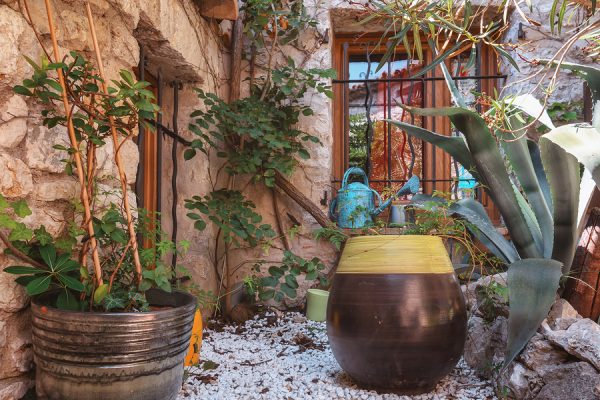 What to Do and See in Eze, France

Jardin Exotique d’Èze: Above Eze, this award winning garden is well worth hiking up to see from a path inside Eze if just for the views of the French Riviera.

La Chevre d’Or: A Five Star hotel located within the village walls of Eze, with suites, rooms, a spa and infinity pool, however the best part of the hotel is the two Michelin Star Chevre d’Or Restaurant perched just on the side of the village with terrace dining with an extraordinary view. Great for lunch or dinner, reservations are a must and should be made in advance. Interior dining is available as well. 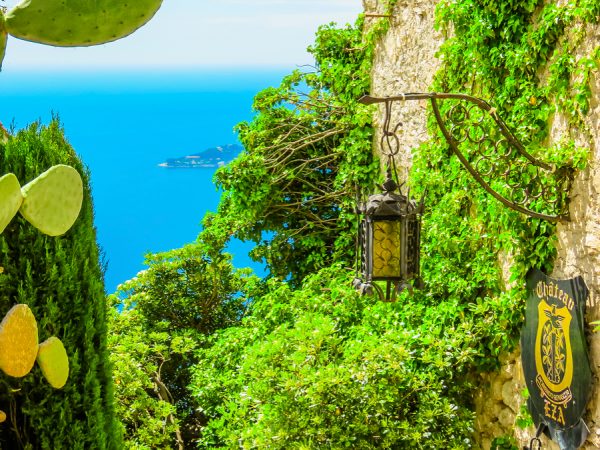 The Walls of Eze 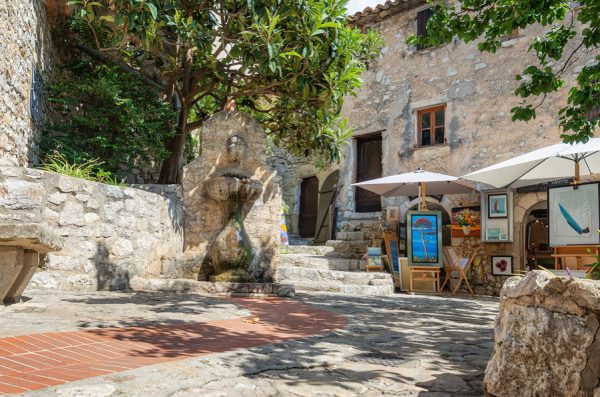 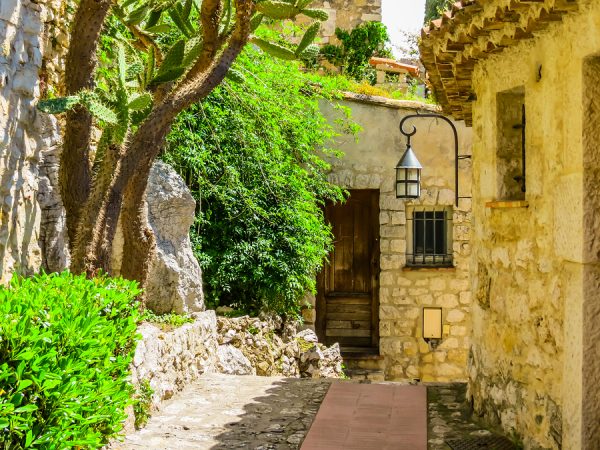