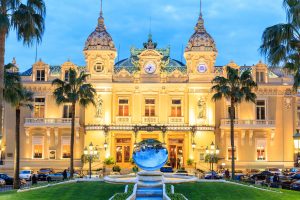 Bigwigs, big yachts, and big bucks are standard in glamorous Monte Carlo, which is part of the tiny, prosperous principality of Monaco, an independent sovereign state located between the foot of the Southern Alps and the Mediterranean. Monaco is famous for its posh, high-dollar casino and the annual Formula One Grand-Prix, this playground of the rich and famous intrigues visitors from around the world and in particular is a gathering location for Mediterranean charter yachts.

Formerly one of the poorest states in Europe, the principality got a boost when the Monte Carlo Casino was built in 1865. It prompted a dramatic surge in the economy, and it continues to be a popular attraction today. Extravagant hotels, sumptuous villas, fine dining and some of the best haute couture shopping in Europe make it a perfect hedonistic destination. History and science buffs can get their fill from facilities devoted to naval history, oceanography, anthropology, and art. Exotic gardens and sprawling parks also prove enticing. In addition, several museums and attractions tell the fascinating history of Monaco’s royalty, the beloved Grimaldi family, and how the region became one of Europe’s only remaining autocracies. 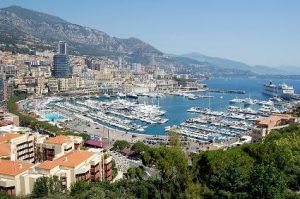 The most interesting area of Monte Carlo rings around the main port with Monaco-Ville just a short walk, a rocky promontory where the old city of this small principality is located. Old City Monte Carlo, known as Monaco-Ville, is just a short walk from the port and is the location of the Grimaldi Family Palace and grounds. 15 rooms are now open for viewing as well as the gardens. Spend time in Monaco-Ville as located here is also the Romanesque/Byzantine Cathedral of Monaco, the burial location of Princess Grace and other important members of the Royal Family. Also, be sure to visit the Musee Oceangraphique et Aquarium, once headed by Jacque Cousteau, for a maritime history of the area. The aquarium is extremely well known and is considered one of the best aquariums in Europe with over 4000 fish species in tanks on display.

The official language is French, although Italian and English are widely spoken. The traditional Monegasque language, “le Monegù”, is spoken amongst elders and is taught in all local schools. The currency is Euro, however Monegasque coins are used.

What to See and Do in Monte Carlo, Monaco

Monaco-Ville: Very close to both main marinas in Monte Carlo, this is the section on Monte Carlo where the Grimaldi Family Palace and grounds are located within the medieval old town, along with the Cathedral of Monaco. Tour the 15 rooms open for viewing in the palace and wander the grounds. Visit the cathedral to view the grave of Princess Grace and meander through the winding streets of the old town. 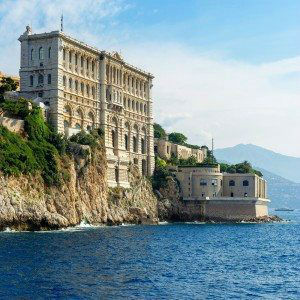 Musee Oceangraphique et Acquarium: An excellent museum and aquarium once under the auspices of Jacque Cousteau, see over 4000 species of fish, and other sea fauna including starfish, seahorses, turtles, jellyfish, crabs, lobsters, rays, sharks, sea urchins, sea cucumbers, eels, and cuttlefish. Also within are exhibits on maritime life, and the maritime history of the area. 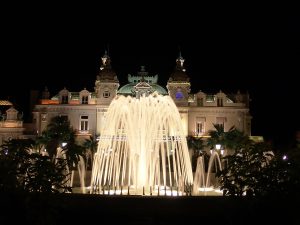 Monte Carlo Casino and Casino Square: Comprised of gambling rooms, the Opéra de Monte-Carlo, and the office of Les Ballets de Monte-Carlo, the Monte Carlo Casino, a large Beaux Arts building with a extravagant gilded interior, faces an open square where live events occur. The square is ringed by upscale restaurants, shops and the famous Hôtel de Paris Monte-Carlo. Within the square are gardens centered around a famous fountain. Proper dress is required for the Monte Carlo Casino, which opens at 2:00pm, especially at night. Also on the square is the informal Café de Paris, which is well known for its huge selection of slot machines for gambling in a more relaxed atmosphere.