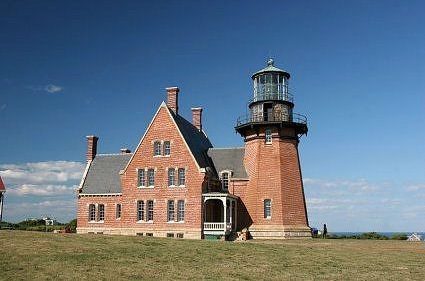 A New England charter is not complete without a visit to Block Island, just 12 miles off Rhode Island and an easy sail from Newport.  Block Island is southern New England’s quiet island. Smaller than Nantucket or Martha’s Vineyard, the “Block” is big in other respects. This spectacularly beautiful retreat, known for its 250-foot Mohegan bluffs that’s guarded by the Southeast Lighthouse, offers 365 freshwater ponds, 300 miles of stone walls, 32 miles of natural trails and miles of pristine beaches – a well preserved ecosystem and home to only about 800 year around residents. 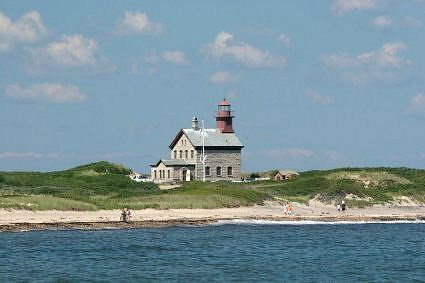 What to Do on Block Island, Rhode Island

Beaches: Block Island features 17 miles of unspoiled beaches, protected by lighthouses and spectacular bluffs, and surrounded by rolling roads, winding paths and wild, fragrant beach roses. Many of the beaches encompassing the island are isolated and nearly untouched providing breathtaking views and tranquility.

Two-and-one-half miles of some of New England’s finest beachfront can be found at Crescent Beach. Crescent Beach stretches along the island’s east coast from Old Harbor (where the ferries dock) to Clay Head, and connects with two other fine beaches, Scotch and Mansion beaches, to the north.

Lighthouses: The Block Island Southeast Lighthouse is a 52 foot brick dwelling located atop the Mohegan Bluffs on the southeastern shore. Originally built in 1875, it was deactivated in 1990 and then relight in 1994. Today it acts both as a visitor destination and as an active navigational aid to the U.S. Coast Guard. The Block Island North Lighthouse is located at Sandy Point, near the north end of Block Island. First erected in 1868, the lighthouse stands 55 feet tall, is made of granite, and serves today as a navigational aid to the U.S. Coast Guard. Visitors and seamen alike can see the tower’s flashing white light every five seconds. 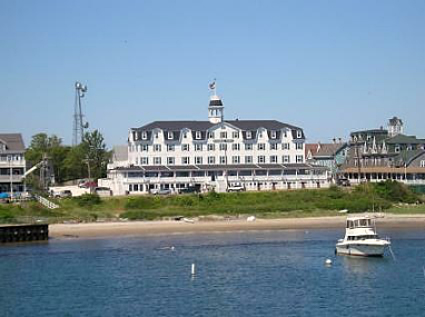 Dining and Shopping: There are numerous restaurants, from casual cafes to fine dining, most of which offer daily caught seafood. Nightlife on the island, like most everything else, is casual. Shopping is offered along the main street in Old Harbor, where you can find books, jewelry and clothing. Bicycle rental is also available, as one of the best ways to explore this island is by cycling. 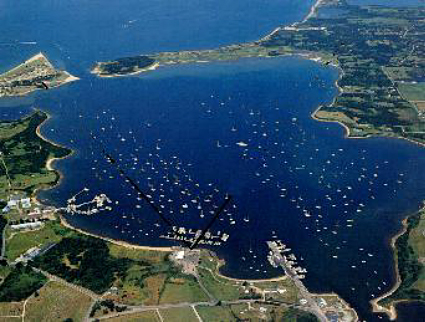 Great Salt Pond: This is the yachtsman’s location for docking or anchoring. This large protected “salt pond” is a natural great protected area for charter yachts and is also a good location for swimming; while the tide flats are great for clamming, however be sure to first purchase a clamming license.
Block Island, one of the first locations to be “discovered” and settled in the early 1600’s, has had a varied history, and always been a welcoming location for visitors by the sea, with the Great Salt Pond a great location to overnight in a luxury yacht charter.