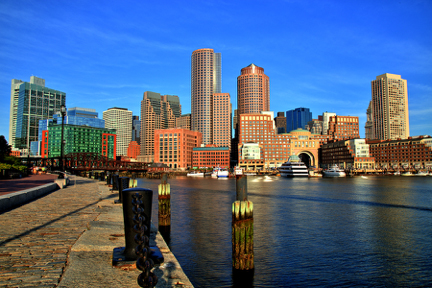 As one of the oldest cities in the United States, Boston, Massachusetts is a terrific port to visit on a yacht charter in southern New England. The Boston Greater Regional Area is split by the Charles River that ends in the harbor and is navigable for smaller yachts. Out in the harbor is the Boston Harbor Islands National Recreational Area comprised of a surprising number of harbor islands such as Calf Island, Gallops Island, Great Brewster Island, Green Island, Little Brewster Island, Little Calf Island, Long Island, Lovells Island, Middle Brewster Island, Nixes Mate, Outer Brewster Island, Rainsford Island, Shag Rocks, Spectacle Island, The Graves, and Thompson Island, all of which can be seen as you wend your way into the Inner Harbor and dockside on a crewed yacht charter when visiting Boston. 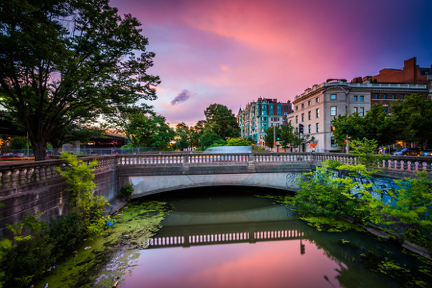 Boston was founded in 1630 by Puritan Colonists from England in search of religious freedom. The first settlement was on the Shawmut Peninsula, on the harbor which was bordered on the northern side by the Charles River. The downtown area and the North End, were the first areas to be developed. The colonial town was a hot bed of revolutionary activity during the infamous “Fight for Freedom” from British rule. There are several important historic sites remaining in the city, including the location of the Battle of Bunker Hill.  Dock downtown, and head ashore. Much to explore is within walking distance of harbor marinas, just as all of the city was within walking distance in Colonial times. 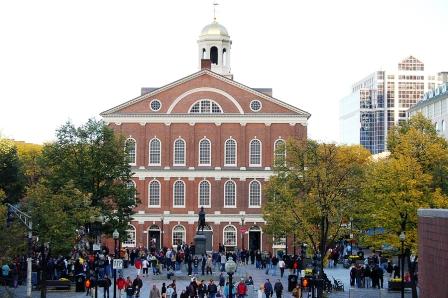 What to See and Enjoy in Boston, Massachusetts Ashore

Freedom Trail: Start in the North End, filled now with a strong Italian cultural feel, and dubbed “Little Italy”, the North End was the center of colonial life. Visit the Old North Church, the starting location of the famous Revolutionary War midnight ride of Paul Revere memorialized in Longfellow’s poem “Paul Revere’s Ride”. Also visit Paul Revere’s Home, now a museum. Close by in Charlestown are Bunker Hill, and the “U.S.S. Constitution”. Walk along the Freedom Trail from the North End across to the Commons, visiting various marked historic sites along the way. The old market area near the harbor, with the original Faneuil Hall Customs House, has undergone a successful adaptive re-use to become today, a bustling walking area filled with shops, restaurants, and bars. In the summer months you may enjoy great outdoor entertainment provided by wandering musicians, magicians, tumblers, stilt walkers, and mimes, all of whom add to the festive feel. There are 16 important sites to see along the Freedom Trail. 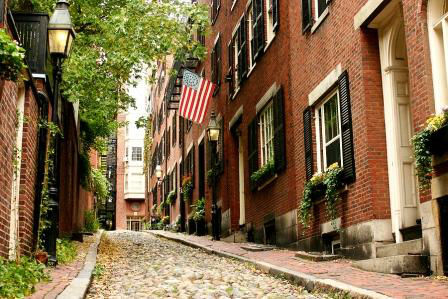 Boston Commons: In the center of old Boston, bordered on one side by Beacon Hill and on the other side by Back Bay, are the Commons, once the common meadow area for animal grazing, which is now a lovely city park, with a large pond, which is home to the famous Swan Boats. Visit this beautiful green park in the center of Boston, and take a ride on a Swan Boat for a very Bostonian experience.

Beacon Hill and Back Bay:  Wander these two living areas in the city filled with the townhouses of the once and perhaps still rich and famous “Boston Bluebloods”. Beacon Hill was the first specifically residential section to be built in the late 1700’s around the Massachusetts State House designed by Charles Bullfinch. Interspersed within streets of Federal style townhouses, are shopping streets such as Charles Street at the bottom of Beacon Hill, filled today with antique shops. Back Bay followed as a residential area, with townhouses built in the late 1800’s. This area was built on landfill, closing in the marshy back bay of the harbor, with the townhouses built supported on sunken pilings. Included within streets of townhouses, are shopping streets such as Newbury Street featuring international shops selling famous label goods, and the Ritz Carlton Hotel. 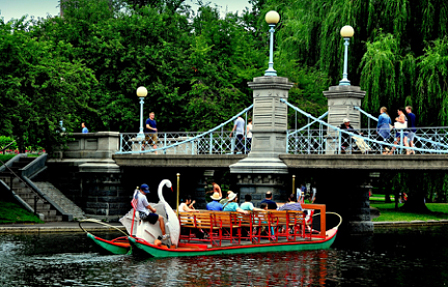 Boston is considered a center of education and culture with over 100 colleges and universities in the surrounding area. The most well-known of these intellectual institutions being Harvard, M.I.T, and Radcliffe. These educational institutions have attracted an international group of students and professors, and today have become centers for cultural, scientific, philosophic, and artistic development. Beyond the city educational centers, such as Harvard Square, are the Boston Symphony Orchestra, numerous theaters, the Boston Opera Company, the Museum of Fine Arts, and the Isabella Stewart Gardner Museum.

The harbor is a major east coast seaport and one of the oldest continuously operating fishing ports in North America. A natural protected harbor on Massachusetts Bay, the Port of Boston has been used as a trading center since before colonial times, and now is a natural safe protected port in which to dock when cruising on a  yacht charter in New England.