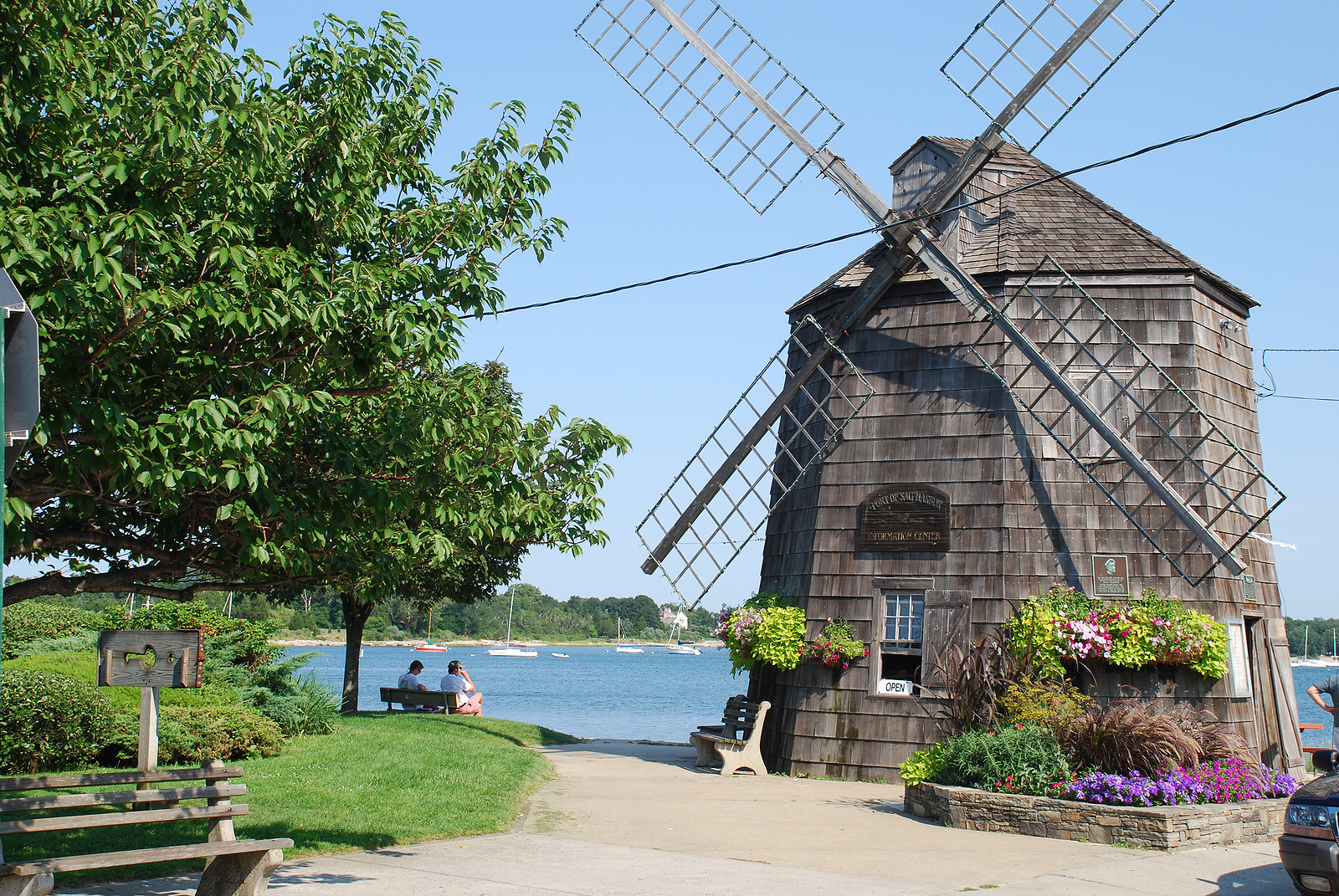 Tucked into the eastern end of Long Island in New York, Sag Harbor, is a great location to embark, disembark or just to visit as a port o’ call, during a crewed yacht charter in New England. A large protected natural harbor made this the perfect location for a colonial settlement to burgeon on shore. Today the Sag Harbor Village District is on the National Register of Historic Places surrounding a still well protected harbor, now mainly in use by visiting yachtsmen.

Originally settled in the early 1700’s, Sag Harbor is said to have been named after a local tuber vine grown by the native Indians, the Metoac Algonquins, called the sagabon. By 1789, the town had grown to be an important international port and a particularly important whaling ship port from whence whaling ships could head out to the greater Atlantic Ocean on the hunt for whales. The whaling industry hit a peak in the village in the 1840’s, however not before making a big enough impact for the port to be mentioned several times in the famous whaling novel “Moby Dick”.

What to Do and See in Sag Harbor, New York

Today, Sag Harbor is a sleepy historic village which surrounds a large harbor, peopled by a generally upscale community as real estate in the area is at one of the highest values in the U.S. Relying in the summertime on tourism and local visitors that might be enjoying summering in “The Hamptons”, this is a village of chic boutiques, specialty shops, and restaurants that feature local fresh seafood. Nearby are the many beaches that have made the area a destination for summertime fun, including Foster Memorial Beach, with one mile of beach on the bay rather than the ocean, so that the waters are calm for swimming.

Visit the Sag Harbor Whaling Museum housed in Benjamin Huntting II’s home built in 1845. Huntting was a prominent and wealthy local resident having made his fortune from whaling and whale oil, so what better place for a Whaling Museum to reside? The structure, now on the National Register of Historic Places, is an excellent example of American Greek Revival Architecture. Another historic museum to visit is the Custom House Museum, home and workplace of Henry Packer Dering, Sag Harbor’s first United States Custom Master, who acquired the property in the early 1790s, after Sag Harbor became a United States Port of Entry in 1789 for whalers, coasters, and West Indian trade ships. And stop by to visit the historic and architecturally beautiful First Presbyterian Church, also known as “The Whaler’s Church”, built in the Egyptian Revival style.

Cruise into Sag Harbor on your crewed charter yacht and enjoy the village atmosphere, nestled in next to other yachts in this upscale historic New England “Blue Blood” summer destination.