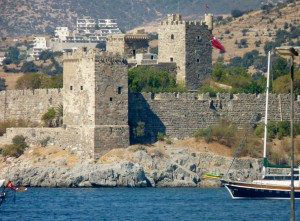 Board your Gulet in the evening before dinner in Bodrum. Overnight in Bodrum Harbor with dinner on deck in the shadow of the Crusader Castle. Enjoy the ambiance on board in Bodrum Harbor, or go ashore after dinner for the busy nightlife of the Bodrum Bazaar, which spiders out from the harbor around the castle. 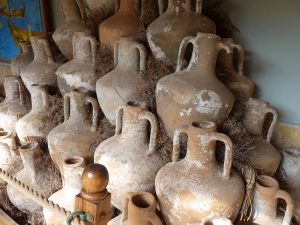 In the am explore Bodrum, or ancient Halicarnassus, which is situated on a peninsula facing the island of Kos, and is the hometown of Herodotus. Guarding the harbor is a virtually intact castle built by the Crusaders. This castle now houses an excellent underwater archaeological museum where many of the artifacts are housed found in wrecks along the ancient trading route where you will be sailing. This is a must see. Bodrum also has a very nice bazaar and an attractive town located around the harbor. After lunch set sail towards Knidos and stop in a beautiful anchorage in a protected area for swimming and sunning, in unspoiled natural settings. 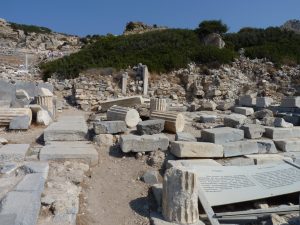 In the am have breakfast in the quiet beauty of your remote anchorage away from it all, and then cruise along the Turkish Coast with the Greek Dodecanese Islands in sight in the distance to the ancient harbor of the ruins of the city of Knidos. This ancient city sitting on a clear-water cove at the tip of the Doric Peninsula was a center of art and culture in the 4th-century BC. Drop anchor in the larger of the two harbors, and enjoy lunch surrounded by the ruins of this ancient wealthy trading city.

After lunch, go ashore to visit the site of Knidos, which includes city walls, two theatres, terraced streets, and the remains of several temples including the temple of Aphrodite. Triopian cliffs will be flush in rosemary and myrtle and there is a theater and stoa at the water’s edge. See the Temple of Aphrodite (the “round” temple reconstructed during the Roman period), once housing Praxitele’s first nude. A must visit. There is an additional entrance fee for all to visit Knidos paid at the gate. After visiting Knidos, cruise to the little Turkish Village of Datca and explore ashore, before finding a lovely anchorage for the night. 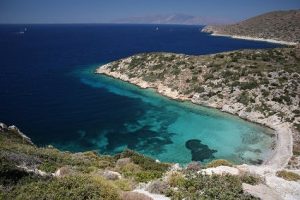 Cruise in the early am to the little seaside village of Datca to clear out of Turkey and head to the Greek Island of Symi. A lovely, mountainous island, Symi (or Simi) was reputed to be the birthplace of the Three Graces. Explore the Venetian flavor of the shops and taverns of Symi Harbor, as colorful and inspiring as the houses and churches which cascade from the hill tops down to the water. 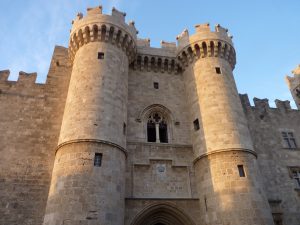 In the am cruise to the Greek island of Rhodes and after lunch, head off to explore the walled Old City and castle. The incredibly well preserved old town of Rhodes is the largest inhabited medieval town in Europe. Once an important fortress for the Crusading Knights including the Knights Hospitalier and Knights of the Templar, the tranquil, twisting alleyways in the old town are a web of Byzantine, Turkish and Latin architecture. It is well worth the time to wander and explore the old town of Rhodes behind the huge entrance gates and walls and even tour the castle within. There are many shops, cafes and tavernas as well. Wander back into Old City at night for a very busy nightlife. 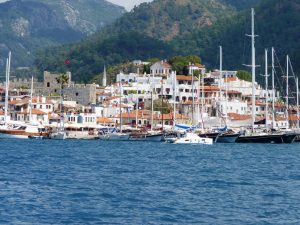 In the am, leave for Marmaris, and clear back into Turkey. Anchor or dock on the old quay in the shadow of the castle ruins, and walk around the busy quay and back into the bazaar right behind the main quay. Perhaps after dinner visit “Bar Alley” in the bazaar for nightlife. 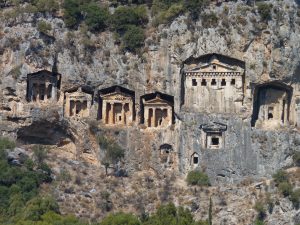 This tour takes you inland along the reed-lined channels of the Dalyan River delta, where you need to keep an eye out for turtles, herons and kingfishers. At Caunos visit the remains of a theater, a Byzantine church, a Roman bathhouse and an agora. For the adventurous, there is a theatre acropolis on the hill above the site, which rewards the climber with a magnificent view of the entire area. Head up-river to the town of Dalyan, and pass beneath the Lycian Tombs. Stop in the town of Dalyan where your guide Abidim will arrange a lunch at a riverside Taverna of fresh Dalyan River seafood and other fresh Turkish food for non seafood eaters. Lunch is an additional charge based on what is ordered.

Take a brief stroll through the town before returning by river boat to the yacht in Ekincik. Head towards Gocek Bay, perhaps to anchor and swim over the ruins of Cleopatra’s Baths. Overnight on anchor, dinner aboard

Return back into and disembark in Gocek in the am for transfer to Dalaman airport for flight to Istanbul.