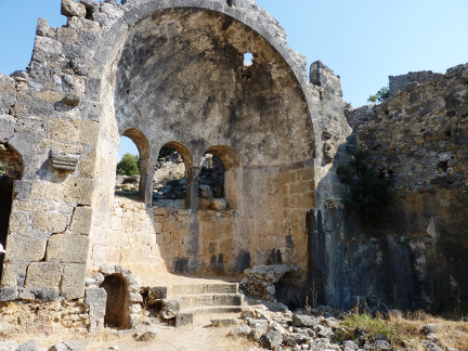 Board the yacht in the afternoon in Gocek, settle in, and sip a cocktail on the aft deck while you depart for Gemiler Island. Enjoy a relaxing dinner on board. 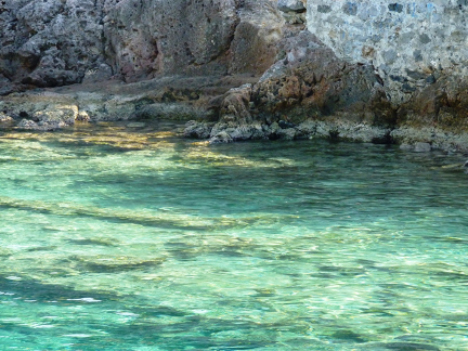 After breakfast, spend the morning swimming and snorkeling over sunken ruins. Then, take a tender ashore to explore the Gemilier Island. Walk around the remains of a sizeable Byzantine settlement and see a beautiful mosaic in one of the churches. Marvel at the covered walkway and peer into dwellings and a cistern. Take advantage of the fabulous view from the summit and sit down with champagne glass in hand while watching the sun set over the sea. Those with the need for further exercise or interest in exploring can take the hiking trail back into the mountains for a visit to Kayakoy village, an abandoned Greek village from the mid 20th century, now a true ghost town. 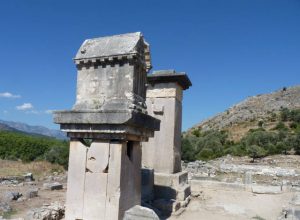 Leave early for Kas, one of the most famous tourist resorts along the southern coast of Turkey. Kas is also historically important as it was originally the ancient town of Antiphellus, harbor of the town of Phellus. On the top of the hill, offering a view over the creeks and inlets, stands the Greek theatre, built during the first century BCE; its proportions, excellent condition and panoramic position have made it one of the most outstanding monuments along this stretch of coast. From Kas, a driver with a guide can take you to nearby Xanthos, Patara and Letoon, returning you at the end of the day to Kas.

Xanthos was the capital of the Lycian league which rose to the height of its splendor in the 10th century BC. Patara, known as the birthplace of Apollo, was an important grain trade port in antiquity and is now mostly covered in sand dunes – still, it is an interesting place to visit. Letoon was a place of worship for the people of Xanthos and is cited in many guidebooks as one of the most delightful sites in Lycia. The foundations of three temples remain and most are underwater. Your yacht can cruise to Kekova while you tour and join the yacht in Kekova at the end of your tour. 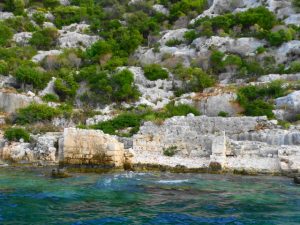 Stay in Kekova Bay for a two-day visit to include Kekova Island, Ucagiz and Kalekoy (ancient Simena). Kekova Island has a very nice spot known as Tersane, where the apse of a church stands on the beach. The sunken city is the other major attraction on Kekova Island. Where the land subsided, it took the remains of a town with it, so the ruins can be viewed from above. Ucagiz is a small town which has yet to be disturbed by tourism. There are a number of sarcophagi to be seen near the town.

At Kale Koy, there is a single sarcophagus standing in the water and some interesting steps carved into off-lying rocks. Perhaps the highlight of a visit to Kekova is the climb to the castle and the medieval fortress on the hill. The view is breathtaking. Another option is to tour Myra, the church of St. Nicholas and the Demre-Ucagiz area via land tour, which are important Lycian historical centers. Tour the Lycian house type tombs and the Myra amphitheatre. 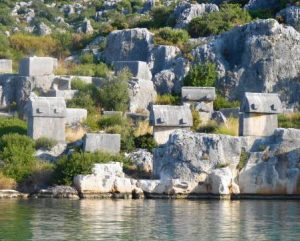 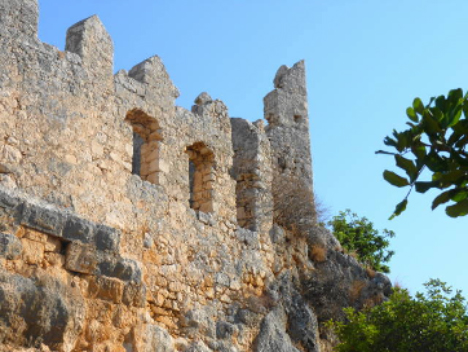 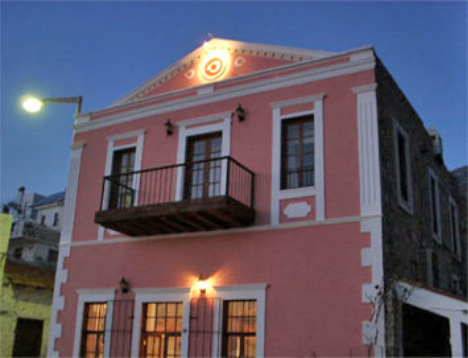 An early morning departure for Kalkan. Lunch in anchorage and spend the afternoon exploring Kalkan, an important port during the 1800’s. Settled by Greek and Turkish people under the Ottoman Empire, Kalkan was a large trading port. Here goods were brought in by camel from inland locations and put on trading ships bound for other international ports. Kalkan grew as a prosperous city and its many streets are and buildings are reflective of the Greek Ottoman architecture of the 19th century. Wander this unspoiled trading city and explore the many nooks and crannies, filled with little shops and hidden terraces. Overnight in Kalkan. 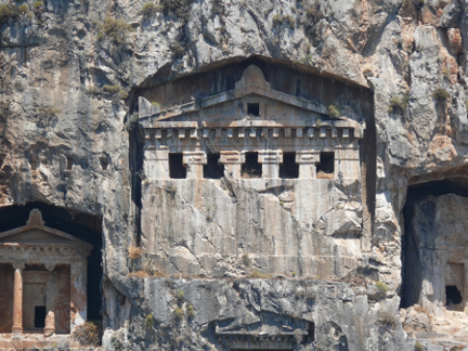 After breakfast, sail for the bay of Ekincik and take a small river boat up the Dalyan River to the ruins of ancient Caunos. Join a local guide here and spend an hour or two walking around this Carian site. Spend time in Dalyan village exploring, with lunch at a riverside taverna, and perhaps a trip up the river to the lake, before returning to the yacht at Ekincik. Return to the Gulet and sail for Kumlu Buku for dinner beneath the ruins of ancient Amos in picturesque surroundings. Go ashore and stroll around the site of ancient Amos or stay in the bay to enjoy the clear waters. 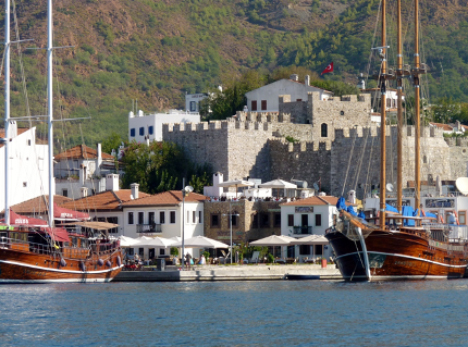 Early departure for Marmaris to disembark. Before leaving Turkey, explore the castle ruins and the many meandering alleyways of the bazaar.