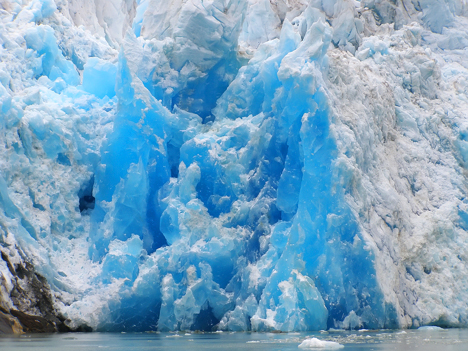 The Sawyer Glacier sits at the top of Tracy Arm, 45 miles south of Juneau, and is one of two fjords that occupy the Tracy Arm area. Along with Endicott Arm, the area covers about 653,179 acres and both fjords are about 30 miles long. About one-fifth of the area is covered in ice. Approaching by sea, visitors sail along meandering bends and pass blocks of ice on their way to view the faces of the North and South Twin Sawyer Glaciers, located at the head of the fjord. 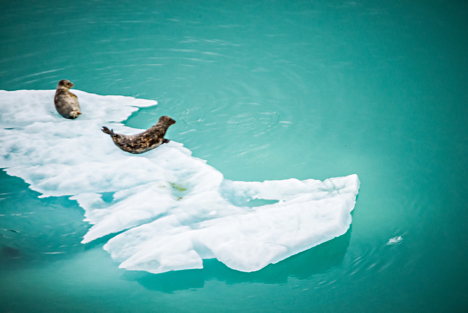 The sides of Tracy Arm rise steeply to the 7,000-foot height of the surrounding mountains and reveal numerous waterfalls and glacial blue water. The area is home to a variety of wildlife including black and brown bears, deer, wolves, harbor seals, sea lions, eagles, mew gulls, arctic terns and pigeon guillemots. Mountain goats are occasionally spotted near the base of Sawyer Glacier. Often little harbor seals are basking on the small blocks of ice that have calved from the face of the glacier. 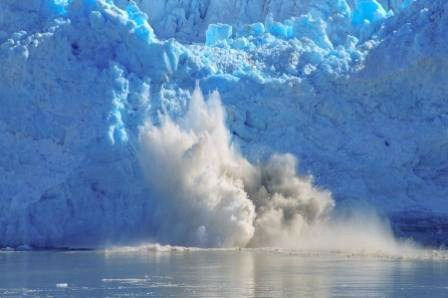 Calving on the Face of the South Sawyer Glacier 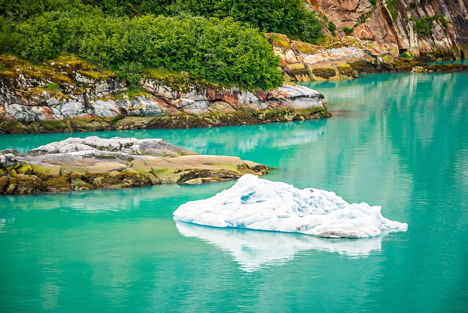 Ice Floe in the water of Tracy Arm

Spend time up close to each glacier, watching the calving action, however beware of the large waves created. If in a tender, you can go right up under the face of the glaciers and circle around the ice chunks with harbor seals basking in the sun. Put sea kayaks in the water and kayak around the ice field, stopping to break chunks of glacier ice off for drinks later. 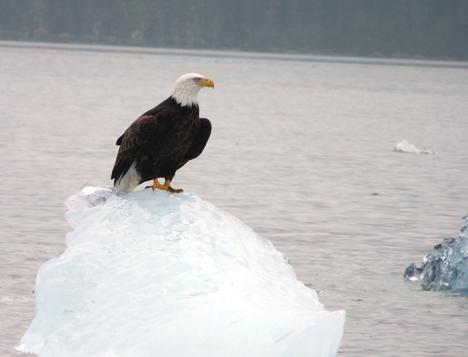 Bald Eagle Perched on an Ice Floe in Tracy Arm

When cruising up and down Tracy Arm, watch for the many waterfalls that drop down from the mountains into the fjord, and be on the lookout for wild and marine life. 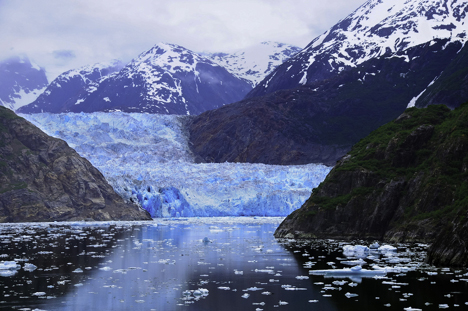 A cruise up Tracy Arm on a private yacht charter is an excellent opportunity to see calving faces of a tidewater glacier and is one of the best locations in southern Alaska outside of Glacier Bay. Combine the active calming activity which occurs on each face of the Sawyer Glacier about once an hour along with calm waters in which to sea kayak around ice floes, the abundant wild, bird and marine life, and a trip by private yacht up Tracy Arm to either face of the Sawyer Glacier is a very memorable experience.