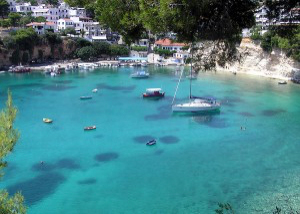 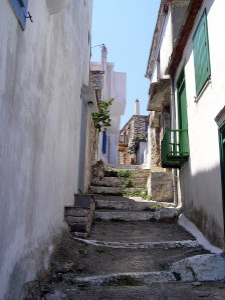 Mainly an agricultural island, the soil on Alonnisos supports the cultivation of olives, grapes, figs and almonds. Throughout history Alonnisos was known for the quality of wines produced from the grapes grown on the island until recent history in the 1950’s when many of the vineyard vines were destroyed by a fungus. The vineyards are slowly re-establishing however, and today local wines can be found on the island. Life on the island was centered on the village of Alonnisos, with wine presses still hard at work, until a major earthquake in 1965 relocated many of the villagers to the port town of Patitiri. The original village of Alonnisos, an old fortified village, is still inhabited, although not by as many villagers as before the earthquake and is still well worth visiting for a feel of traditional Greek island village life at its very best. 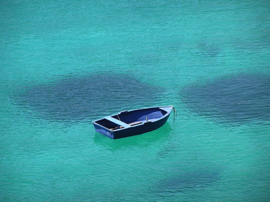 What to See and Do on Alonnisos Island, Greece

The National Marine Park: Alonnisos is the largest island of an important National Marine Park founded by Presidential Decree in May 1992 which protects 10 percent of the world’s endangered Monachus Monachus seal population, one of the largest seal species in the world, with a length of 6-9 feet and an average weight of 100 pounds. The Mediterranean Monk Seal was important in Ancient Times and has been found represented on ancient Greek coins and mentioned in passages by Homer describe seals basking in the sun on sandy beaches. Besides Alonissos Island, there are six smaller islands: Peristera, Kyra Panagia, Gioura, Skantzoura, and Piperi, and 22 uninhabited islands and rocky outcrops that are all part of the National Marine Park.
Old Town (Hora): On the island of Alonnisos, Hora is a traditional old village, with cobblestone streets, and stone stairways leading to rust colored Venetian style buildings. Look in the local stores selling medicinal herbs, wines, olive oil, and homemade food products.

Visiting this area by taking advantage of Greek yacht charters is a real treat and provides the ability to anchor in beautiful private anchorages, and to see the Monk Seal in its natural habitat. With so many little islands and islets, several days can be spent in the National Marine Park visiting Alonnisos, and other islands, all surrounded by beautiful waters.