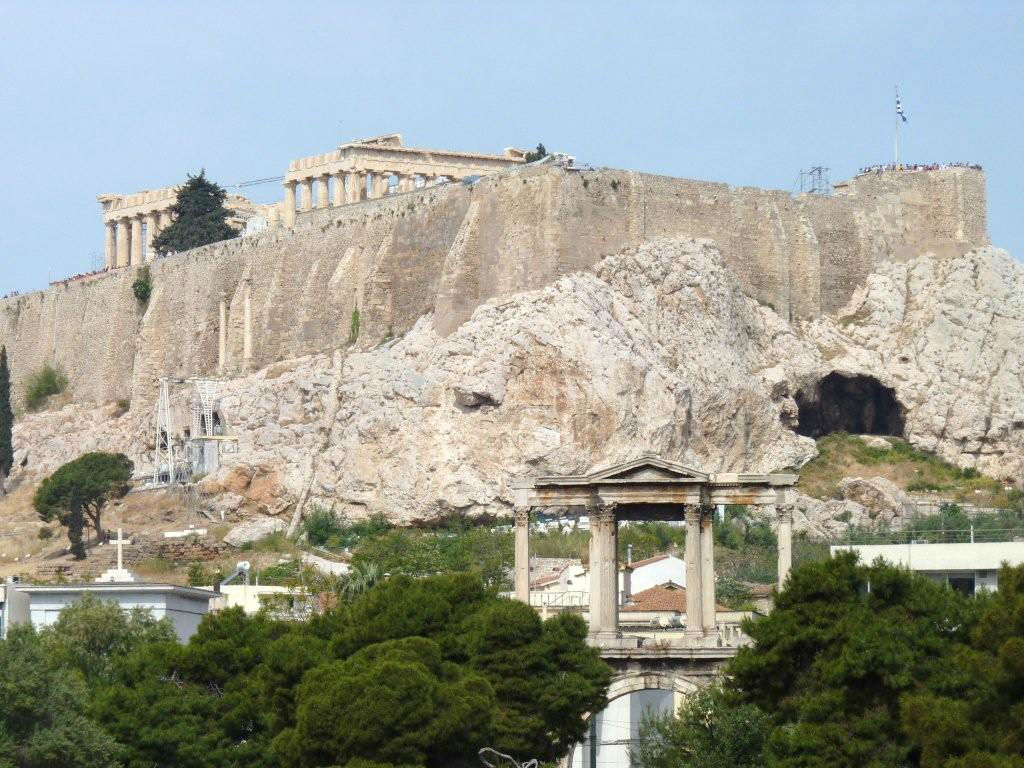 Historic Athens, the vibrant capital of Greece, is considered by many to be the birthplace of democracy and western civilization and these ancient roots reverberate in monuments and edifices. Any visit to this revered city must include the Acropolis, one of the most famous archaeological monuments in the world with its Doric temple The Parthenon. Athens is one of the world’s oldest cities, and its recorded history includes over 3,400 years. 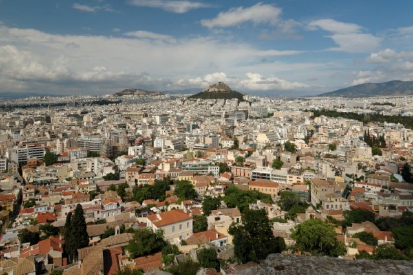 Athens is surrounded by mountains to the north and east, and the Saronic Gulf to the south and west and has grown around the Port of Piraeus, now the central commercial port of the capital. This prime location gave rise to its growth and a 5th century civilization that extended well past the city limits. In 1834 Athens was chosen to be the capital of Greece and the city grew around the Acropolis walls to once again be the political, social, cultural, financial and commercial center of Greece. 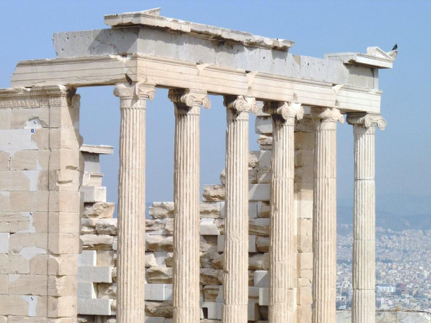 What to Do and See in Athens, Greece

The Acropolis: The Holy Rock of the Acropolis dates to the 5th century BC, the Golden Age of Pericles. Now a UNESCO World Heritage Site, many people feel that the Acropolis is one of the most spectacular gifts to civilization today left by the Ancient World. At its inception an exceptional group of artists developed the ambitious plans of Athenian statesman Pericles, as guided by the sculptor Pheidias, and transformed a rocky outcrop in Athens to the Acropolis we see today. The Parthenon, an exceptional building of pure proportion was built by Ictinus, the Erechtheon, the Propylaea, and the monumental entrance to the Acropolis, were all designed by Mnesicles along with the small temple Athena Nike. The Acropolis was designed to be seen from greater Athens below, when looking up, as being perfectly proportioned, by building each building to adjust for the distortion the eye might make when looking upward. Today, many of the original sculptures and carvings are in the British Museum.

The Parthenon passed through many different phases over the centuries, including being a Christian Church in the 6th century AD, and an Ottoman Mosque in the 1400’s. In the 1687, the Parthenon was a Turkish munitions dump and was hit by explosives by Venetians which severely damaged the structure. Today, to really understand the Acropolis and the unique proportions that were included in the construction of all buildings on the Acropolis, a private guide is recommended. 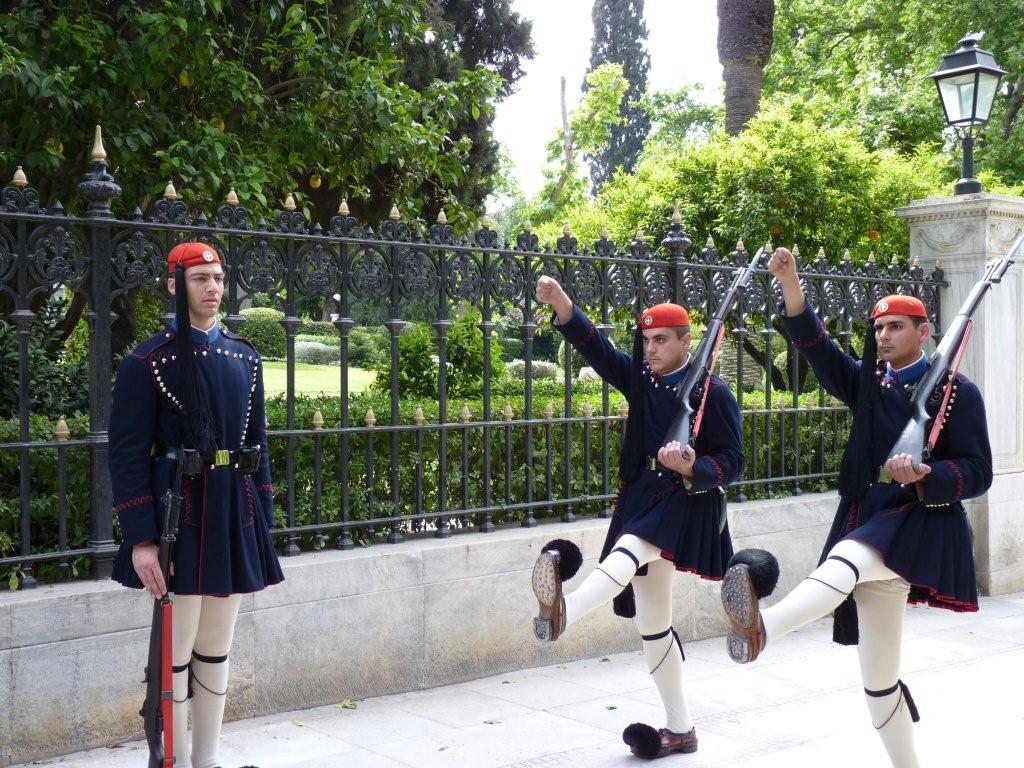 Tomb of the Unknown Soldier Changing of the Guard

The Tomb of the Unknown Soldier: A war memorial located in Syntagma Square in Athens, in front of the Old Royal Palace, the Tomb, dedicated to the Greek Soldiers killed during war, was sculpted between 1930-32 by sculptor Fokion Rok. Today the draw is to see the changing of the guard who wear a unique uniform and have a particular manner of marching. The tomb is guarded by the Evzones of the Presidential Guard, which are the last unit of the Evzones in the Hellenic Army. Their uniforms are derived from the klephts in the Greek War of Independence. The Guards switch positions with each other every fifteen minutes and in the meantime remain completely motionless. The Grand Change of the Guard takes place at 11 am on Sunday mornings, with the whole Guard and a military band, marching from the Guard Barracks to the Tomb for the Change.

The Temple of Olympian Zeus: Dedicated to Zeus as the Head of the Olympian Gods, the Temple of Olympian Zeus was a colossal temple in the heart of ancient Athens. Construction began in the 6th Century BC, however was not completed until the Romans had control of Athens, some 600 years after the first stone was laid. At the time of completion during Roman rule, the temple, with 104 colossal columns, was the largest temple in Greece and held one of the largest cult statues in the ancient world.

Syntagma Square: This is the heart of Athens and home to Parliament and the Ministries. A walk around the famous historic triangle of Plaka, Thission, and Psyri reveals old neighborhoods with historic mansions, luxurious department stores, chic shops, fine restaurants and traditional tavernas.

Historic Archeological Monuments and Museums: Besides the Acropolis, the city is home to many important archaeological monuments, including the Odeion of Herodes, Atticus, Olymbion, the Roman Market, Panathinaiko Stadium, and the Temple of Poseidon in Suonio. Many museums house the country’s cultural treasures including the Archaeological Museum, Military Museum, the Byzantine Museum, and the Acropolis Museum.

Plaka: After night falls, visitors encounter a lively city with a variety of clubs, bouzoukia, restaurants and bars. However, it is in the Plaka where all is vibrantly alive, and where little shops stay open almost until midnight. While T-shirt shops reign supreme, there are a few pottery shops, and shops selling other traditional Greek wares, along with great restaurants serving traditional Greek food.

A day tour of this city might include a visit to the Parliament to see the Changing of the Guard in front of the Tomb of the Unknown Soldier, the remains of the Temple of Olympian Zeus, the Port of Pireaus for a fresh seafood lunch, the Acropolis Museum, the Acropolis, the Plaka, and dinner in the Plaka at a great Greek Taverna.