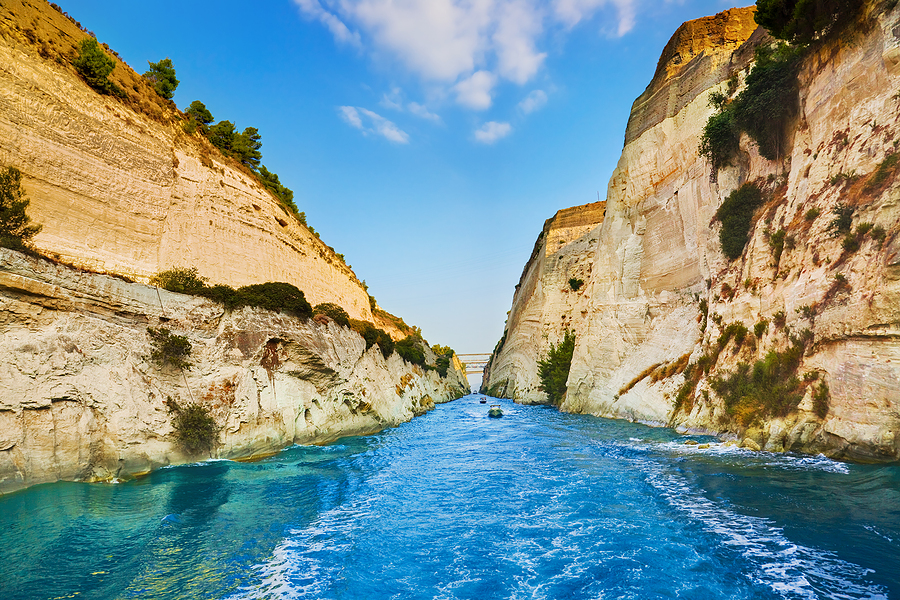 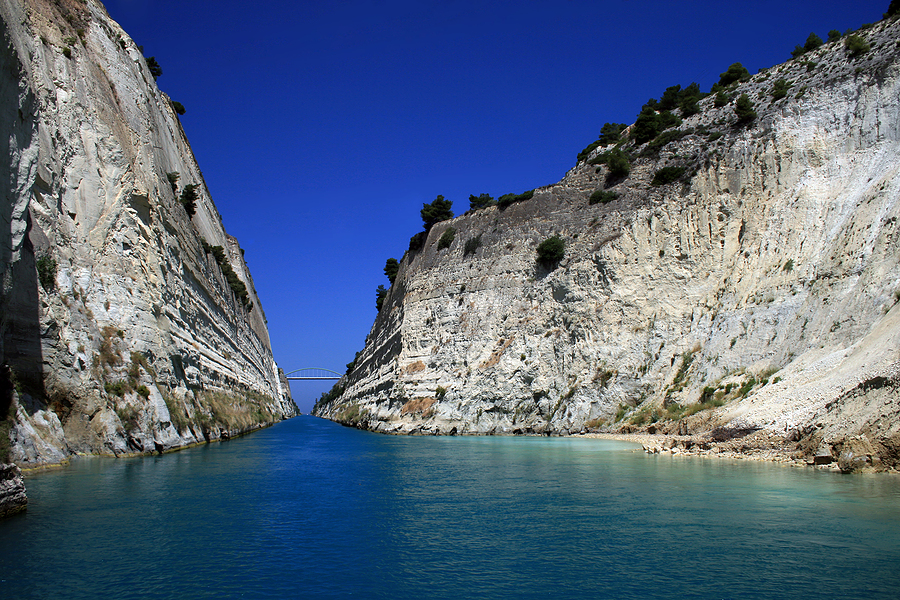 The Corinth Canal effectively connects the Aegean Sea with the Adriatic Sea and separates the Peloponnesian Peninsula from the mainland of Greece. Built all at sea level so as to avoid locks, the Corinth Canal is a deep cut into the landscape and was a great technological and engineering feat when built. The Corinth Canal is 6343 kilometers in length, 8 meters deep with sheer walls rising up 63 meters from the water level of the canal to the land surface. The canal was built at a width necessary for ship travel in the late 1890’s, however today is too narrow for some modern ships to enter. 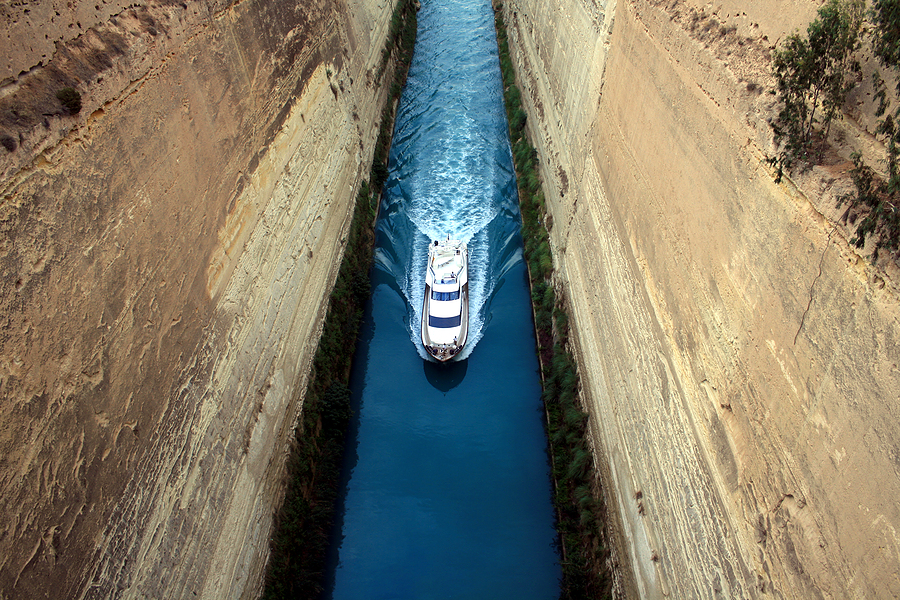 Traffic through the canal must be monitored for one way cruising only, and there is a cost to use the canal for each crossing. Most crewed yachts available for charter are still in a size range to be able to cruise through the Corinth Canal, except for the largest of charter motor yachts. Cruising through the Corinth Canal reduces the cruising time needed by at least 185 nautical miles to round the southern end of the Peloponnesian Peninsula to access the lovely Ionian Islands for a yacht charter cruise.