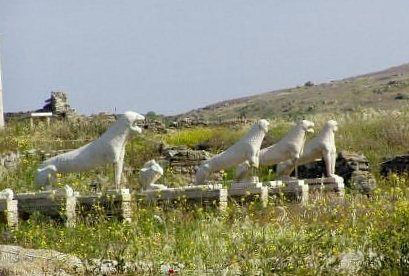 Delos Island in Greece, the center of the Cyclades, has been inhabited since at least the 3rd millennium B.C. As did the Hellenic Nation, this island rose in importance and around 480 BC, became the center of the Delian League. The Delian League located their treasury on Delos solidifying the importance of this island in the ancient world. Today Delos is a UNESCO World Heritage Site and one of the most important archeological sites in the world. This island, located just next to Mykonos is open to visitors 12 hours during the day, every day of the week.

Claimed as the mythological birth place of Apollo, Delos was immensely wealthy and was so impressive that the Romans retained Delos as a free port when they came into power. Delos finally collapsed in 88 BC when conquered by Mithridates. Today, the remains of what was once a very powerful island are only partially excavated.

How to See the Island of Delos, Greece

This is an extensive archeological site, however, only a small part has been excavated. That which has been excavated is remarkably well preserved, including floor mosaics, and statues. However, the excavations are not well marked. Having a private tour guide, which your Captain can arrange, really adds another dimension to understanding this extraordinary site. A private guide can meet you at the dock near the ticket booth.

It is a good idea to arrive early in the day to explore Delos as the hot sun reflecting off the white marble and other stone and the lack of shade can cause temperatures to rise by midday. 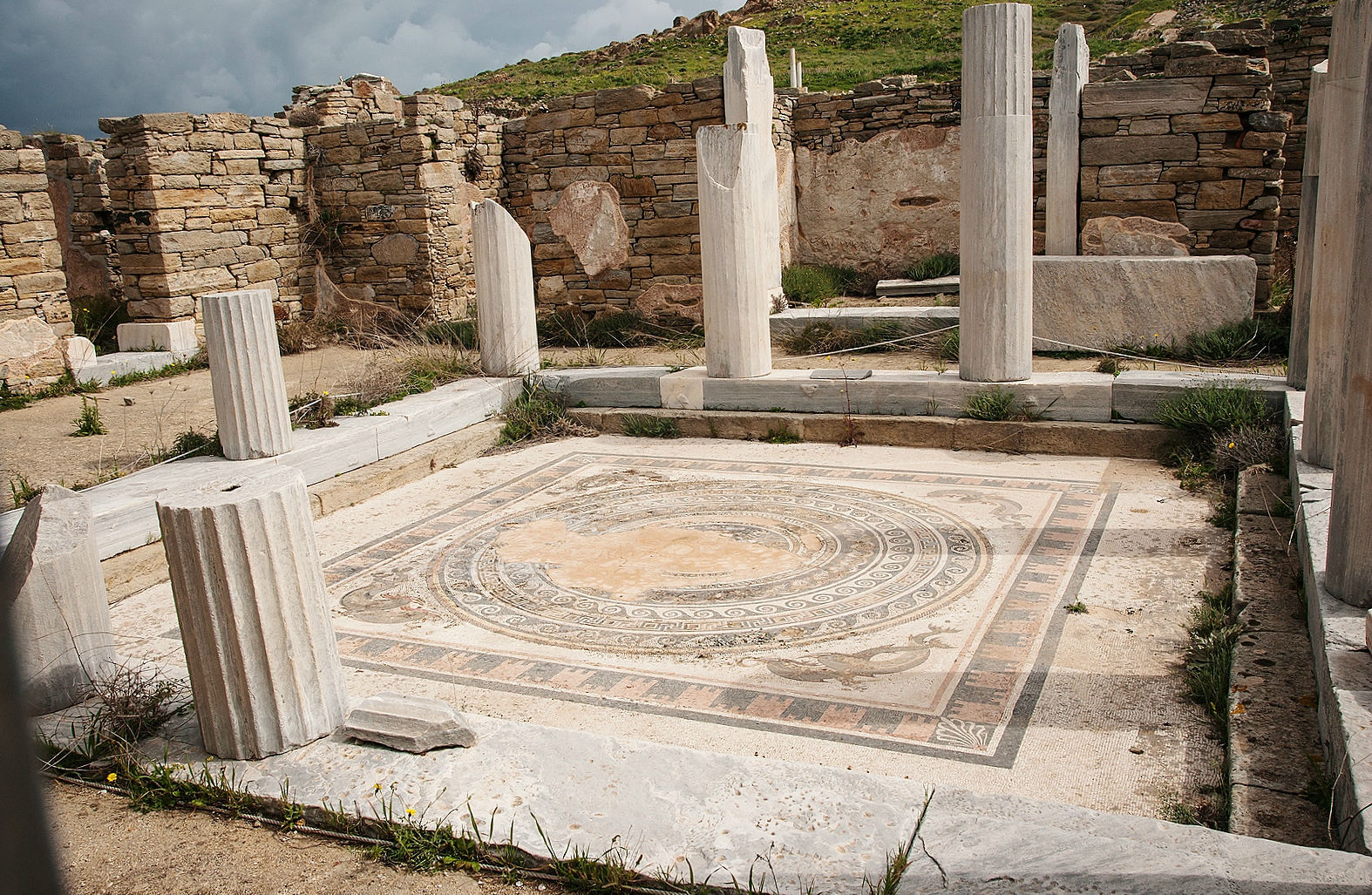 All over the island are the remains of temples, homes, and monuments. There is also an impressive array of different cultures that left their mark on the island. Shrines for Samothracian, Egyptian, and Syrian Gods are interspersed amongst the Greek shrines. The Temple of Isis stands high above most of the town. Entire sections of the residential areas are more or less intact. The streets are still clearly outlined, many of them with sewers running underneath. The northern section of town featured more modest living quarters with smaller apartments, each with only several rooms. Wildflowers have gained foothold in the ruins, peaking out in various places, to add color. A hill rises on the south side of town in an area known as the theater district. It is here, on the south side of town, that some of the truly opulent houses can be found with beautiful mosaic floors often showing dolphins, which symbolized Apollo, or panthers, which symbolized Dionysus. In the House of the Masks, in which the exterior walls are still virtually intact, a mosaic can be seen of Dionysus riding a panther, along with another mosaic of theatre masks. Several rooms in this building contain large sections of the original wall decoration as well as the floor mosaics. 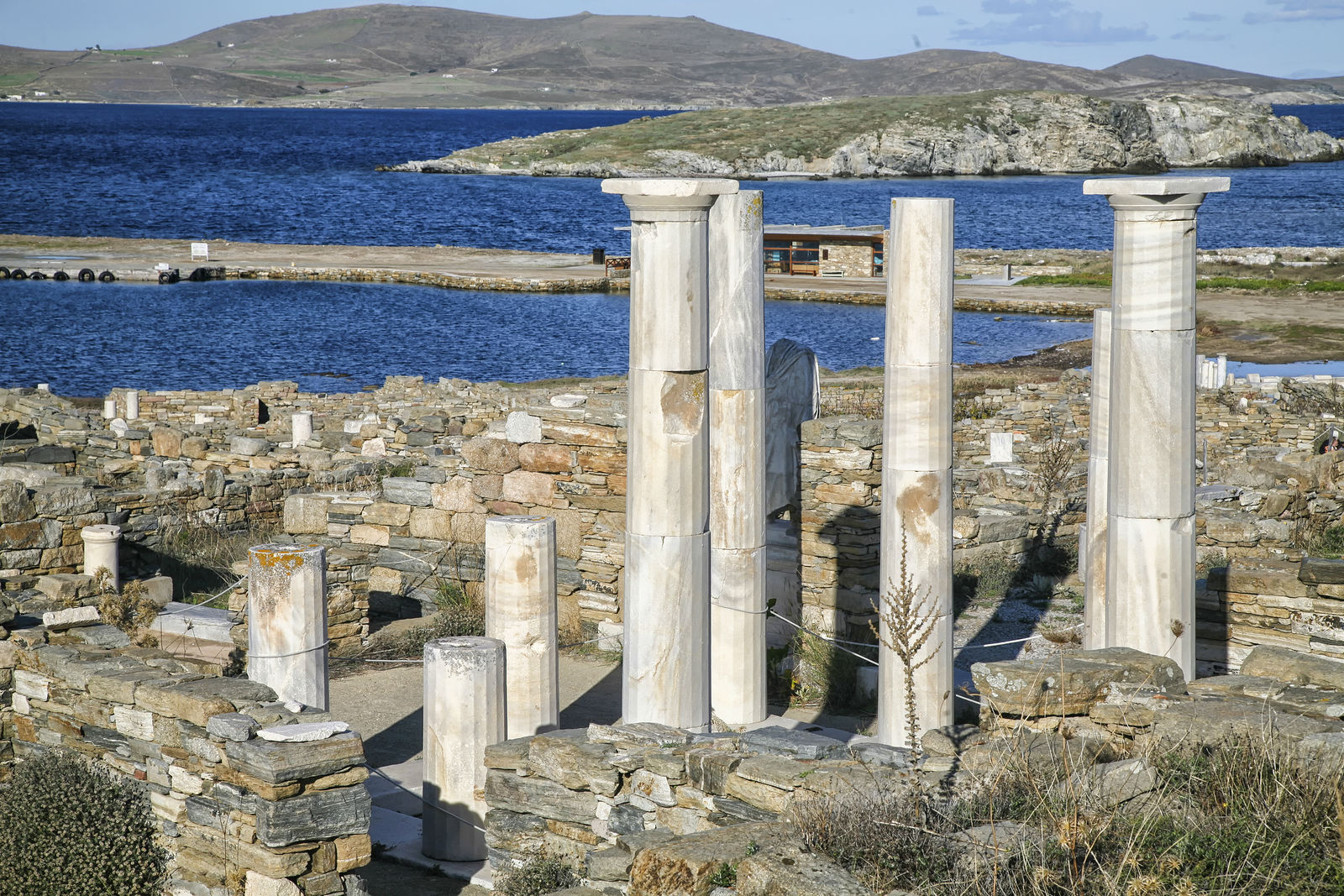 Visit the museum after a walk through the excavated area, which is where the famous marble lions that once guarded the sacred lake now stand on guard. The ‘sacred lake’ is the supposed birthplace of Apollo, however today is overgrown and no longer holds water. The museum contains statues found during excavation, along with many everyday items housed in display cases.

It is well worth spending a full morning exploring Delos, and visiting the museum, by having your yacht anchor in the harbor next to Delos and coming ashore by ship’s tender. The island of Delos near Mykonos is one of the most important mythological, historical, and archaeological sites in Greece, is very easy for your Captain to organize a private guide and is well worth the time to visit on a private yacht charter.