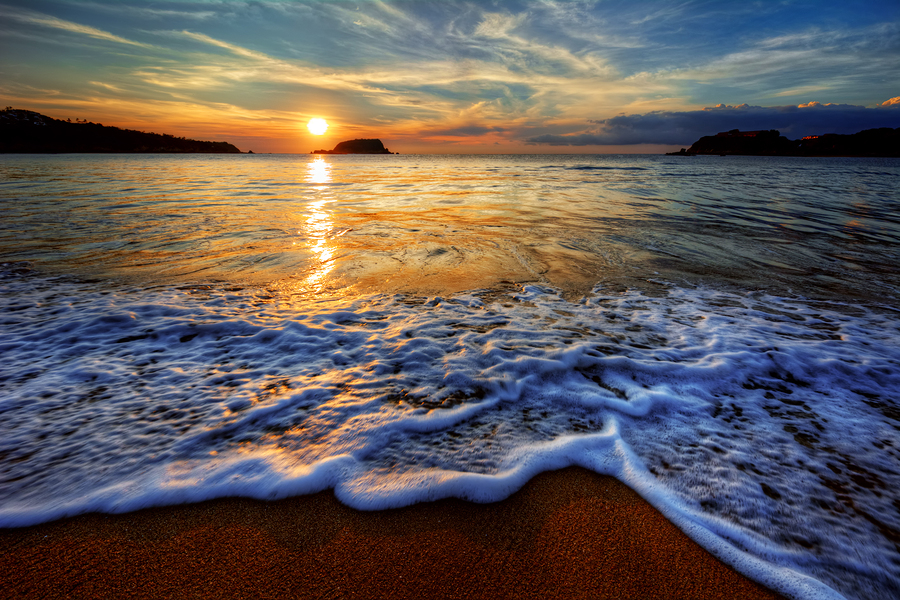 Kea Island, Greece is the first Cycladic Island normally visited on a yacht charter cruise out of Athens. This quiet island has exceptional beaches and excellent paths and trails. In fact, Kea is a hiker’s paradise; perhaps one of the best of the Greek Islands for hiking, with numbered routes that take you through ancient roads in beautiful valleys, down to the seaside and past ancient ruins. Inland along these hiking trails are terraced fields with olive and citrus groves.

It is usually those visiting by yacht that make up most of the visitors on this island, as for now there is only a ferry to reach Kea from Lavrion and not from Athens. There are beautiful beaches, and inland Kea has a great many olive trees, fruit trees, almond trees and oak trees. It was from the acorns of the oak trees that a dye was made that was the primary livelihood of the local people for centuries, along with gathering honey from local hives, which honey, many feel is the best in Greece. When visiting Kea, be sure to head inland to see the real beauty of this island by foot or hoof. 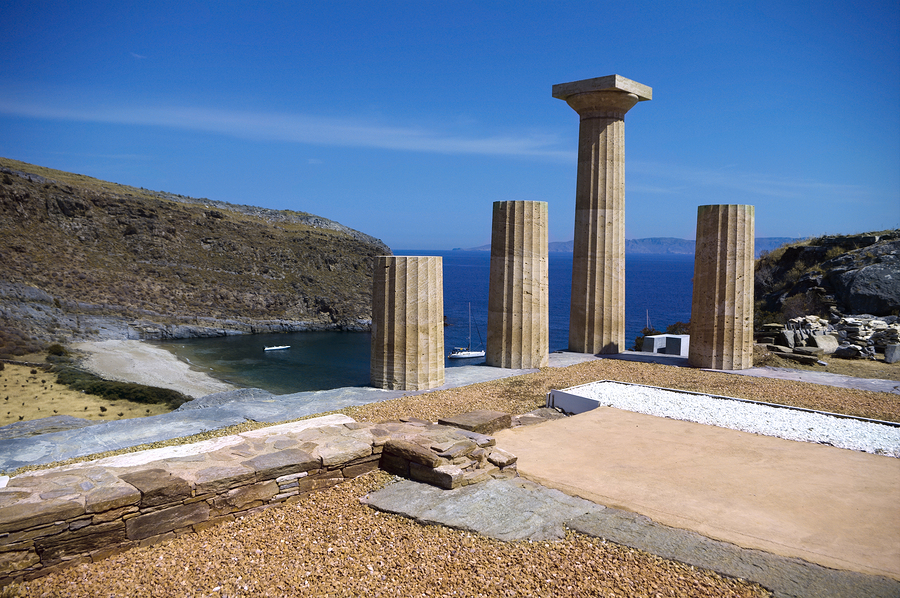 What to See and Do in Kea Island, Greece

Ioulis: The main town on the island, Ioulis, like many of the villages in the Cycladic Islands was built inland away from passing pirates along the coast. This is a village full of walking streets, with all vehicles stopped at the town gates, for further progression of any goods by donkey.

Up on a hilltop is the oldest part of town, probably the Acropolis in Ancient Times and most likely where the Temple of Apollo was located. Here also is where the Venetian fortification walls can be found. Further below this hilltop, in the area which was most likely once the ancient agora, there are seats carved in stone and the church of Agia Paraskevis built inside a cave.

Kea Island was probably more densely inhabited in Ancient Times than today, and so there are many ruins on the island. The Archeology Museum in Ioulis may be one of the best archeology museums in the Cycladic Islands.

Karthea Ruins: Only able to be reached by boat or foot, the ancient city of Karthea, on the southeast coast of the island was founded in the 12th century BC. This is a hiker or boater’s paradise, as few find these ruins, that are virtually out in the wild, and so are some of the most unspoiled ruins in Greece. And the beautiful cove at the base of the ruins just beckons for a swim. Within these ruins are a Temple to Apollo, and Athena, and a theatre, however, nothing is marked. Visiting is more to see a uniquely untouched location that has been in situ for thousands of years.

Lion of Kea: Lounging outside of Ioulis, carved from a local slab of stone, sits the Lion of Kea with a strangely smiling face, that is in remarkable condition for its age. The lion statue is said to reflect the island’s mythological history. According to legend, the island of Kea was once home to a population of water nymphs living near the natural springs, whose beauty, long with the lovely lush island, made the gods jealous. The gods sent the lion to lay waste to the island and scare the nymphs away, in which the lion was successful. From that day onward, the island became the more barren island it is now, despite the natural springs that still bubble to the surface of the island today. 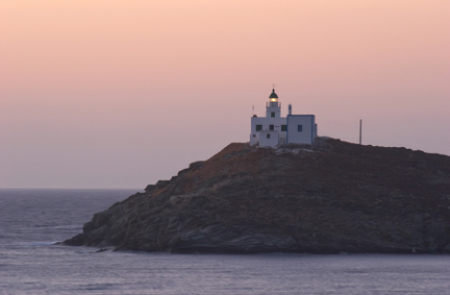 Spend time and explore Kea on a Greek yacht charter, beyond just sailing into Korissia, the little port town where most yachts anchor or dock on the island, and head inland to find the special heartbeat of this island.