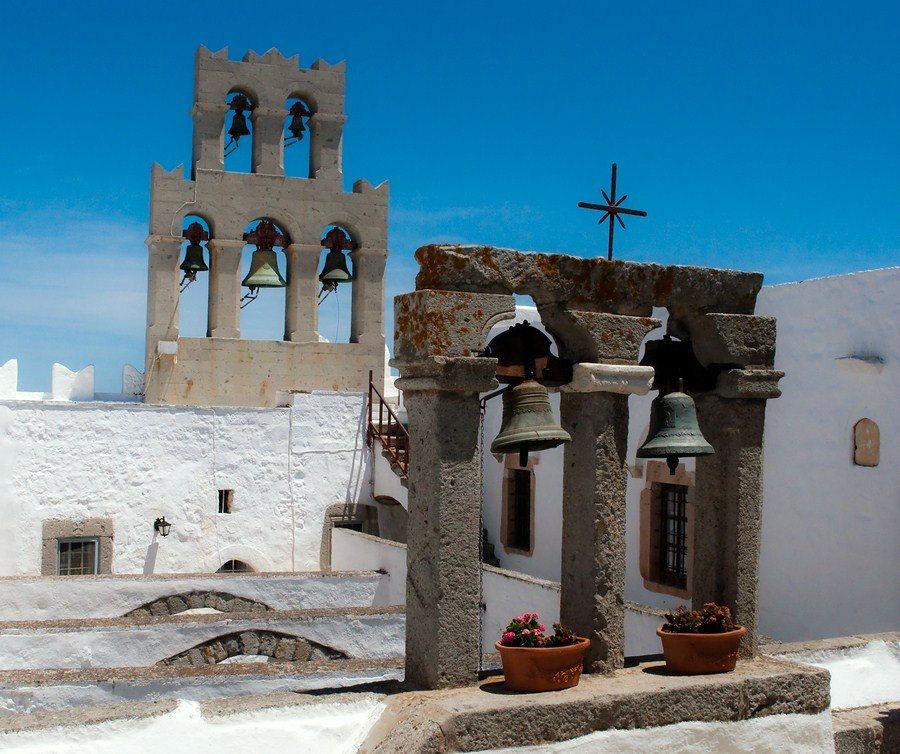 Bells of the Monastery of St. John, Patmos

Yacht Charter in Patmos means including one of the northern most islands in the Greek Dodecanese Island Chain. Patmos has played an important part in history for centuries and is a very compelling island to visit on a crewed yacht charter. Patmos is a beautiful island with lovely beaches and coastlines, however if interested in the history of Christian Religion, visiting the island of Patmos on a crewed yacht charter can be time spent on a lovely Greek Dodecanese Island as well as time spent exploring an island featured in Christian Biblical history. 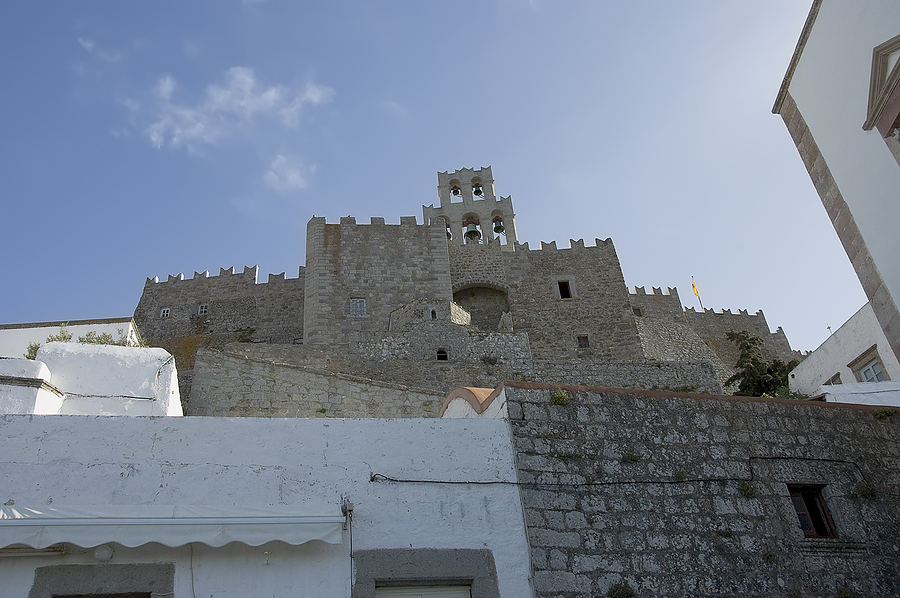 The island of Patmos is claimed to have been the home of John the Apostle while writing the “Book of Revelations”. The Monastery of Saint John the Theologian and the Cave of the Apocalypse have now been named as UNESCO World Heritage Sites. In 1983 the island was proclaimed a Holy Island by the Greek Government. Patmos has remained an island of pilgrimage for those of various religious beliefs. 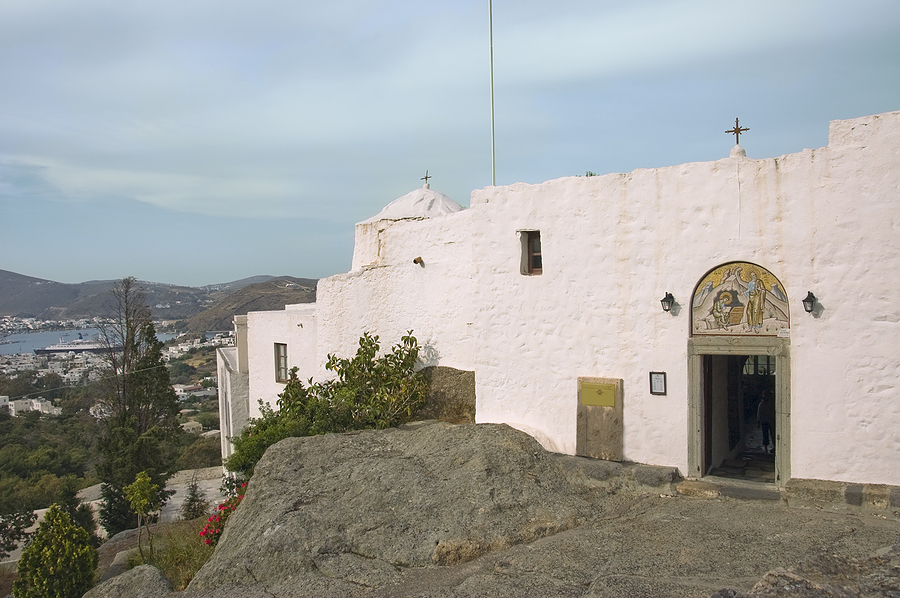 Monastery of the Cave of Revelations, Patmos

Skala is the main harbor and main town on the island, and the best location if arriving by sea to visit this island. It is hard to pass up a visit to the Monastery of Saint John the Theologian and the Cave of the Apocalypse, no matter what your religious beliefs might be, as both are an important part of world history. Perched on the very top of the island, the Monastery of Saint John the Theologian can be seen from any vantage point on the island. Originally built with fortress walls to protect the monks from marauding pirates, the monastery looks much like a castle complete with battlements with an opening from whence to pour boiling oil down on invaders. The Cave of the Apocalypse, where John the Apostle is said to have written the Book of Revelations, is now surrounded by the Monastery of the Revelations, with the sacred grotto on a lower level. A Monk is stationed inside the monastery to guide visitors to see this sacred grotto. 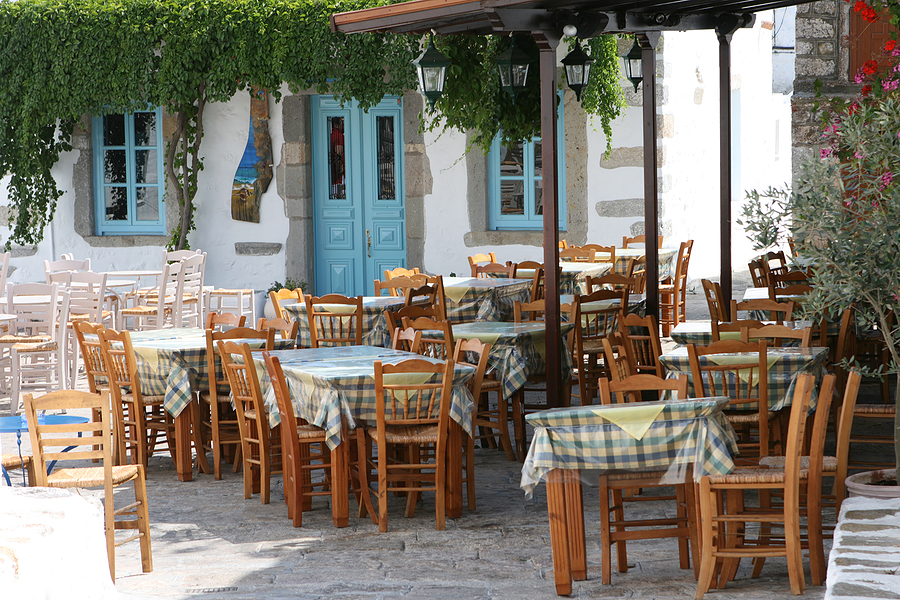 The town of Skala is spread around the main harbor and offers boutique shopping opportunities. Sprinkled around the island are 364 churches and chapels, one for every day of the year. Surrounding the island are beautiful beaches and little bays offering secluded anchorages for quiet private onboard time and perhaps a refreshing swim during your visit to Patmos on a crewed yacht charter.

What to See and Do on Patmos Island, Greece

Monastery of Saint John the Theologian: Perched high on top of a hill overlooking the harbor, the Monastery of St. John with massive fortress walls is in the center of the old Chora or town. During the period when the Monastery and town were built islanders built on the top of hills and in valleys away from the harbor to stay clear of marauding pirates. Inside the Monastery is a lovely church and a good museum of religious history.

Chora: Clumped around the Monastery of St. John, this old village built in the 12th century is a village of little walking streets with very strongly built houses, with very tall walls for extra protection from pirates. Explore the Chora on foot, where there are Tavernas, shops, and art galleries. Also, in the Chora is a main square and three windmills. There are great views from various locations inside the Chora.

Hiking: Old walking paths and donkey trails still exist on the island and so hiking across the island reveals lovely vistas, and usually a small very attractive little chapel.

Skala: The main town around the harbor is a more modern town as the islanders did not trust living around the harbor until the days of pirates were long gone. Wander the little streets, visit the shops, perhaps stop for a drink. At night, while Patmos is a quiet island, there are several bars in which to enjoy a well-mixed cocktail.