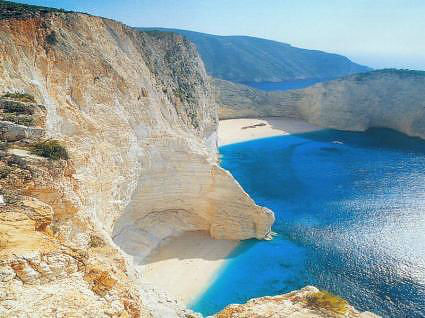 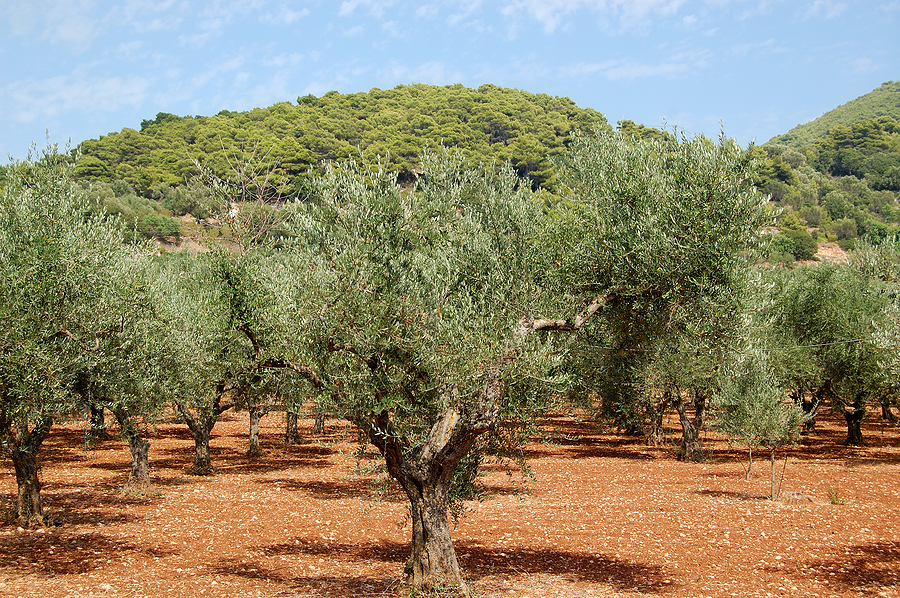 The island of Zakynthos receives a large amount of rainfall each year resulting in rich green vegetation covering the island and a strong agricultural economy producing export goods, which includes olives and olive oils, grapes, citrus fruits, and the Zakynthos small and very sweet seedless currant called the Zante Currant. While exploring the island, enjoy the various scents in the wind and the bounty of local nature served up in the various local tavernas. 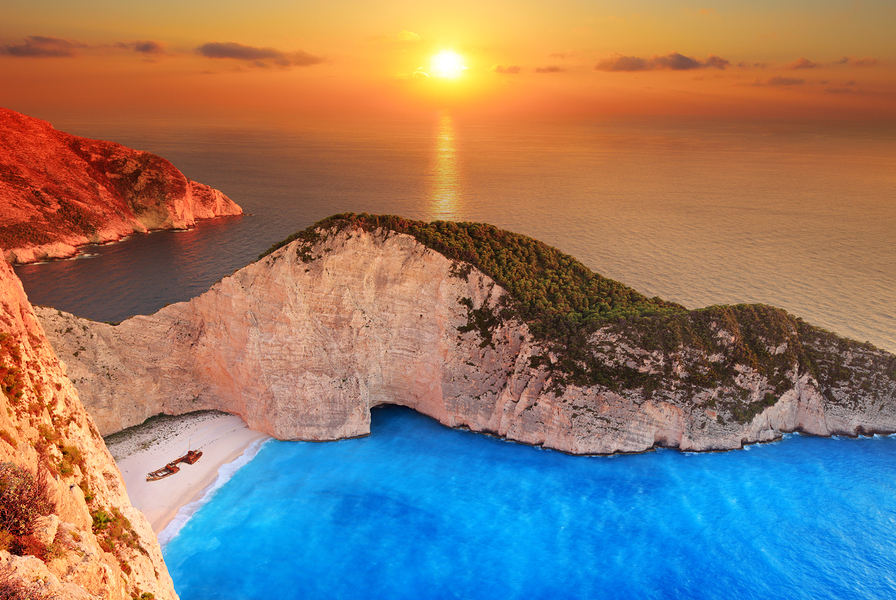 One of the most photographed bays and beaches on Zakynthos is Navagio, on the northwestern side of the island, also known as Shipwreck Bay. Anchor in the bay, surrounded by a tableau of white limestone cliffs, and white sand lapped by crystal clear waters reflecting the sun. Enjoy a refreshing swim in the waters wading ashore to spend time on the white sandy beach, the location of the shipwreck of the coastal trading vessel “Panagiotis” wrecked in the 1980’s with the remains still lying in the sand. On the southwest side of the island is the National Marine Park of Zakynthos, a nesting location for the loggerhead sea turtle, also known in Greece as “Caretta Caretta”. In June each year the female Caretta Caretta come to this beach to lay eggs, which after hatching approximately 50 days later, produce hatchlings or baby sea turtles that try to make their treacherous way across the sands to the seas. 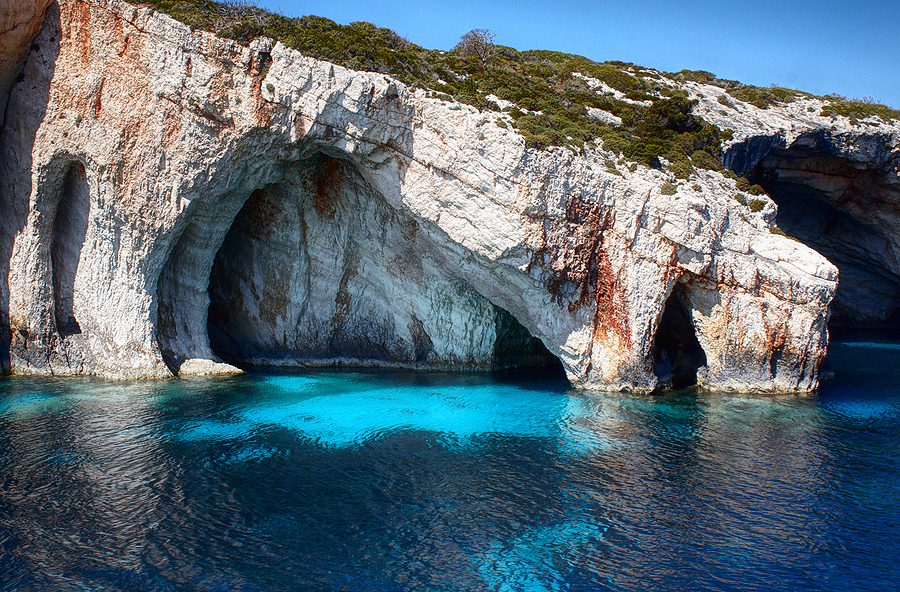 Along the west coast of Zakynthos are the Blue Caves and rock arches which have been eroded into the cliff sides by winds and seas. Only able to be visited by boat, this is a great area to explore in the ship’s tender threading through the various arches and cave areas over the dark blue waters that are highlighted in various shades of blue and green by the sunlight piercing through the rock formations and dappling along the surface of the water. 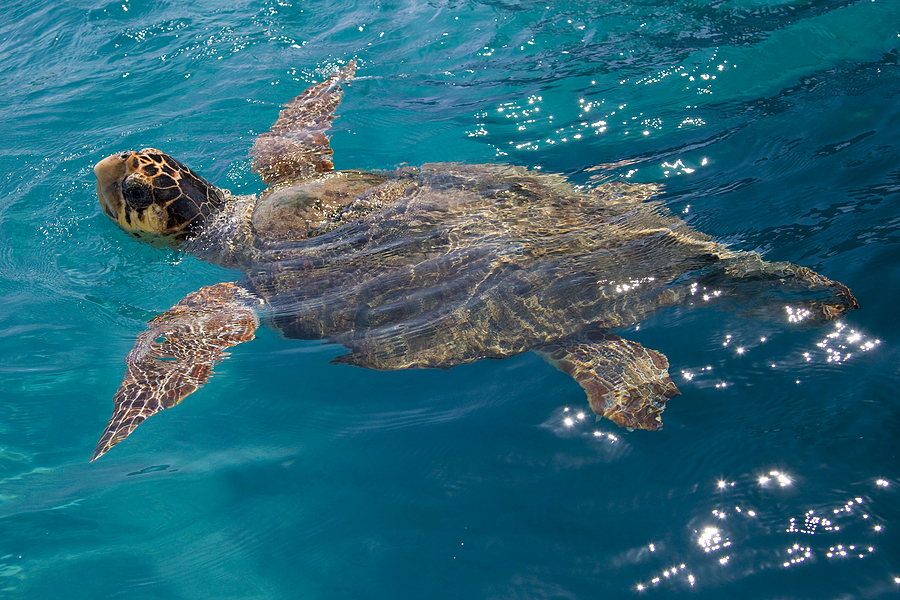 Zakynthos just like the other Ionian Islands, spent 6 centuries under Venetian rule. However, Zakynthos also suffered two large earthquakes in recent history, one in 1953 and one in 2006, and unfortunately, much of the architecture left as a mark over the centuries from various civilizations was destroyed. Many of the buildings now have been built in this and the last century, however nothing can obliterate the beauty of the beaches, and waters surrounding Zakynthos, which is a great stop on a crewed yacht charter of the Ionian Islands of Greece.

What to See and Do on Zakynthos Island, Greece

Navagio Beach: (Shipwreck Cove): Visit by ship’s tender this small bit of white sand beach surrounded by 200 meter high white cliffs on 3 sides. This is a true photo opportunity with the beautiful clear blue water reflecting off the white cliffs and sand, with the remains of a late 20th century cargo ship half sunk into the beach sand. This beach can be quite busy, so best to go either early in the morning or towards the end of the day.

Zakynthos Marine Park: A Sanctuary for Loggerhead Turtles also known a Caretta Caretta. In this Marine Park it is possible to swim with the sea turtles, however always remember that this is a wild animal and should not be crowded. If on the beaches at night, it might be possible to see a turtle laying their eggs in a nest in the sand.

Venetian Castle: A testament to the Venetian rule of this island. There are still rooms within the castle to explore. Almost destroyed in 1480, the castle was rebuilt in 1515.