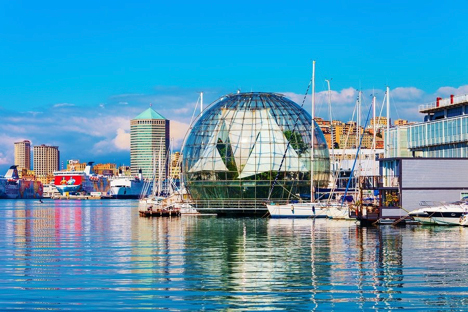 Located on the Ligurian Coast, Genoa is often overlooked as a Mediterranean yacht charter port for this cruising area, the Ligurian Riviera. However, Genoa is a great starting and or ending port for any yacht charter in this area with an international airport that is right on the harbor and only 15 minutes by car to several charter yacht marinas. As a large maritime commercial harbor, Genoa offers great yachting facilities and of course, great fresh Italian food and wines for charter provisioning, including the signature Italian sauce, pesto, made from fresh basil, which originated in Genoa. But Genoa also has a fascinating history of its own and is worth spending an afternoon to explore if in Genoa to board or disembark a luxury yacht charter. 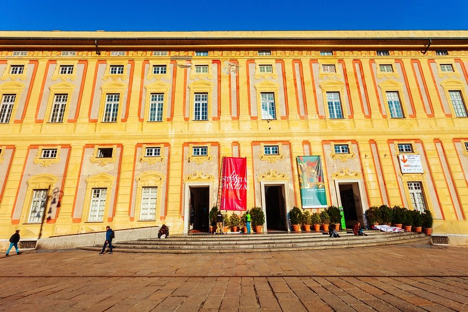 The history of Genoa goes back to ancient times, with archeological evidence of the area being inhabited by Ligurians, Greeks, Etruscans and Phoenicians; however, it is the history from the medieval ages forward where Genoa stands out as an important and wealthy seaport. Genoa developed into an important independent city state before the 1100’s and was governed by several powerful ruling families. At Genoa’s financial and powerful peak in the 16th centuries, large family fortunes were amassed, and important Genovese Families had a huge impact on world politics and economics. 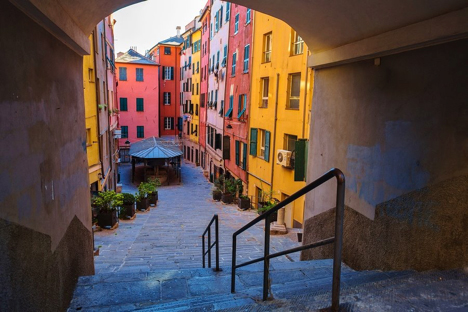 Left from this time period is an “Old City” of little stone paved walkways and narrow streets, lined with medieval age buildings with outstanding architectural detail as befitted inhabitants of what was once a wealthy city. Each ruling family built a large palazzo, to reflect their power and wealth. Most of these palazzos are still standing today, especially on Via Garibaldi, which was established as a World Heritage Site in 2006.

In an afternoon walking tour of Genoa, explore the Old City to see the palazzos and churches still standing today. The variety of detail and design from the 16th century of the building facades is a reflective of a fascinating period of architecture from a time when Genoa was a wealthy and powerful city state. Old City is still the heart of the Genoa today. 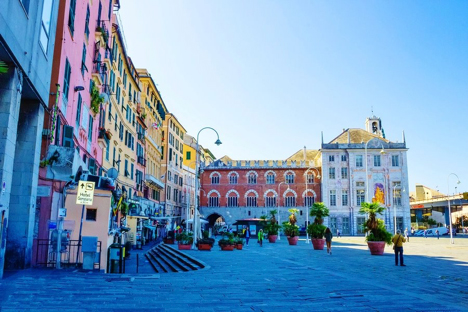 What to See and Do in Genoa, Italy 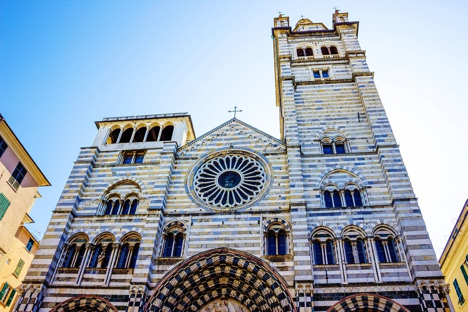 Cathedral di San Lorenzo: Located on a piazza in Old Town on a main street this cathedral is an outstanding example of Italian Gothic architecture with the identifying striped rock exterior. Built in 1118, the cathedral is still standing today due to a British WWII bomb that failed to explode. The bomb is now sitting on the right side of the nave as a reminder. The two bell towers and cupola were added in the 16th century.
Musei di Strada: Located on the walking street of Via Garibaldi, this museum is housed in three old palazzos, Rosso, Bianco and Doria-Tursi. Within is a collection of old master’s paintings, however the three buildings themselves are worth seeing, along with Via Garibaldi.
Castello d’Albertis: A museum in a building built in the 1800’s. Within are exhibits of artifacts amassed by Enrico d’Albertis collected during his many travels which include from pre-columbian pottery to Far Eastern traditional medicines.
Palazzo Reale: One of the Palazzi dei Rolli (a group of Genovese palaces belonging to the city’s wealthiest families), today the former residence of the Savoy dynasty is a museum with terraced gardens, and a gilded Hall of Mirrors. This building is an excellent example of a wealthy Genovese family Palazzo 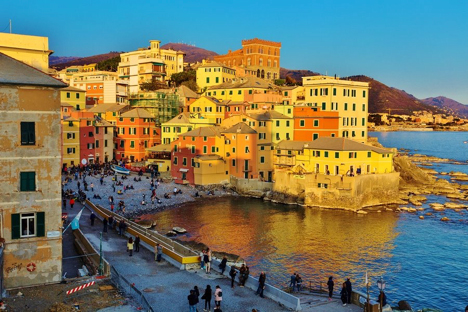 Boccadasse: Once a separate little fishing village similar to the Cinque Terre villages, Boccadasse was surrounded and absorbed into Genoa as Genoa grew in size, however the fishing village retained its charm and even the little beach for launching the fishing boats.
Via Garibaldi: Walk this street to see the facades of the many medieval palazzos.

When starting or ending a Mediterranean yacht charter in Genoa, take an afternoon to explore Genoa and absorb the history of this historic city.