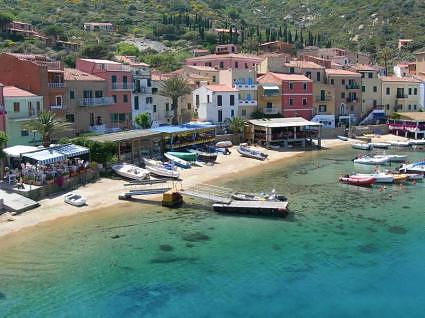 In the southern corner of the archipelago of the Tuscan Islands in Italy, and just 16 kilometers off of the Argentario Peninsula, lies the island of Giglio. With a main harbor and anchorage just outside of the main harbor, this island is a perfect stop on a private yacht charter in this area of the Tyrrhenian Sea. Perched at the top of the island is a medieval walled village that rivals the walled village of Eze; but with far fewer tourists, as this walled village is virtually undiscovered by the rest of the world. This island can only be reached by private yacht or ferry, so when visiting on a yacht charter, you will be one of the few privileged summer visitors to visit this lovely island. 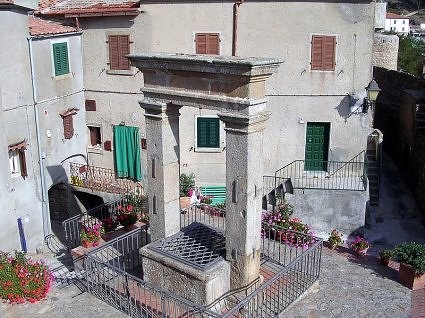 Giglio Castello is the medieval walled city on top of the tallest granite mountain on the island. With very few tourists, there are few taxis. The easiest way to visit this medieval gem is to take the bus up the narrow winding road from Giglio Porto, the main harbor. The oldest town on the island, the Castello is still humming with activity while the residents continue to go about their daily activities. The main gate dates to the 1300’s and opens to a town of buildings jumbled on top of one another separated by a maze of alleys and narrow streets. Explore this area by wandering, as getting lost is impossible, and stop for a bite to eat at one of the local eateries inside the walls for a taste of the strong local wine called Ansonco and a plate of hearty country Italian food.

Giglio Porto, the town surrounding the little harbor, sits right on the ancient Roman harbor, with remnants of the Roman harbor still visible. This is a lively area filled with shops, restaurants, cafes and bars, and if nightlife is wanted, this would be the area of the island where this exists, however this is not an island known for nightlife. 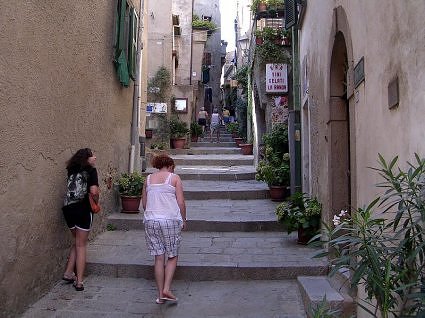 The island is known for the crystal clear waters, and long sandy beaches surrounding the island. Diving is also very good along the coast with great visibility, and includes underwater caves and ship wrecks from various centuries. And sometimes on a clear day, dolphins and whale calves can be seen frolicking in the surrounding waters. 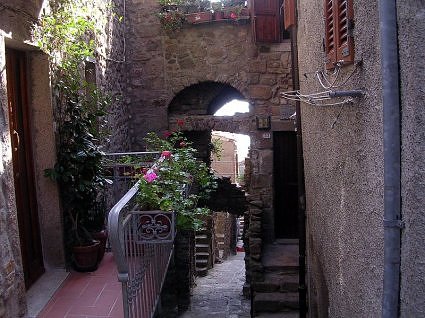 What to Do and See on Giglio Island, Tuscan Islands, Italy 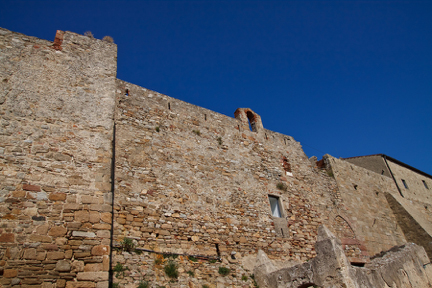 Giglio Castello: Established in medieval times from a fear of piracy, this walled town continues today as a vital traditional village. Enter through the original medieval gates and wander the walking streets. It is also possible to walk on the top of the massive towering city walls and on a clear day see the nearby islands of Giannutri, Elba and Corsica. Visit the San Pietro Apostolo Church, and be sure to taste Panficato, a medieval sweet that you can find only on this island.

Beaches: There are beautiful beaches surrounding the island with the best beaches considered to be Cannelle, Caldane and Arenella. The water is very clear, and snorkeling and scuba diving are considered excellent around this island. 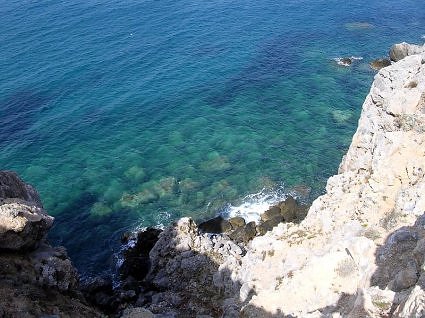 A lovely little traditional Tuscan Island in Italy, Giglio is off the beaten path, and a “must do” island which is easiest to visit on a private yacht charter.