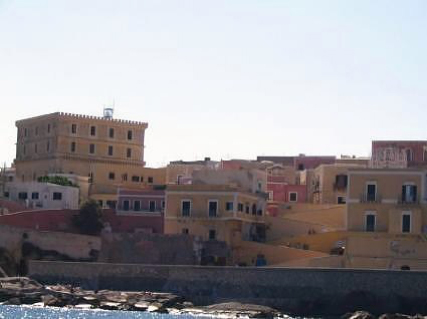 Ventotene Island is one of two inhabited islands and part of six islands called the Pontine Islands of Italy. These islands are only about 25 – 50 miles off of the west coast of Italy, near Rome and are still relatively unknown and unspoiled. As there are no airports in this island chain and relatively few ferries, Ventotene is most easily visited as part of an itinerary on a crewed yacht charter. 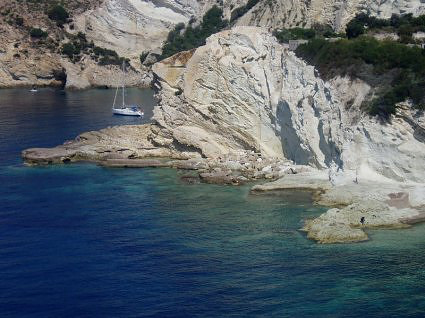 Beautiful Water in the Pontine Islands

The Pontine Islands are comprised of Ponza, Ventotene, San Stephano, Palmarola, Zannone and Gavi. Only Ventotene and Ponza are inhabited. Located in the Tyrrhenian Sea, the Pontine Islands are known for crystal clear waters in varying shades of blue, and Ventotene is especially well known as an excellent scuba diving and snorkeling location. Underwater rock walls and ledges drop off just a short distance from the shores of this island and house a large amount of underwater life. As there are only about 600 people that live on Ventotene year around, the waters stay very unspoiled. 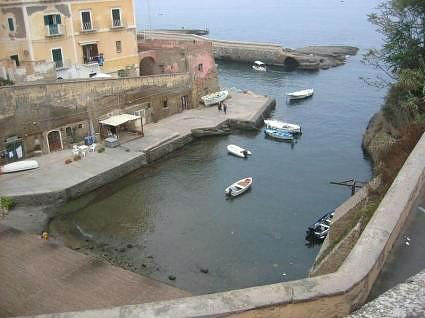 While relatively unknown now, Ventotene was very well known during Roman times. Dug into the rock of Ventotene is an ancient Roman harbor, still in use today. Also dug into the rock on the island along the head of the ancient harbor were caves used by the merchants as vendor stalls. These caves are still used today in the same manner, for modern day merchants to hawk their wares. At the head of the Roman harbor are a series of zigzagging steps up from the port to a large piazza above which is the heart of modern Ventotene. 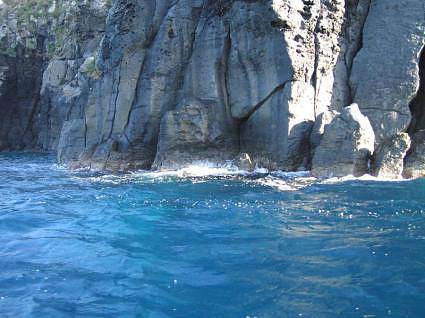 Another modern harbor has now been built to the side of the Roman harbor, with a manmade breakwater. However, just like Ponza, it was the Romans that left the largest historical legacy on this island. In the Roman harbor area are the remains of an ancient Roman fish farm which are a series of 3 pools carved out of the rock, used to grow fish and eels. Also in this area are basins carved out of the rock in which clean salt water was collected and allowed to evaporate to gather salt for the populace. Alongside the new harbor are the remains of a large Roman palace. And inland on the island are a series of Roman cisterns built to provide fresh water. 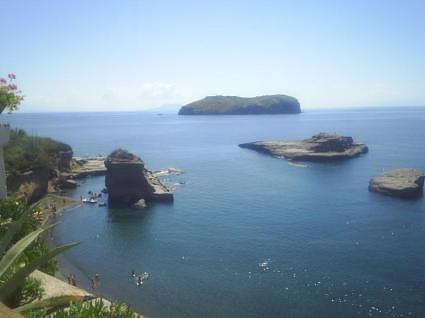 The number of few year around inhabitants increases to just a few thousand during the height of the summer season, which gives this island an undiscovered feeling. The whole island can be explored at your leisure by foot, and the several island restaurants always have a selection of fresh seafood right from the surrounding waters. 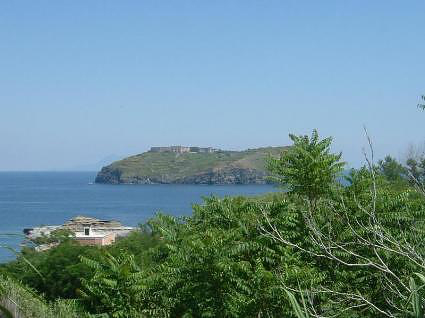 What to see and do on Ventotene Island, Pontine Islands, Italy

Roman Port: Explore the Roman Harbor area, with the ancient harbor dug out of the local Tufa rock. In the same area are the 3 pools remaining of a Roman fish farm. These pools contain a complex design of pools that mix salt and fresh water along with a system of gates that ensured water flowed while keeping the fish enclosed within the pools, which meant the Romans had a constant supply of fresh fish. In the same area are salt basins also carved out of the rock meant for evaporating clean sea water for salt for the locals.

Roman Ruins: Ashore are ruins of a very large ancient villa, Villa Guilia, on the headland of Punta Eolo, so called in remembrance of Augustus’ daughter Julia, who was once imprisoned here, as were many others over the years. There is also an extensive cistern system underground of large collection pools and tunnels, which brought life to arid Ventotene. Guided tours are recommended for full understanding and can be arranged in advance with the local Archeology Museum or another local private guide.

Museo Storico Archeologico: The Archeology Museum is located in the basement of Ventotene’ s town hall called the Torre Borbonico. This building is the focal point of the town square and was once an old Bourbon fortress. Within the museum are artifacts from local shipwrecks excavations, and bits and pieces from the Villa Guilia; much of which was carried away over the centuries, however that which is left on display in the museum, suggests a very swank villa in its day. Also, in the museum is a bust of Tiberius, Julia’s husband, which was found in the Roman Harbor. Opening times are limited, so call for this information if this museum is of interest.

Due to the local white chalk and tufa stone, the waters around each of the Pontine Islands are gorgeous shades of turquoise blue and green, and very clear. Enjoy Ventotene on a crewed yacht charter just as the Romans did in Ancient Times.