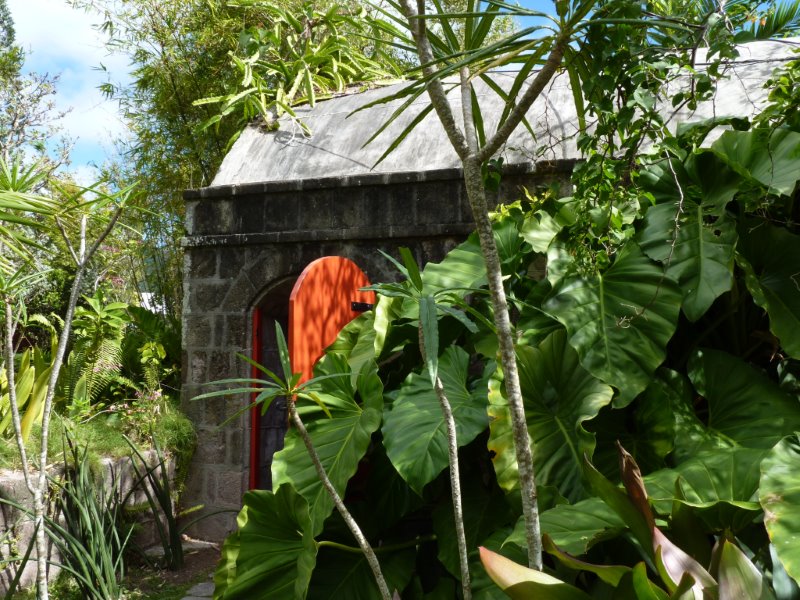 Nevis Island, part of the Federation of St. Christopher and Nevis, in the Caribbean, is a fertile volcanic island just 7 miles long and 5 miles wide, Home to approximately 10,000 residents and 30,000 Green Vervet Monkeys, Nevis exudes a Caribbean ambiance of Colonial West Indies life in the 1800’s.

Nevis was named by Christopher Columbus, who when sailing by in the late 1400’s, thought the volcanic summit ringed with clouds looked like a snow (Nieves) capped mountain. Initially inhabited by the Arawak Indians, this island became an important tobacco and sugar cane commercial island in the 1700’s. After a tug of war between the English, French and Spanish, Nevis came under English rule from 1783 until 1967, finally achieving independence with St. Kitts in 1983. 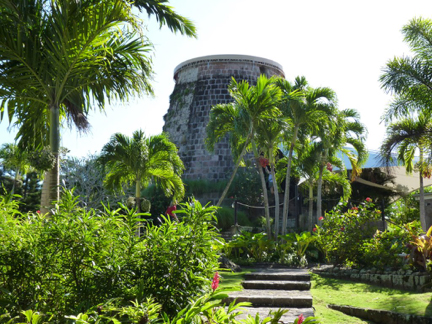 On shore, Nevis has a wide range of flora and fauna. One of the local island industries is making wines from various fruits and flowers, which they are happy to sell to any visitors. You will see local islanders on the roadside, with a little “stand” that might be a board between two chairs, selling various homemade wines, jams, and other goodies produced in their home kitchens. There are still several colonial plantation houses, mostly now lovely hotels, where the essence of yesteryear can be enjoyed along with an ice-cold drink on the veranda. 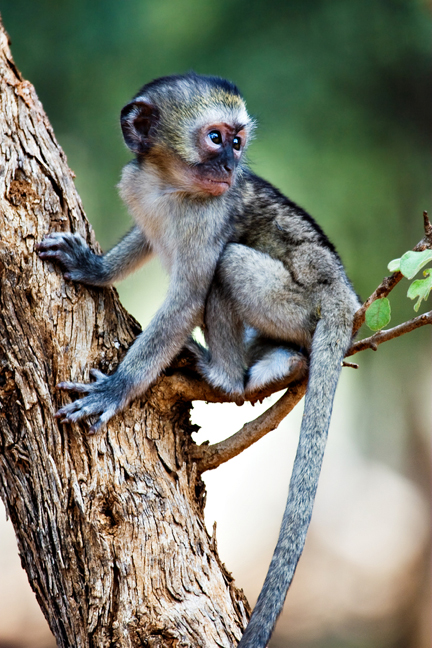 Hike, bike, or rent a horse and ride along the many trails at the base of the volcano, always on the lookout for the Green Vervet Monkeys, originally brought to Nevis during the plantation days as pets for plantation families. These monkeys now run wild in this tropical paradise.

The capital city of Nevis, Charleston, has an antique core of old cobblestone streets and colonial buildings. On the waterfront, you can still see the quick sailing skiffs bringing in supplies from neighboring islands under full sail. Today, life on Nevis is very much like yesteryear, with goods still delivered by sailing skiffs, with daily food, still cooked in cook pots over an open fire in the back yard, and with bread baked in an outdoor wood fired oven. This is not an island with a raucous night life. This is an island on which to sit back and enjoy life. 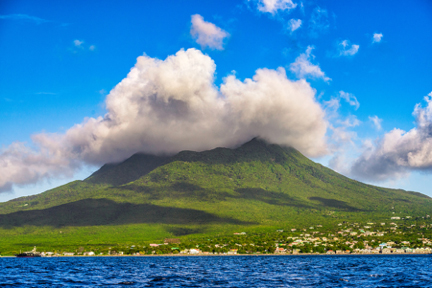 However, while somewhat of a quiet island today, in Colonial Times, this was a busy island with many residents and an active commerce. Nevis was the birthplace and childhood home of Alexander Hamilton, and the birthplace and home of Fannie Nesbit, wife of Admiral Lord Horatio Nelson. And the natural hot springs on the island brought many high-level visitors, including Royalty to the island for the believed therapeutic healing nature of the waters. The Bath Hotel, a luxury hotel next to the springs, had its heyday in the 18th century, with a two-story bath house, with private cubicles in which their elite guests could bathe.

What to See and Do on Yacht Charter on Nevis Island, The Federation of St. Christopher and Nevis, Caribbean

The Nelson Museum: A small museum including exhibits and memorabilia of Nelson’s life and times in the Caribbean and of his marriage to local Nevis resident, Fannie Nesbit. Also includes memorabilia of Fannie Nesbit, born on the island, and a widow when meeting and marrying Nelson under a tree at her uncle’s Montpelier Plantation, now a hotel. 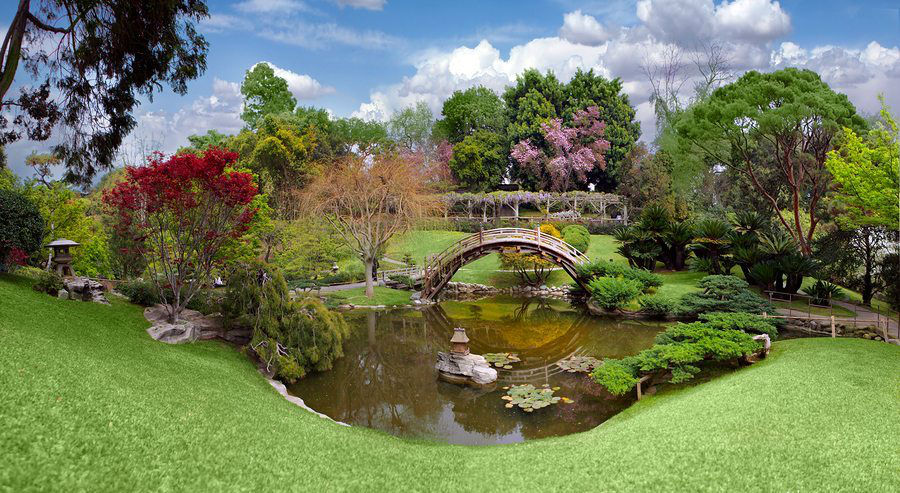 The Botanical Gardens of Nevis: These gardens cover seven acres and are planted with a wide variety of roses, orchids, cacti, palms, and other tropical plants. In addition, there is a Rainforest with parrots and tropical fish, and water features including waterfalls and fountains. 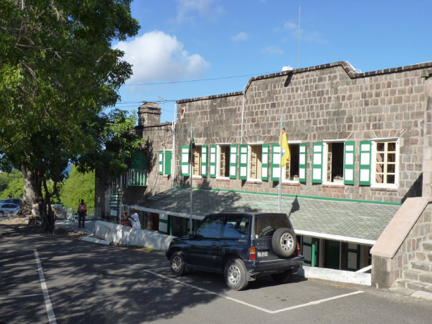 The Bath Hotel and Hot Springs: Once a luxury hotel in the 1700s for the wealthy and royalty to bathe in the therapeutic waters of Nevis’ hot springs, today the hotel has been refurbished as a government office building. However, the two-story private bath house with cubicles for their illustrious guests remains as a ruin to be explored behind the hotel. Today, the Hot Springs run as a small creek, with a little man-made pool in which to soak. Often Nevis locals do come to sit in these waters and are strong believers in the healing qualities. These hot spring waters are very hot at around 107 degrees Fahrenheit.

Nevis Peak: The dominant physical aspect of the island of Nevis, Nevis Peak is the volcanic peak that rises 985 meters in the center of the island, which is often ringed in clouds, with the actual peak unable to be seen. This is potentially still active volcano as evidenced by several hot springs on the island offers strenuous hiking opportunities up to the crater, however it is strongly recommended to hire a guide as the trails are poorly marked.

Saddle Hill Fortress, Nelson’s Lookout: A tiny fortress built as a lookout station to check for any approaching enemy ships. Nelson is said to have used this Fortress for exactly that when on Nevis. Requires an energetic hike to reach, on old plantation roads.

New River Estate Sugar Mill Ruins: Ruins of a Sugar Mill Planation with much of the industrial equipment used still in place. Plus, the sugar cellar where sugar filled barrels were stored. Original from the 1700’s, this plantation was built at the height of the sugar industry on the island. Walk freely through the ruins, where you might also see monkeys, goats, and possibly donkeys.

Nevisian Heritage Village at Fothergill Estate: Owned by the Government, this two-acre site showcases housing from Arawak Indians times until post slavery and is set within the ruins of a sugar plantation and cotton ginning station. This museum highlights the life of the everyday inhabitants of the island over many centuries. The Heritage Village has a good collection of wooden traditional west Indian homes and furnishings as well as some block buildings left from former estate houses. There is even a stone oven for baking bread. If there is a tour guide available, learning more about this site through the services of a Guide is strongly recommended.

Horseback Riding: From Hermitage Plantation Inn Stables or the Nevis Equestrian Center, hire horses for trail rides up the sides of the volcano or to Nelson’s Lookout at Saddle Hill Fortress. Or enjoy cantering along a beach in the surf of one of the many beaches on Nevis.

The Hermitage Plantation Inn Wednesday Night Pig Roast: Reservations required, this barbecue dining experience in the 17th century Hermitage Plantation Inn, is a true Caribbean experience within the surroundings of what is felt to be the oldest still in use sugar plantation in the Caribbean. Every Wednesday night a pig is roasted for 7 hours in the Caribbean traditional manner and served with sides dishes created from old Caribbean recipes, many of which are cooked in a traditional Caribbean wood burning oven.

All around on Nevis are the ruins of sugar plantations, such as the Montravers Estate, and the Eden Brown Estate in the wild, waiting to be explored. Overall, relax in the laid-back lifestyle of Nevis, unhurried in today’s world and absorb the old West Indies culture and plantation life of long ago.