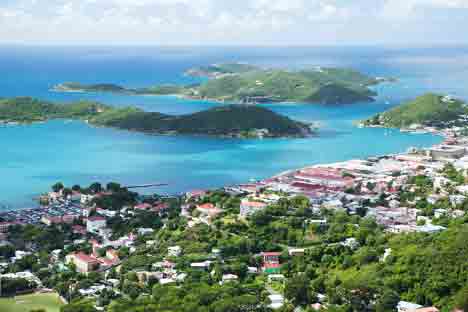 St. Thomas Yacht Charters board in St. Thomas, a U.S. Territory, which is the gateway isle of the U.S. Virgin Islands in the Caribbean and is a home port to many luxury crewed charter yachts located in Charlotte Amalie and Red Hook. With frequent flights from the U.S., St. Thomas is a convenient port in which to start all crewed St. Thomas yacht charters to cruise the U.S. and the British Virgin Islands.

Originally colonized by the Dutch West India Company in the mid 1600’s; soon after, Denmark-Norway conquered the island and by 1672 had established control through the Danish West India and Guinea Company. St. Thomas, and the adjacent islands of St. John and St. Croix were divided into plantations with sugar cane as the predominant crop. In 1691, the primary settlement on the island was renamed Charlotte Amalie in honor of the wife of Danish King Christian V. Charlotte Amalie is today the capital city of the USVI. 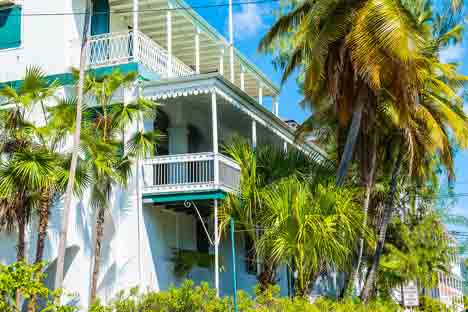 Over several centuries the sugar trade gradually declined. A local islander, David Hamilton Jackson, persuaded Denmark to sell the islands of St. Thomas, St. John and St. Croix to the U.S. in 1917, given the harbors and fortifications of St. Thomas, which was felt by the United States to be of strategic importance. 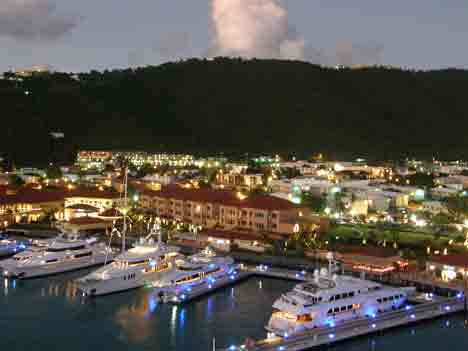 Today, St. Thomas is a thriving yacht and cruise ship port, with a busy harbor in Charlotte Amalie, where there are several yacht marinas, and is also a Duty-Free Port with a busy downtown Duty-Free shopping area along with a Cruise Ship Mall filled with additional Duty-Free shops. Surrounding the island are beautiful beaches and bays. Inland, there are many hotels and restaurants from which to choose, as St. Thomas today, caters to Tourism, and is considered a resort island for those hankering for vacations in warm climates with beautiful waters.

Often guests fly into St. Thomas to board their charter yacht to cruise to St. John and from there to cruise to the British Virgin Islands. However, if you do spend several days on the island before or after your charter there is plenty to see and do.

What to Do and See in St. Thomas, U.S. Virgin Islands, Caribbean

Frenchtown: Settled by Huguenots that immigrated to St Thomas from St-Barths during the mid-19th century, this little community that popped up is comprised of brightly painted frame houses on the harbor’s western side. Today stroll the streets of Frenchtown to enjoy the architecture of this little neighborhood which is also home to several good restaurants.

Downtown Charlotte Amalie: Filled with Duty Free Shops selling jewelry, and liquor, there are also shops with local St. Thomas and other Caribbean Island goods. Wander along the street ringing the harbor, and the street one block behind, both of which house the main shopping area.

Drake’s Seat: Along the top of the island are fantastic views over the Caribbean Sea and the British Virgin Islands. The most popular lookouts are Drake’s Seat and Skyline Drive Overlook. Drake’s Seat was built in 1933 by Arthur Fairchild as a location to rest, as in those days trekking over the high hills on the island was by horse or foot. Today, Drake’s Seat is a fabulous location for aerial photos. 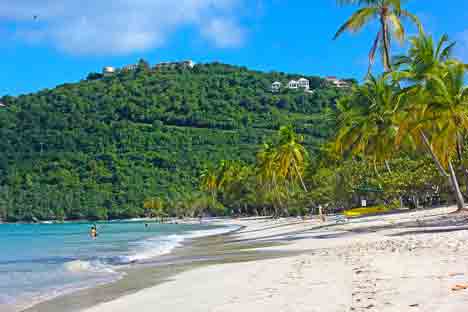 Magen’s Bay: Considered by many to be one of the nicest bays in the Caribbean, Magen’s Bay, located on the north coast, is a great location to enjoy the beach, swimming and snorkeling.

Phantasea Tropical Botanical Garden: This garden is 2 acres that are filled with blooming orchids, bromeliads, lilies, palms, and more. Relax in the Balinese gazebo and enjoy the beauty of the surrounding natural world, and the wild and bird life of parrots, tortoises, peacocks and chickens. 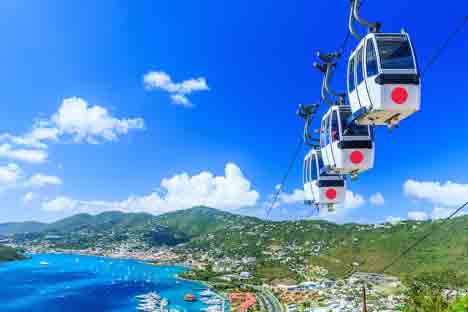 Sky Ride to Paradise Point: For a true overview of St. Thomas Harbor, ride this cable car 700 feet above Charlotte Amalie. In 7 minutes, be at the top of Flag Hill for a stunning view of Charlotte Amalie Harbor. Once at the top, enjoy the Restaurant & Bar at Paradise Point (Home of the Bailey’s Bushwacker”) for a variety of frozen drinks with a lite fare menu, and explore the various shops.