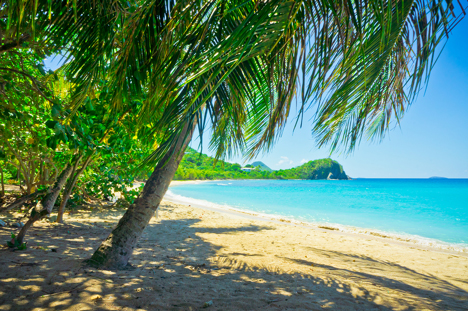 Tortola is the largest island in the British Virgin Islands, and even though the BVI’s are British the currency in use throughout the British Virgin Islands is the U.S. Dollar due to its proximity to the USVI’s, and Puerto Rico. Dutch colonists originally called this island, “Ter Tholen”, after a coastal island that is part of the Netherlands. When the British took over control of this archipelago, the name evolved to Tortola. It was Christopher Columbus however, on his second voyage that named the island archipelago after the 11,000 virgins of the 5th-century Christian martyr St. Ursula. 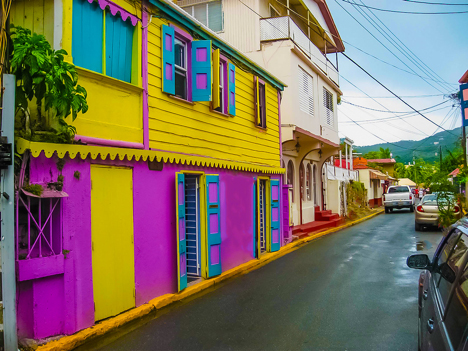 Tortola has a strong history of piracy with Edward Teach (Blackbeard) and Captain Kidd being several of the first permanent island residents in the early 1700’s. Most of the permanent residents arrived towards the end of the 1700’s, with an influx of British Loyalists that fled the 13 American Colonists and received land grants from the British Crown to settle in Tortola. Sugar cane dominated the island economy, with large plantations being built on the island. In the mid-1800’s with the advent of the sugar beet in Europe, sugar cane became less profitable, and many of the plantation owners left the island. For decades the island slumbered on as the capital of the archipelago, however in the early 2000’s Tortola was discovered by offshore companies that do business worldwide, as an excellent home. Financial services are now a major part of the country’s economy, with a rush of building and road paving that today has transformed the face of Roadtown, from a village of mainly rutted paved or dirt roads to a town of multi-lane roads, stop lights, and large multi-storied buildings. Much remains however of Tortola from yesteryear in other parts of the island, including lovely anchorages to enjoy on a crewed yacht charter. 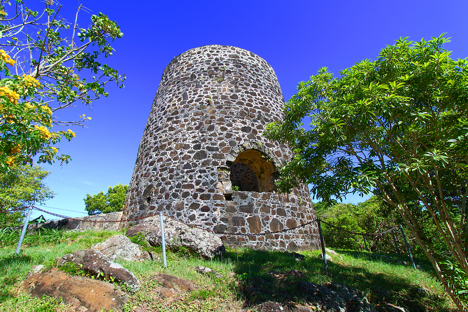 What to See and Do on Yacht Charter on Tortola Island, British Virgin Islands, Caribbean 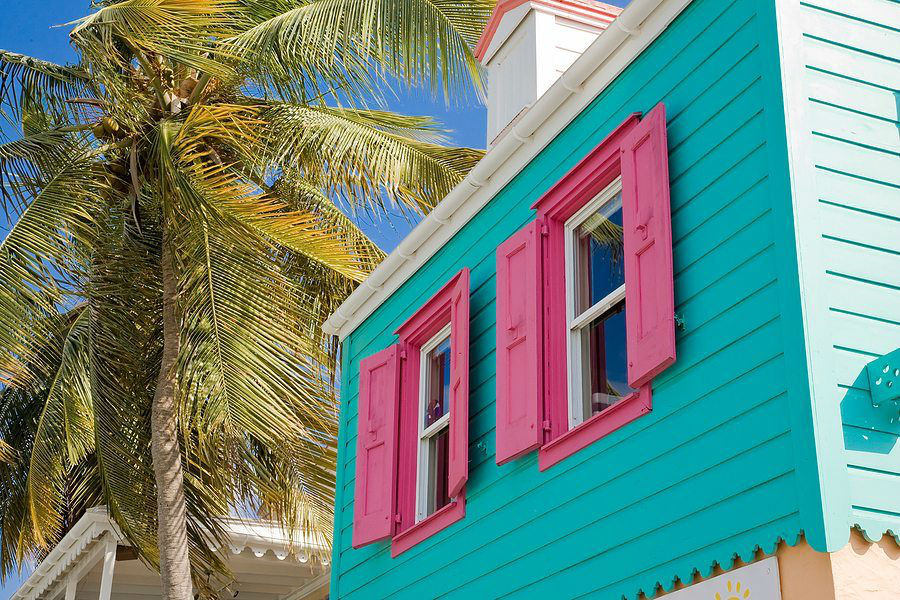 Soper’s Hole: Tucked away on the western tip of Tortola, Soper’s Hole is home to Soper’s Hole Marina, as well as, across the harbor, a British Virgin Islands customs clearance office with a dock that is used by ferries and yachtsmen alike. The pirate Blackbeard, whose real name was Edward Teach, once made his home in Soper’s Hole from 1715 to 1718. Called a “Hole” because of the protection offered by the deep cut of the anchorage into the surrounding hills, the harbor allows yachts to anchor with good weather protection. Surrounding the dock area is a series of brightly painted Caribbean style buildings, creating a sense of a traditional Caribbean market place. Browse the shops for local artwork, crafts and jewelry made from a stone local to the British Virgin Islands or stop for a bite to eat at the Pusser’s Landing Restaurant and store. 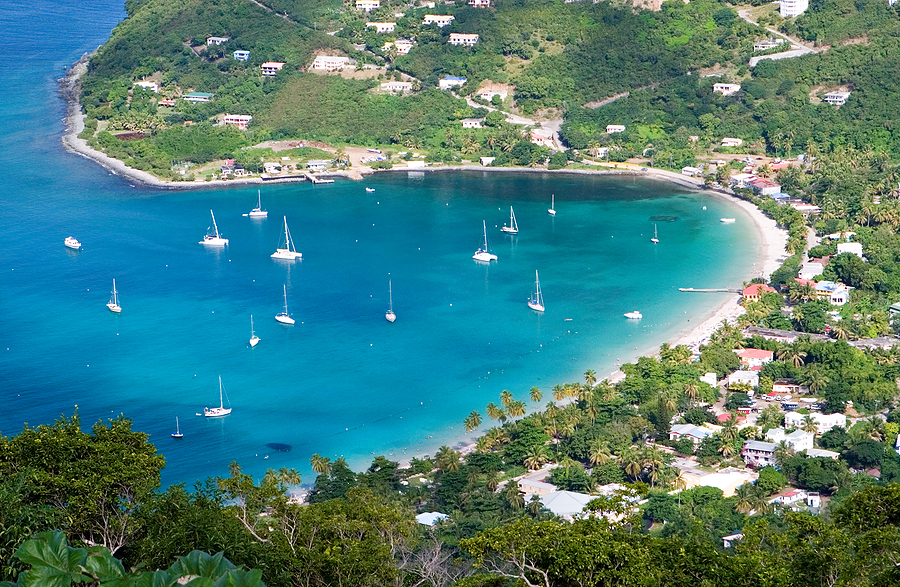 Cane Garden Bay: Located on the northern side of Tortola, this large bay is a great anchorage with brightly painted buildings and a long, palm tree lined beach. Quito Rymer , a well known BVI reggae recording artist has a restaurant, bar and nightclub here named Quito’s Gazebo. Visit Myett’s, the two story bar and restaurant and Olivia’s Corner Gift Boutique for native crafts. At night, at least one of the bar establishments usually has live music playing.

1780 Lower Estate Sugar Works Museum: Located in Roadtown, the 1780 Lower Estate Sugar Works was built by the McCleverty Plantation slaves. Sugar was produced here until the 1940s, during which time, the building was used as a guest house, a Cotton Factory, and a Lime Juice Factory. Today the building houses a Museum of the past, along with monthly art exhibits. Run by local volunteers, the exhibits help understand the history of Tortola. 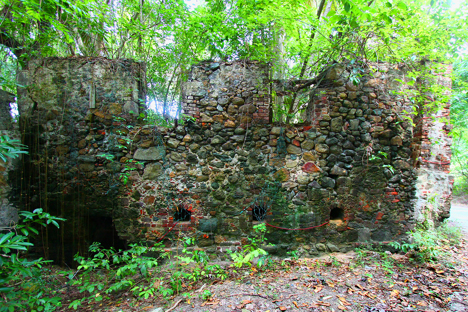 Mount Healthy National Park: Established in 1983, Mount Healthy National Park, encompassing 1 acre, has the intact remains of a circular stone sugar windmill, once part of an 18th century 250 acre sugar plantation. Also found in the Park are the remains of a boiling house, the animal mill round, distillery, hospital, storage shed, and worker’s housing.

J.R. O’Neal Botanic Gardens: Established in 1979, this 2 acre National Park, located in Roadtown was named after the BVI’s first conservationist Joseph Reynold O’Neil. The park offers a cool retreat from the hot streets of Roadtown, with royal palms, fountains, pergolas, a pond and beautiful botanical specimens representing different habitats found in the BVI’s.

Old Government House Museum: Sitting next to the new Governor’s Mansion, built in the same style, this building, now housing the Museum, was built in 1926 and was the official resident of the British Government Administrator until 1996. Many important visitors were welcomed through the front doors of this building, including members of the British Royal Family. Today, the museum houses various related artifacts, furniture, and a complete collection of VI stamps.

Virgin Islands Folk Museum: Located on Main Street in the Penn House, this is a very small museum organized by the Virgin Islands Historic Society. This museum may be as interesting for the artifacts displayed as for the building in which the museum is housed. The Penn House, built in 1911 was the home of shipwright, Joseph Wilfred Penn, and is a fine example of the West Indian vernacular building style of that time period. Within are a collection of photographs, crafts and artifacts dating from 100 B.C.E to the present, including artifacts from the Wreck of the HMS Rhone.

Anchoring the British Virgin Islands, Tortola houses the capital city of the BVI’s, Roadtown, where many government buildings are located.  However, Tortola, is in its own right a lovely Caribbean island surrounded by beautiful blue-green crystal clear water, with lovely coral gardens over which to snorkel, and lovely long white sand beaches.  Visit Tortola on a crewed yacht charter cruising in the British Virgin Islands.