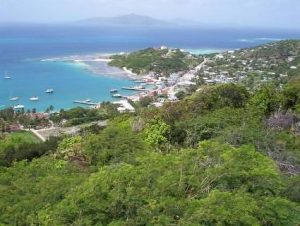 As part of the nation of St. Vincent and the Grenadines, Union Island is the southernmost island in this nation of islands and a great stop on a crewed yacht charter while cruising in the Windward Islands of the Caribbean. With a little over 3,000 residents, Union Island has two main towns of Clifton and Ashton and boasts an International Airport, however the international travel part of the airport description is meant to be international flights within the Caribbean as being to locations outside of the nation of St. Vincent and the Grenadines and no night time flights are allowed as there are no runway lights. Even with an “international” airport, visiting Union Island by yacht charter is one of the easiest ways to visit this lovely Caribbean Island. 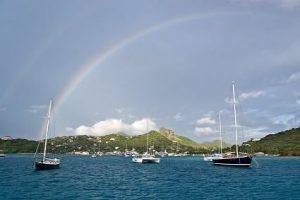 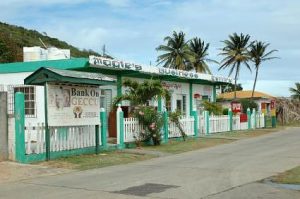 After the colonial period, many natives went to work on commercial freighters as Union Island became a hub of commercial shipping business in this part of the Caribbean. Today the economy of Union Island is based more on services supplied to visiting yachtsmen, day charters offered to the Tobago Cays and a strong ferry service offered throughout this part of the Caribbean, along with tourism. 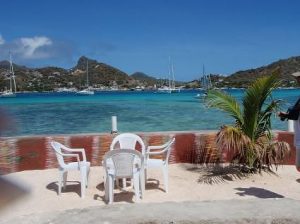 Union Island does have two big celebrations, which are the Holy Week of Easter, a weeklong festival called Easterval, with celebrations in both the towns of Clifton and Ashton, and on May 1, May Day, the one day event called “The Maroon”, which begins before dawn and lasts well into the night, with drums, dancing, feasting, and merrymaking. The Maroon Festival is designed to entice the Gods to join in and end the dry winter and bring on the rainy season. Either time period, or anytime in between, is a great time to visit Union Island on a yacht charter of the Windward Islands of the Caribbean.

What to See and Do on Yacht Charter on Union Island, St. Vincent and the Grenadines, Caribbean

Mt. Taboi: Hike to the top of the highest mountain on Union Island for a fabulous 360 degree view of all of the surrounding islands. Between January and April, perhaps you might sight a whale.

Beaches: The best beaches are in Chatham Bay, which is also a lovely anchorage, and Big Sand in Richmond Bay.

Happy Island: Located in the main harbor right in front of the town of Clifton, this small island created by locals throwing conch shells into the harbor is home to the Happy Island Bar, reachable by ship’s tender or the harbor water taxi.

Maroon Festival: A one day festival on every May Day, May 1, beginning at dawn and lasting well into the night.