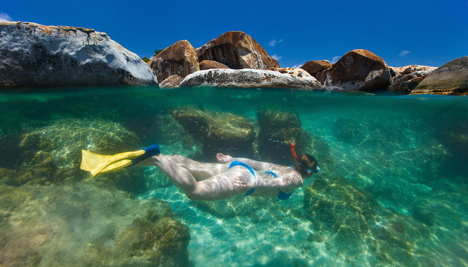 Most well-known for the boulder strewn area on the southern end of the island, called The Baths, Virgin Gorda Island, British Virgin Islands, Caribbean, was so named by Christopher Columbus, who felt the shape of the island was akin to the shape of a “Fat Virgin”. Virgin Gorda has many beautiful beaches, such as Savannah Bay, Pond Bay, Devil’s Bay, Mahoe Bay and Spring Bay, and many anchorages for yachts, including the large protected area known as North Sound or also affectionately known as “The Bitter End”, as after this anchorage, the next stop is England. With over 3000 acres of protected waters, the North Sound is one huge area of usually flat calm water which is excellent for water sports, including sea kayaking, windsurfing and kite surfing. Resorts have sprung up on the sides and around North Sound, reachable from the rest of the island, unless by yacht, by a small ferry called the “Resort Ferry”, used mainly by locals to commute to and from work in the North Sound resorts.  Visiting the Bitter End of Virgin Gorda on yacht charters, is the venue only of those on private crewed yacht charters in the British Virgin Islands. 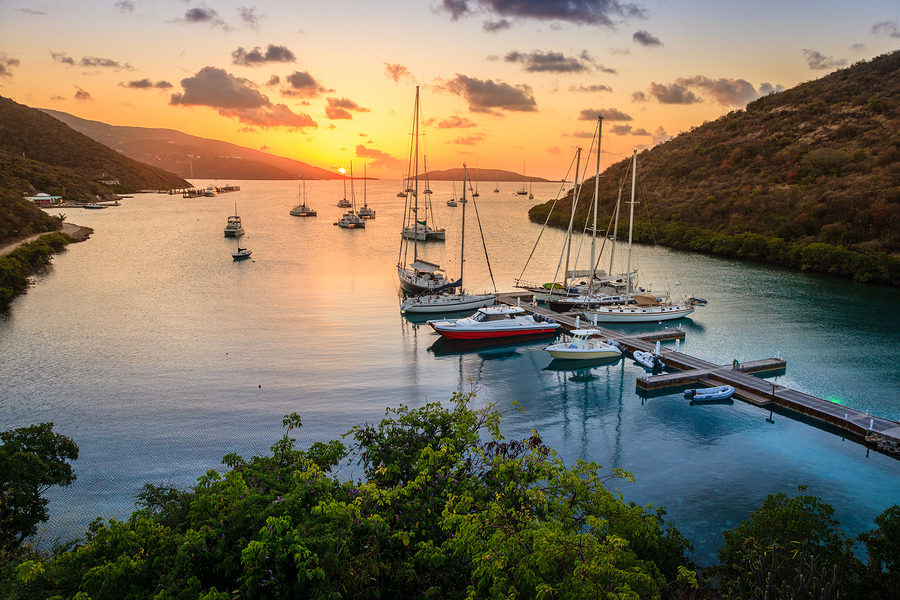 At the southern end of the island, The Baths, is one of the most well-known landmarks in the British Virgin Islands. Exploring The Baths, is a “must do” on every crewed yacht charter whether the beach is accessed by ship’s tender, or one swims ashore from the yacht. This is an area where huge unusually shaped granite boulders have created maze like passageways, grottos, tunnels, and arches, while sprinkled in between these massive rocks are little pools or private tiny beaches.

The southwestern part of the island is known as the Valley and in this area marked by gentle low rising hills are where most of the population of around 3500 people live clustered in and around Spanish Town. Many feel that Virgin Gorda is one of the most traditional of the British Virgin Islands, where the locals conduct their everyday life as they have for decades, with little notice of any tourists that might be poking around on their island, or those that might be visiting Virgin Gorda on yacht charters.

What to See and Enjoy on Yacht Charter on Virgin Gorda Island, British Virgin Islands, Caribbean 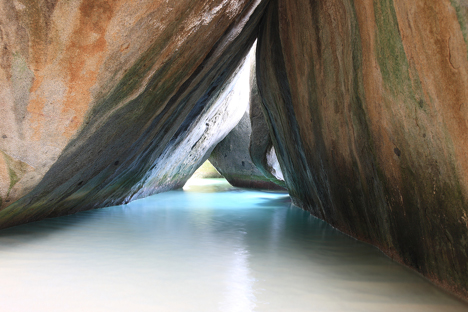 The Baths and Devil’s Bay National Park: Spend time exploring the area, with tidal pools of pristine clear waters, and white sand. Snorkeling is great, however more for the marine life, as this is not a location featuring coral gardens. Due to the various inlets and pools created by the landscape, marine life is caught here with each tidal change. Do pay attention to the safety flags as certain weather can cause currents with heavy undertows. However, if weather does not allow swimming here, there are always the rocks to climb over and the white sandy beaches for sunning. A second beach, called Devil’s Bay, is reached through a maze-like passage through the boulders and shallower grottos. The path is lined with ladders and ropes to ease the hike along steeper rocks. The Top of the Baths, which offers a restaurant, bar, pool and gift shops, is on a hill overlooking The Baths and provides panoramic views of the BVI. The restaurant has an extensive menu with lobster, grilled fish, conch and veggie burgers while the Caribbean Flavor and Caribbean Beachtique are shops with tropical clothes, jewelry, beach gear, island crafts and ship wreck coins.

The Copper Mine: A national park where within are the ruins of an abandoned 19th-century copper factory and mine, that was established and mined by Scottish and Welsh miners in the 1800’s

Spanish Town: A small little village, and the main town on Virgin Gorda, this is an area of small shops and a few bars clustered around a small marina. Often yachts are hauled at a nearby yard for work or to weather a storm.

Virgin Gorda Peak: Hike or drive to this lookout at the top of the island for a fantastic view of the rest of the British Virgin Islands on one side and the Atlantic Ocean on the other side. For hikers, the hike starts from either of two well-marked points along the road between Spanishtown/The Valley and North Sound. The trails are well marked and hiking here offers perhaps a cool break under the heavy vegetation canopy overhead along the trails on the hike to the top. 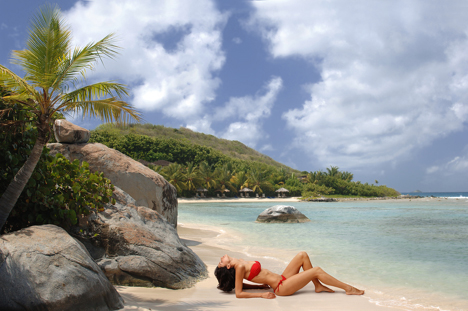 A private crewed yacht charter cruise through the British Virgin Islands would not be a charter without a stop at The Baths, and anchoring in North Sound, Virgin Gorda, at The Bitter End.