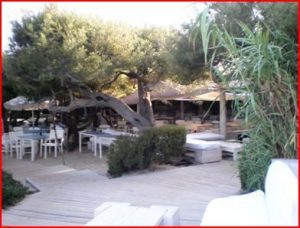 Anyone who has spent time along the Cote d’Azur knows the widest, sandiest beaches are found along the peninsula of St. Tropez. Each beach commands a loyal following, but those who want to see and be seen at one of the area’s “historical” and storied venues, need to splurge at Le Club 55 on La Plage de Pampelonne. Yes, it will set you back, but the setting can not be matched. From the parking area (filled with Bentleys and Ferrari’s), a path of overgrown bamboo leads visitors to the Provencal beach bungalow that has been extended with white canopies covering the beach bar and dining area of white covered benches. Guests from yachts, anchored off shore, follow the grey wooden pier that extends from the water to individual reed-covered sun bathing areas, and private conversation settees arranged throughout the natural growth of the tamarisk trees. The elite take bronzing breaks while sipping Cristal and watching stiletto-healed beauties re-arrange their Vuitton beach bags. The history of Le Club 55 is intertwined with the mythical origins of St. Tropez. Brigitte Bardot said it was her favorite bar and it’s no wonder why… 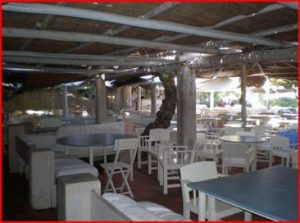 The Restaurant at Club 55

Bernard De Colmont , adventurer, explorer and filmmaker, who,”en passant”, had acquired a certain fame in the thirties by kayaking down the Colorado river with his wife, no little feat at the time, spent his summer months in a small Cabanon on Pampelonne beach. When, in 1955, Director Roger Vadim and his cast from the movie “Et Dieu Crea la Femme”, starring Ms Bardot, landed on the shores of the little fishing village, it was at Mr. and Mrs De Colmont’s Cabanon that they would take their meals. With the success of the film, the De Colmont’s opened a seasonal beach club where celebrities and others could come and relax away from the Parisian heat. It was named Club 55 in accordance with the year of its creation. Many today come to emulate, but few know its story. 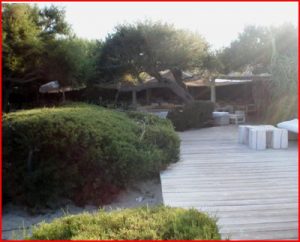