By Missy Johnston on May 17, 2019 — As fabulous today as over two thousand years ago, these private yacht charter destinations were the runaway resort destinations and summer playgrounds of Roman Royalty and the very wealthy so very long ago. Today every location still vibrates with the same beauty that once drew the Romans to each location. And just like two thousand years ago, many of these locations are still remote and still best reached by private yacht. When thinking sunny, gorgeous, crystal clear clean waters; run away by private yacht, just like the ancient Romans did so many, many years ago to one or more of these 5 favorite Roman Royalty and wealthy elite runaway resort destinations, all still evocative of Roman fun in the sun, with remnants of Roman resort villas and palaces built so long ago still an imprint on the landscape. 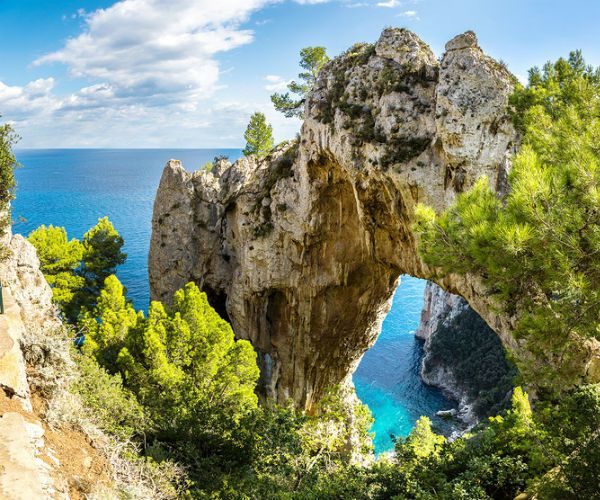 1. Ponza Island, Pontine Islands, Italy
Felt by many today to be one of the most beautiful islands in the world, this same feeling was certainly shared by ancient Romans that were so enamored with this island that they built a tunnel from the main and only harbor through the island to Luna Bay, a fabulous blue green crescent of water ringed by sheer sparkling white chalk cliffs, where nearby were built their splendid luxury villas and palaces perched on the island’s edge on cliffsides, high above the glistening waves. 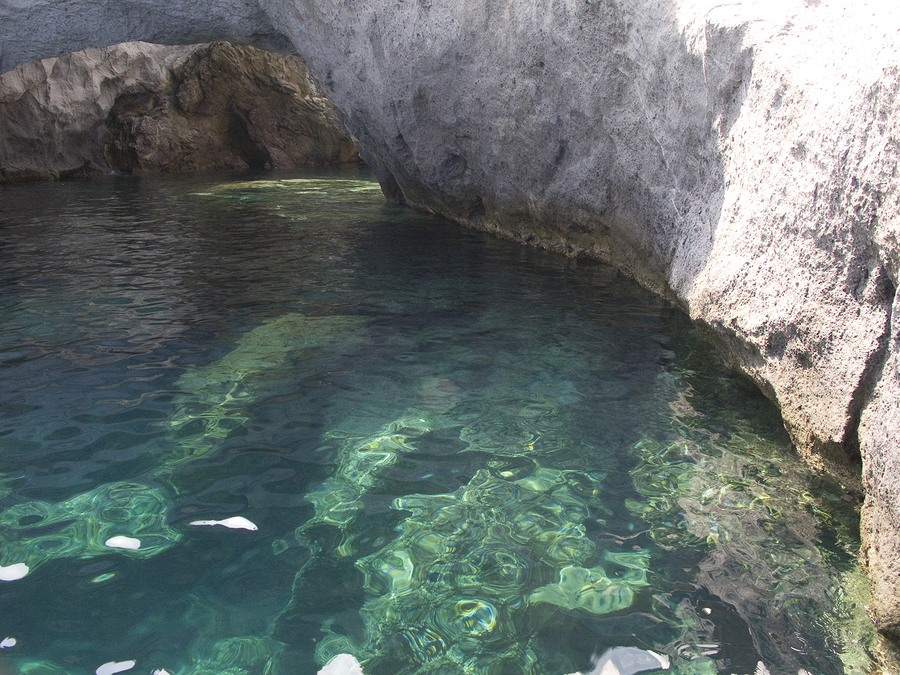 In the cliffsides various caves and tunnels were hand dug, such as the Pilate Grottos which were cut into the side of the island under the Roman villa of Emperor Augustus’ daughter. Today the caves and tunnels can be explored, while overhead the remains of the villa can still be seen up above. The Pilate Grottos presumably date back to the 1st century BC. This series of connected pools and tunnels were created perhaps for raising moray eels, food only for the very wealthy, or perhaps so that women, vain to keep their skin white, could bathe without fear of being tanned by the sun. Whatever the reason the caves and tunnels were dug, the reason was to support the luxurious lifestyle of royalty and the very wealthy. Remains of another villa can be seen close by dating back to the Augustan age with terracing on different levels, a small theatre and a pool dug out of the rock.

Cruise by private charter yacht into the main harbor of Ponza, which today is a sleepy fishing village, and enjoy exploring ashore where bothersome cars are very few, and most people get around on their own two feet. After sail around to the other side of the island to beautiful Luna Bay to swim in the clear waters warmed by the sun reflecting off the white chalk cliffs. Jump in the ship’s tender to explore the Pilate Grottos bathing, perhaps like the ancient Romans or like the ancient moray eels in the pools, tunnels and waters of Ponza Island.

2. Capri Island, Naples Bay Islands, Italy
Chic today, and chic two thousand years ago, the island of Capri has for well over 2000 years been a popular summer destination, being most famously so for the Roman Emperor Tiberius who, tiring of the politics, escaped Rome to Capri building not 1 but 12 palaces on the island, all with stupendous views. Tiberius lived in the largest palace, Villa Jovis, named after Jupiter, which today is the best preserved of the 12 palaces built on the island and is one of the best preserved Roman palaces in Italy. That which remains today is just a hint of the previous grandeur of Villa Jovis. Tiberius was perhaps the most famous Roman Emperor to build palaces on Capri, however he was not the first. Before Tiberius, Emperor Augustus also built a summer palace on Capri. 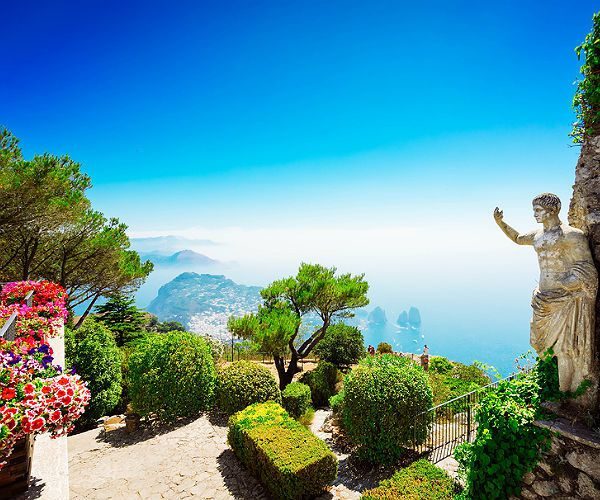 Today, Capri is as lovely as ever, rising out of the beautiful seas that surround the island reflecting that lovely Capri signature shade of blue. Ashore lemon and citrus groves march up the hillsides, with the scent of citrus wafting on the breezes. With a very small harbor, dockage is at a premium which those in the know reserve well in advance and expect to pay a hefty sum to be on one of the few yachts docked in the small harbor. There is an anchorage on the Atlantic side of the island, however sea conditions can be too rough to be able to anchor overnight. Ashore are elegant excellent restaurants and shops stocked full of every well-known and high end label of goods and clothing that can be crowded onto this tiny island. Dock in the harbor on a private yacht charter, and take the funicular from the harbor area to the town on the top of the island and enjoy walking the shopping streets or just having a drink in a café enjoying the view of the waves of the Mediterranean Sea and the waves of people passing by.

3. Split, Croatia
Always beautiful, the coastline of Croatia was coveted by Romans as a vacation destination. No Roman loved this area more than Emperor Diocletian who snatched a large parcel of the coast for his very own in what is now Split to build a large retirement palace to live out his days on this coastline, far from Rome, relaxing by the sea in what he felt to be one of the most beautiful locations on earth. To effect a comfortable retirement, Diocletian built a large Palace complex to house 9000 of his family, servants, guards, support staff and all of those needed to keep a small city running smoothly to see to every aspect of his comfort. Unfortunately, once completed, the ex-Emperor only lived in the palace complex for a short time. 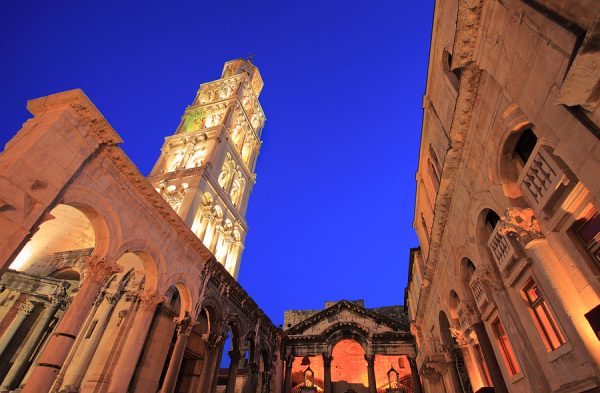 Eventually the entire complex was abandoned. As happens when a complex so massive is abandoned, others move in, and eventually, although parts of the complex crumbled and decayed, other parts were adaptively reused, with homes and shops built into various parts of the palace, as well as eventually a christian church. Over the centuries, anchored by the palace complex, the town of Split developed and emerged on the coast of Croatia.

Today, Split has a lovely harbor and the living remains of Diocletian’s Palace in the center of Split are filled still with shops, apartments, and a church besides other spaces and the entire complex is a UNESCO World Heritage Site. This is a vibrant seaside town with a fun filled nightlife. Nostromo’s, considered one of the best restaurants in Croatia, is located right next to the remains of Diocletian’s Palace. With a new yacht marina on the far side of the harbor, and the lovely medieval walled village of Trogir close by, along with a myriad of great anchorages from which to choose, and the islands of Solta and Brac close by, spending time around Split and Diocletian’s Palace is a great runaway yacht charter destination.

4. Ventotene Island Pontine Islands, Italy
An arid island, it was the Romans that brought water to Ventotene by building an elaborate underground system of cisterns that any engineer today would be proud to have designed. Above ground a large royal palace was built on the headlands of what is now Punta Eolo. However, the stunning palace built for royalty was mainly used to house royal prisoners, such as Emperor Augustus’ daughter Julia who spent years banished to Ventotene living in the royal villa which came to be known as Villa Guilia. However, while living in banishment, Julia, as royalty, was also living in the style to which she was accustomed, and was living in a lovely location surrounded by beautiful water, and in a location where many longed to vacation. Romans also built a harbor out of the local tufa rock, and a series of 3 pools in the harbor area which contain a complex design of fresh and salt water to assure that the local wealthy had a constant supply of fresh fish. 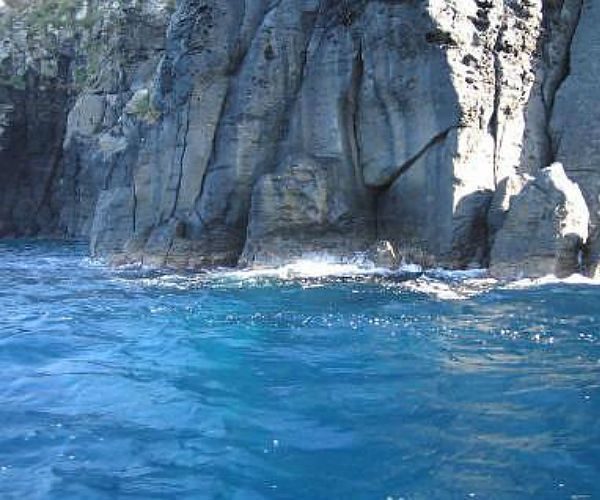 Ventotene today is a lovely serene island with a small number of locals that live on the island year around. Surrounding the island is beautiful crystal clear water, and this island is one of the few locations in which to scuba dive in the Mediterranean Sea. Anchor in the Roman harbor and enjoy all that this island has to offer on a private yacht charter.

5. Brijuni Island Brijuni Archipelago, Croatia
On the eastern coast of Veliki Brijuni Island are the extensive ruins of the once magnificent Roman Villa Rustica on picturesque Verige Bay. Having chosen one of the most beautiful vistas in Croatia, construction began in the first century B.C., reaching its heyday in the first century A.D. Some parts of the villa were used until the 6th century. The villa was owned by the senatorial Laecanii Family and probably was owned by Roman Royalty in the second half of the first century AD. It is said to be among the three most luxurious villas ever built during the time period of the Roman Empire including a villa in Pompeii and Tiberius’ Villa Jovis on the island of Capri. The villa consisted of several buildings, a library, three different level terraces and huge gardens. 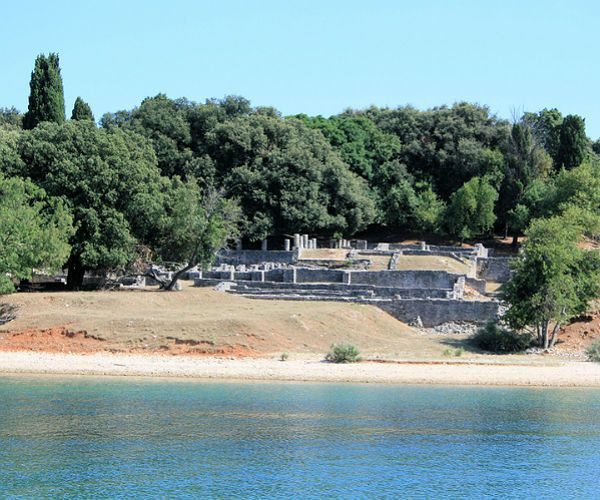 The Brijuni Islands are a group of fourteen small islands in the northern Adriatic Sea along the coast of Croatia, are a beautiful little archipelago, and today part of a national park so remain virtually untouched. As a national park, the archipelago is still filled with fish, as there can be no fishing except by local fishermen. However, this assures, a ready supply of fresh fish for your chef on board. Don’t expect much night life, as that is not the reason to get away from it all here. This is an area still lauded for the natural beauty today, where a week can be spent in relaxing solitude on board a charter yacht surrounded by gorgeous scenery, and lovely clear blue green waters beckoning for swimming and water toy fun.

Given the art and architecture the Romans left behind as a reflection of their culture, the conclusion easily reached is that this was a civilization that appreciated beauty and the finer things in life, which included a luxurious villa on the seaside positioned and terraced in such a manner as to allow the inhabitants the best possible view in a location where the natural beauty was unsurpassed. Vacation villa and palaces were built for the Roman Royalty and wealthy on Ponza, Capri, Ventotene and Briuni Islands and in Split, all locations then as now of outstanding seaside beauty, and only reachable then and easily now by private yacht. Slip away today by private yacht charter to one or more of the same destinations that the Romans coveted so many years ago if only, just like the Romans of so long ago, because you can.