By Missy Johnston on Dec 24, 2019 — With over 6,000 Greek islands sprinkled over the azure Aegean and Adriatic Seas, one is spoiled to choose exactly which islands to visit and in which island chain; either the Cycladic, Saronic, Ionian, Sporadic or Dodecanese Islands. Without a yacht, one is restricted to only the islands with airports, and then only one island, unless one hires a private jet; as the domestic airlines in Greece all fly from Athens to an island and back to Athens, without commercial domestic flight service between islands. There are ferries and hydrofoils between some of the islands; however, this is not a luxury mode of travel, and in some instances may not even qualify as a moderate mode of travel. Best to discover and enjoy the five different island chains in Greece by private yacht charter, an unsurpassed manner to see, explore and enjoy the Greek Islands the way you want to and on your own schedule. 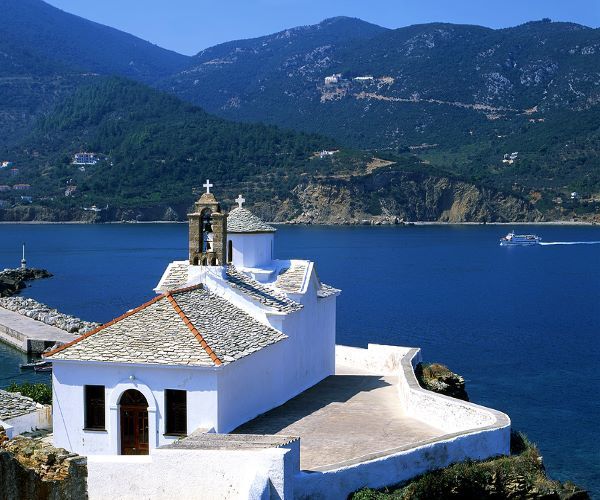 Cycladic Islands
Santorini and Mykonos, islands that resonate with almost everyone, anchor the Cycladic Island chain. However, there are so many other special islands in the Cyclades that do not have airports, but do have lovely harbors that any yacht can slip into. It is the location of the islands, sitting in the center of the Aegean Sea, and being semi-arid that influenced the development of the distinctive Cycladic architecture of white cubist buildings outlined in cobalt blue, and lovely whitewashed churches with cobalt blue domes. Using whitewash on the outside of buildings was a necessity to reflect the bright summer sun to help keep building interiors cool. Clumping the buildings altogether, sometimes one on top of the other with little walking streets, protected the islanders from the winter winds, and the summer Meltemi Winds. Here are several of our favorite lesser known Cycladic Islands. 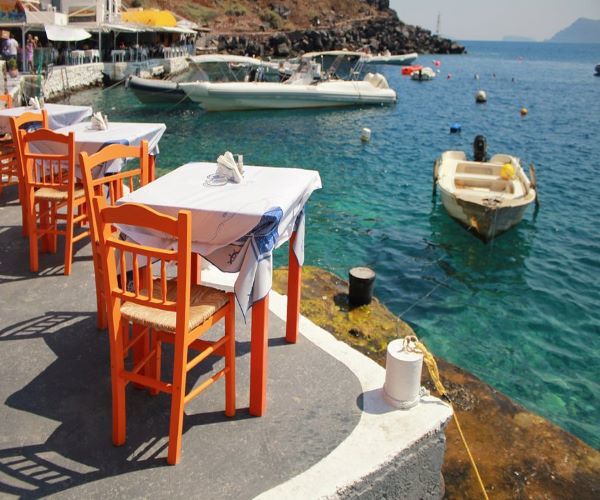 Folegandros Island only has around 700 inhabitants and at 8 miles long is one of the smallest of the Cycladic Islands and steeped in the traditions of yesteryear. Cruise into sleepy Karavostasi, the main harbor, where whitewashed houses with blue doors covered in rambling bougainvillea line the harbor front, and colorfully painted fishing boats bob on the blue green harbor water. Up in the cliffsides, built into a medieval castle is the main town of Chora, built to be hidden away from marauding pirates in the 1500’s. The three little main squares surrounded by tavernas, bars and shops form the center of Chora where every day traditional Greek island life is alive and well.

Iraklia Island, tucked between the much busier islands of Naxos and Ios, is a haven for peace and quiet, relaxing and just enjoying Greece. Hiking and swimming are the main activities and daily life centers around the very local tavernas. With few cars, traveling around the island can be by donkey or mule, however, is best on your own two feet. Panagia, the main village is tucked up high in the mountains, again due to pirate attacks in the 16th century. Near Panagia, reached by an hour hike on a marked hiking trail is the Cave of St. John, the largest cave in the Cycladic Islands which is filled with stalactites, stalagmites and columns. St. John’s icon is said to have been found in the cave by a shepherd, hence the name. Visiting this cave is spelunking in the rough, as the entrance to the cave is very small requiring one to wiggle through, and flashlights are a must as there is no interior lighting.

Saronic Islands
This is the closest island group to Athens with islands running along the Peloponnesian Peninsula where there are also lovely ports. With architecture of a more Venetian and Baroque feel, these Greek Islands reflect shades of Tuscany in the colored stucco exterior of the buildings. Here are several of our favorite Saronic islands.

Dokos Island, sitting between Hydra and Spetses, is a great yachting destination given the bays with perfect protection from any winds, and beautiful clear very clean water. Only around 18 people live on this island year around, most of whom are sheepherders, so peace and quiet prevail aside from the occasional bleating sheep. Dokos and the waters surrounding the island have been designated as an archeological park as sitting on the bottom of the water along the edge of the island is said to be the oldest discovered shipwreck in the world. 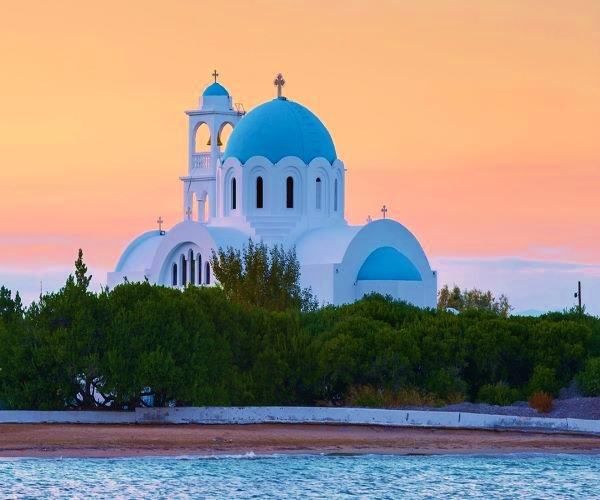 Angistri Island is just off of the coast of Aegina, and very close to Athens. Agistri is tiny, and it takes just ten minutes to drive from the northern village of Megalochori to Limenaria in the far south. In between is unpopulated terrain where wild oregano, figs and lemons grow amongst the pine forests. Agistri’s coast is rocky and filled with cliffs and a dense woodland that marches right down to the coast. There are lovely anchorages that are secluded which is terrific as this island is so close to metropolitan Athens.

Ionian Islands
It’s on the smaller Greek Ionian Islands where Greek traditional life still flourishes. Where older women are dressed all in black, Greek Orthodox Priests scurry along with robes flapping to minister to their flock as everyone on the island is Greek Orthodox religion, and children play in the town piazzas under the watchful eyes of grandparents sitting knitting, mending, playing backgammon or bocce, or enjoying octopus and ouzo in front of the Taverna. Behind walls, citrus and pomegranate trees flourish, while bougainvillea grows wildly with bright hued flowers. In the small harbors, colorfully painted little fishing boats bob, while the fishermen mend their nets on the quay. As an added bonus, the Ionian Islands are said to have the best beaches in Greece. Following are two favorite Ionian Islands.

Meganisi Island was once a center of Mycenaean life, with excavations happening today on archeological sites across the island. Maganisi is a unique destination for those who want to relax and blend into traditional local Greek Island life, and mingle with the locals who love and keep their traditions alive. Here the women are still making handcrafted embroideries using the traditional Lefkada hand-stitching technique. 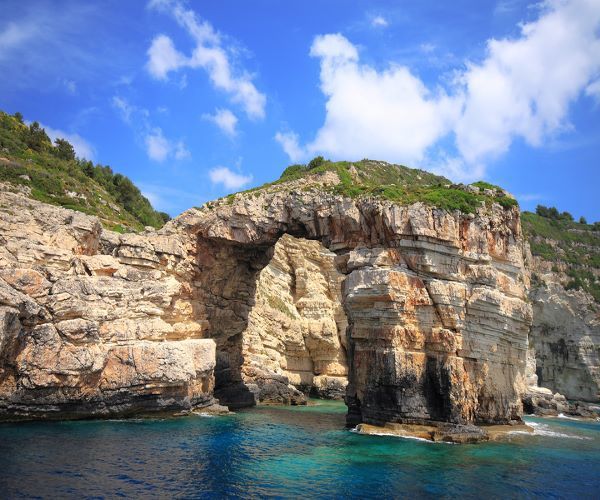 Antipaxos Island is a tiny island just off of Paxos Island, with just a few houses and tavernas, however the island has lovely beaches and beautiful chalk-white cliff stretches of coastline in to which are carved caves and grottos that are fabulous to explore by the yacht’s tender. Within the caves and grottos, the water reflects in beautiful shades of blue depending on the amount of sunlight within. Ashore there are no roads, and the island is very green covered with pine trees, olive groves and a large vineyard.

Dodecanese Islands
Situated along the west coast of Turkey, these islands have shared a history with their close neighbors on the Turkish mainland, albeit not always a calm history. Dodecanese, literally meaning “twelve islands”, was a name derived from historical events, as the Dodecanese Islands are actually a group of 15 larger plus 150 smaller Greek islets of which 26 are inhabited. When cruising the length of the Dodecanese Islands, the following two islands not to be missed. 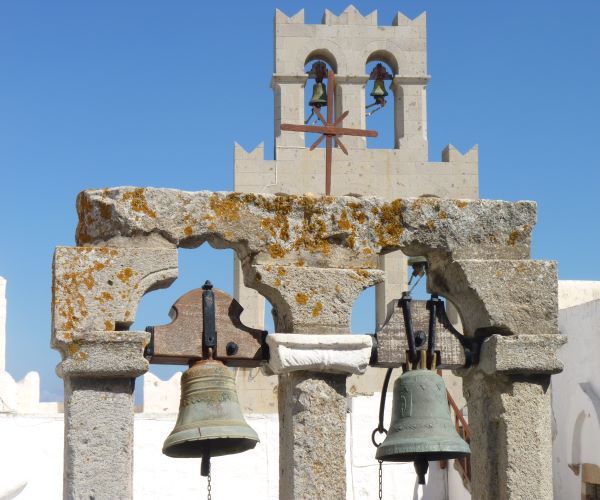 Patmos Island is claimed to have been the home of John the Apostle while writing the “Book of Revelations”. The Monastery of Saint John the Theologian and the Cave of the Apocalypse have now been named as UNESCO World Heritage Sites. In 1983 the island was proclaimed a Holy Island by the Greek Government and today Patmos is an island of pilgrimage for those of various religious beliefs. Once considered a Northern Cycladic Island, Patmos is one of the few non-Cycladic Islands with the Cycladic whitewashed buildings with blue cobalt trim. Sprinkled around the island are said to be at least 364 churches or chapels; one for every day of the year.

Symi Island, for many, is a favorite Greek Island, with Venetian style architecture in the villages, while the countryside is redolent with the smells of various wild herbs. Hiking trails crisscross this island from the harbor to the Monastery of the Archangel Michael Panormitis, a Greek Orthodox monastery built on the southwest coast in the early 18th century; still inhabited by monks. It is past the opening of this bay that it is claimed that all of the waters of the world pass. Within the monastery is a very small museum of bottles within which are messages found floating in these worldwide waters passing the mouth of the bay sent to the monastery from various global locations.

Sporadic Islands
The farthest north of the Greek island chains, this is a group of 24 islands, with only 4 inhabited; with many of the islands part of the National Marine Park of Alonnisos, home to the rare Monk Seal, and many playful dolphins. It is in these islands where much of the movie “Mama Mia” was filmed; with the amazing chapel perched at the end of the climbing trail where the wedding scenes took place, “Saint Ioannis Chapel” located on Skopelos Island. These islands are very green, covered with pine forests surrounded by beautiful blue green water. Following are two terrific islands in this island chain.

Skopelos Island was always known through history as an island that produced excellent wines and olive oil. The main port, known as Skopelos or Chora, is a village of white washed buildings and walking streets which ring the harbor. The village has been decreed a “Traditional Settlement”, which requires that the town maintain the traditional architectural style which will retain the old feel of the main harbor area of this island. The harbor area is full of shops tucked into the tiny alleyways, and refreshingly on this island, there is a strong showing in the shops of local crafts including wood carving and pottery. 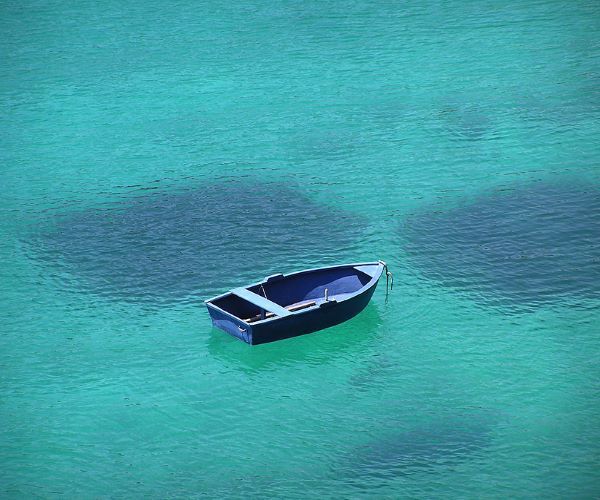 Alonnisos Island is the only inhabited island within a group of islands that form the National Marine Park of Alonnisos. Besides the island of Alonnisos, the marine park includes the islands of Peristera, Kyra Panagia, Gioura, Psathoura, Piperi, Skantzoura, along with 22 additional uninhabited islets and rocky outcrops with many beautiful anchorages. Several days could be spent in the marine park which is filled with marine life. Be on the lookout of monk seals, whales, and many different species of dolphins.

There is nothing quite like a private yacht charter to visit those Greek Islands that you want to see including those off the beaten track, without an airport and some without a ferry service, where getting there is only possible on board a private boat.