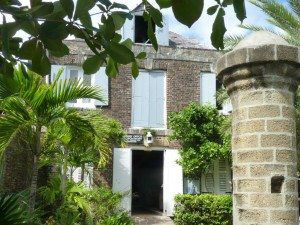 Historical Antigua is a wonderful location to board your yacht for a Caribbean yacht charter. Nelson’s Dockyard in English Harbor is probably the prettiest piece of living history in the Caribbean today, as once the base for Admiral Horatio Nelson’s fleet in the 18th Century. Anchor at Green Island and take the launch ashore to beautiful Harmony Hall for a late lunch and a visit to their Art Gallery and gift store.

Alternatively, if you board on a Sunday, a visit up to Shirley Heights is a must; the views of Montserrat and Guadeloupe on a clear day are spectacular and a traditional “Jump up” with steel bands is the favorite entertainment for Sunday afternoons. 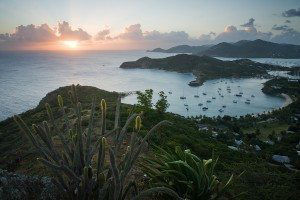 Originally called “His Majesty’s Antigua Naval Yard”, Nelson’s Dockyard is a slice in time of colonial Caribbean naval history, and the only Georgian Period shipyard still in existence in the world. Building for this shipyard, started in 1725 to create a home for Britain’s Caribbean Naval Fleet guarding the valuable colonial sugar islands at that time part of the British Empire. Now a National Park, Nelson’s Dockyard offers guided tours, or a chance to wander around the colonial buildings made of local coral rock and bricks and stones used as ballast for the many ships that sailed into the Naval Yard. Included in the buildings are the Officer’s Quarters, sail loft, Naval Officer’s House, now housing the Dockyard Museum, parade ground, careening wheel, and other buildings important to the maintenance and repair of the royal fleet. Admiral Lord Nelson was senior officer of the Naval Yard from 1784-1787. At that time, the yard was a bustling area from where Nelson launched his forays against the French and Dutch. During this time, he met his bride Fannie Nesbit from the neighboring island of Nevis. Nelson’s Dockyard is now home to an international fleet of sailing yachts, many available for crewed yacht charter. Many of the Naval Yard original buildings now house support business for this modern sailing fleet. Also inside the dockyard is the Admirals Inn, with rooms, restaurant and tavern, and the Copper and Lumber Store Hotel and Restaurant, both evocative of colonial times and an excellent place to stay before or after boarding your yacht for your charter.

Shirley Heights
Shirley Heights was named after General Shirley, Governor of several islands including Antigua in the late 1700’s. General Shirley had fortifications built on this site overlooking both English and Falmouth Harbor, remains of which are still there today, including gun fortifications and old military buildings. Offering an excellent view of both English and Falmouth Harbor today, when facing west, this is also one of the best sunset views in the Caribbean. 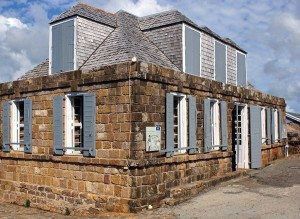 Shirley Heights, English Harbour
Taking full advantage of this sunset for a “jump up” party, Shirley Heights is the location each Sunday for a sunset party including Caribbean steel bands, and rum punch, served from inside one of the old military buildings. Shirley Heights “jump up” is every Sunday afternoon starting around 4:00pm. Enjoy local barbecue, and rum punch, while dancing to the Caribbean steel bands. And watch for a fabulous sunset from the “Heights” over English and Falmouth Harbors. 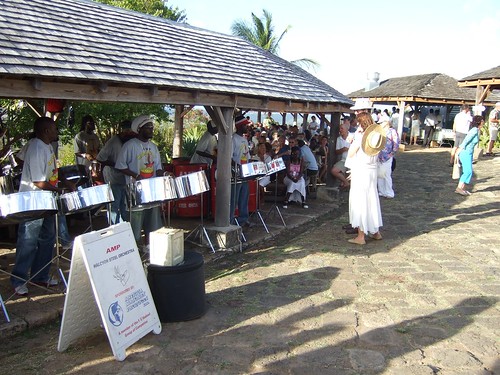