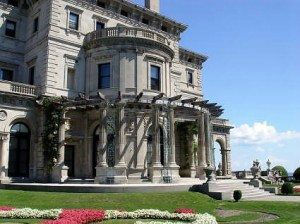 While a great location to board a luxury yacht charter to cruise to the southern New England islands of Martha’s Vineyard, and Nantucket; Newport, Rhode Island is a whole lot more, and a city well worth exploring while on your crewed super yacht charter. A town first settled in the early 1600’s, Newport has had a long, rich, and varied history including an important Colonial period, with a large number of Colonial buildings still standing, a fantastic Gilded Age, and is now home to many “Firsts” or “Oldest” in the United States. Newport, Rhode Island is a great boarding port for a luxury yacht charter to cruise through the islands of southern New England, however Newport is also well worth visiting, with much to see and do. 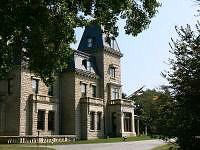 After being founded in 1639, by Colonists in pursuit of religious freedom, Newport grew to be one of the most important Colonial ports in New England. As the largest deep water port along the eastern seaboard, Newport became a busy trading hub. Newport was an important 18th century trading port, with Newporters growing rich on the Caribbean trade of sugar, molasses, and rum, and the manufacture of candles and oil made from spermaceti oil brought in by the whaling ships. At one point, at the height of trade in the 1700’s, Newport was home to over 22 rum distilleries, and 17 manufacturers of refined whale oil and candles. A Colonial town sprung up around the harbor including wealthy sea captain’s and merchant’s homes built along the harbor front, with docks leading out from their front doors facing the waters. Behind the harbor front, narrow Colonial roads were filled with cottages of the many tradesmen needed to support the burgeoning businesses. Newport, as a wealthy trading city, was effectively blockaded during the Revolutionary War by the British, bringing Newport to a halt. Much of Newport today is as Newport was in Colonial Times, and the city still features one of the largest groups of Colonial buildings in the U.S. still standing and in use.

Realized to be a location where cooling thermal winds blew across the island, which reduced temperatures during long hot summers before air conditioning, Newport at the turn of the 19th century, become a location for the wealthy to “summer”. The wealthy first arrived to “summer” from southern U.S. locales, and then from New York City and beyond, until Newport grew to a fashionable summer location for the wealthy. The same thermal winds that created a cooler temperature on the island also provided excellent sailing conditions; drawing the wealthy to Newport for yachting; hence the beginning of Newport’s long lived relationship with yachting and the America’s Cup Races. Large mansions, known as “Summer Cottages” sprang up on the top of the hill in Newport, in one of the first mansion “subdivisions”, many of which were built along the road on top of the highest ridge in Newport, called Bellevue Avenue. Homes were not only cooled by the winds when located on the top of the ridge, the inhabitants also had a terrific view of Newport Harbor to the west and the Atlantic Ocean to the east. Many famous wealthy families during the Gilded Age, that built mansions in Newport, came to Newport for several months during each summer for a very active social life, such as the Belmonts, Vanderbilts, Astors, and Wideners. With the advent of income tax and World War I, the Gilded Age came to an end in Newport, with many of the mansions abandoned or boarded up. Today many of the mansions have been restored to their former glory, including housing original interior furnishings, by the Newport Preservation Society. 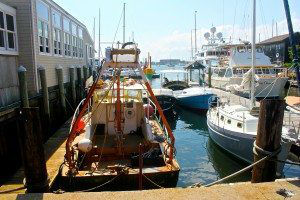 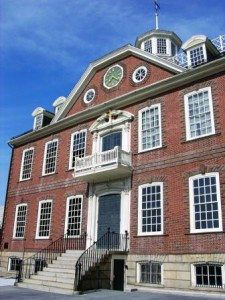 If your luxury yacht charter brings to you Newport, be sure to spend time in this lovely harbor, and tour Gilded Age “Summer Cottages”, dine in front of the fireplace in Colonial ambiance at the White Horse Tavern, visit the Touro Synagogue, and wander the little narrow streets of Colonial Newport clustered around the still bustling Newport Harbor, perhaps stopping in at the Artillery Company Museum to see the original cannons ordered for Newport from Paul Revere. All of this and more awaits to be discovered in Newport Rhode Island when on a crewed luxury yacht charter in southern New England. 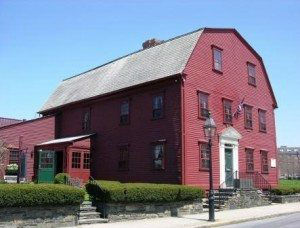