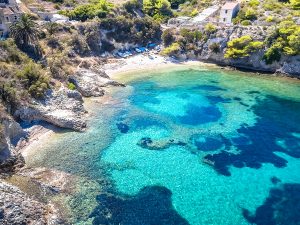 The island of Brac in Croatia. City of Bol.

Known as the “Stonecutter’s Island” due to the extensive quarries of white limestone and marble found on the island both of which are perfect for building and sculpting, this island, close to Split, is a quieter laid back island peopled by every day working Croatians, many of whom are working at traditional crafts. Spend a night anchored in one of the beautiful anchorages on the island and head ashore to explore on a crewed yacht charter. 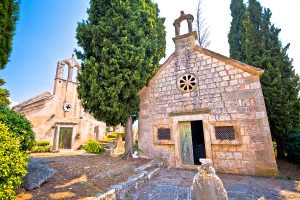 The oldest settlement on the island, Skrip, is actually inland, as often was the case in earlier times, so as to be hidden away from the coast and pirate raids.  Housed in a 16th century Radojkovic Tower, the Museum of Brac is located in Skrip which if open when you are there is worth a visit.   Also, in Skrip, visit the Olive Oil Museum and Tasting Room which is a restored family olive oil mill that first opened back in 1864. With an advance call, a family member will explain the olive oil pressing process as was done for centuries with the traditional olive oil press in the museum, and after provide olive oil tastings of various oils, including herbed oils, and also vinegars.  Close by the Olive Oil Museum is a small but very interesting museum of Antiquities excavated on the island. 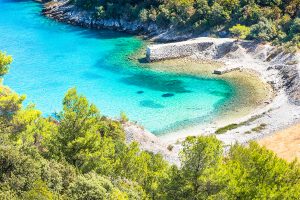 The island of Brac is home to the only  Stonemasonry School in Croatia, and one of few in all the world, where students still learn everything about manually cutting stone, both for building needs, and for sculptures and decorative trims.  The school is located in Pucisca where this school is continuing a tradition more than 100 years old of traditional stone cutting.  Brac stone is known all over the world today and in the past the stone was quarried and used by every civilization in Croatia for millenniums, as it was Brac stone that was used to build Diocletian’s Palace in Split and is said to have been used in the original building or repairs of the White House in Washington D.C. The school does allow visitors that are interested in traditional manners of stonecutting to tour the school and see students at work. 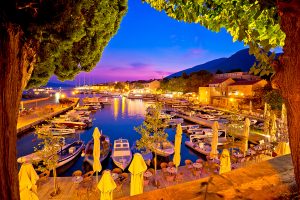 Brac Island is a hiker’s paradise, with trails running across the island through fields where wild herbs grow with abandon.  The most popular hiking trails are from Bol to Vidova Gora summit, Murvica to Dragon’s Cave, Nerezisca to Blaca Hermitage, Farska to Blaca Hermitage, and from Sumartin to Planik. The beach of Zlatni Rat (Golden Horn), a promontory that is only beach sand, is a well-known landmark on the island.  This is a great spot to anchor off, and set up a lovely beach picnic.  Afficionarios of the sport feel this is an excellent place for windsurfing on either side of the Horn. 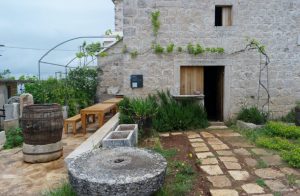 With the massive amount of limestone and marble on Brac, wineries on the island are producing some excellent wines, with grapevines planted into the limestone adding that little bit of extra to the grapes.  And if you happen to visit the Franciscan Monastery in Bol ask to taste their homemade dessert wine Prosek,  Stop at Brac Island and explore ashore to see the more traditional side of Croatian life when cruising on a private yacht charter.