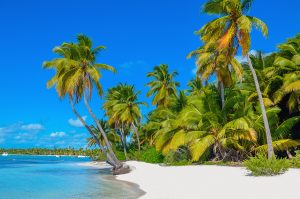 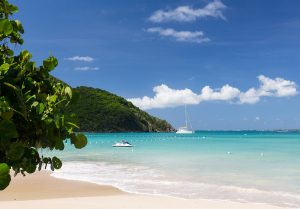 Known in French as Saint Martin, and in Dutch as Sint Maarten, this island is nicknamed The Friendly Island and is the smallest bit of land in the world representative of two nations.  Initially, named by Christopher Columbus who, legend states, anchored beside this island on the Feast Day of Saint Martin, European settlements, both French and Dutch, popped up on this island around the same time in the early 1600’s.  Prior to European settlement, the island had been home to the native Arawak Indians.  St. Martin changed nationality hands many different times between the early 1600’s and today, however in the end, ownership of the island reverted to the two European nations that established, the first European settlements on the island, France and Holland. 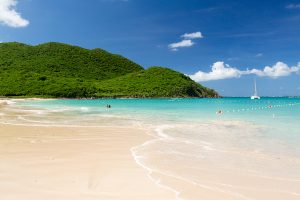 The main location for dockage in St. Martin is Simpson Bay Lagoon, which is tucked away behind a draw bridge for access.  Coming and going by yachts into and out of Simpson Bay Lagoon is subject to draw bridge openings, which happens several pre-scheduled times per day.  There is also dockage for yachts in the smaller size range in Marigot.

Beaches abound on St. Martin, 37 in total, which is one beach for every square mile of the island, which is 37 square miles in size.  And alongside many of the beaches, especially on the French side of St. Martin are chic restaurants and bars, with great food.  There are also many anchorages around the coastline of St. Martin, offering great snorkeling and scuba diving.  It is the natural beauty of this island and the two very different cultures ashore that are the great draw for St. Martin, along with being a great starting and ending port for a crewed yacht charter, given the numerous international commercial airline flights available, and the private airport as well available for private air flights. 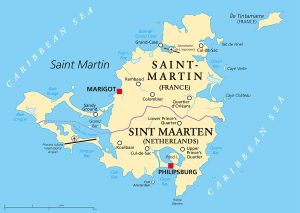