Turkish Bath or Hamam; Clean Up the Turkish Way 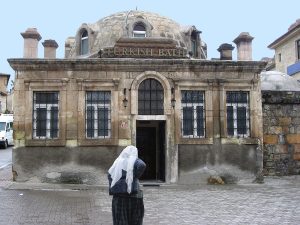 The age old Turkish Bath or Hamam, as it is often referred, is a traditional part of Turkish culture that is a treat to experience when chartering along the coast of Turkey. Believed to actually be related to the ancient Greek and Roman baths, the Hamam has now evolved into a specific cultural tradition that is all Turkish. The Turkish Bath was perfected by the Selcuk Turks who developed this traditional Hamam bathing in answer to Islamic religious views on the importance of cleanliness, however the Hamam soon developed into far more than a bathing location, and quickly became the social and political center of daily life, or the golf course or men’s club of yesteryear. And women were not excluded from the bathing or social aspect of the Haman experience, but the sexes were separated as they are even today in a traditional Haman. 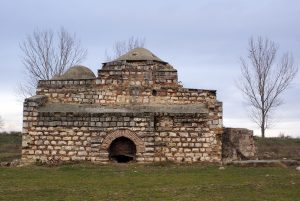 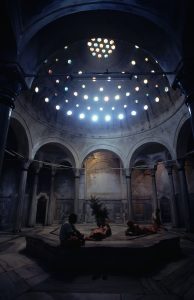 Still in use today are the traditional checked cloths or Pestamal, used to wrap around the body in preparation. However in most locations, flat plastic sandals have replaced the wooden clogs, or Takunyalars, some of which were highly decorated with inlaid mother of pearl. Many of the Hamams were built during the Ottoman Empire, and those still in existence today are identifiable by the domed roofs pierced with bits of colored bottle glass to provide a misty light in the interior of the main bath room. 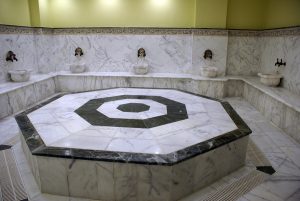 The traditional Turkish Bath begins by changing into a Pestamal and donning a pair of Takunyalars in a changing room and after passing through a cooling room, enter into the traditionally domed room filled with heated steam. In the center of the room is a large marble slab and around the edges of the room are cubicles or benches around water taps. The ritual starts by relaxing in low seats along the edge of the domed room and pouring warm water over oneself with a Tas or special Hamam bowl. (Antique Hamam bowls can still be found throughout much of Turkey and are a great souvenir of this unique tradition). Once suitably warmed, with skin softened by the repetitive dousing with warm water, it is time to recline on the marble slab in the center. There a washer person, once a non Islamic slave, provides a soapy bath, with suds created by blowing into a large muslin bag drenched in soapy water, and a massage, scrubbing the body all over with a loofah. For those not in the know, a natural loofah is a plant seed pod in the cucumber or gourd family that grows on a vine all over Turkey. Being fully scrubbed with a loofah exposes a new clean layer of skin. One then steps under running cool water and out into the relaxing room for another massage with oils or just a relaxing drink of apple tea or chai.

After a traditional Turkish bath, you will emerge much cleaner than when you arrived with baby fresh skin having experienced full exfoliation by natural loofah. And by the way, the professional washers will provide a healthy scrub with muscles well toned by years of vigorous use of the loofah. And remember, the purpose is not for pampering, but for cleanliness and you will feel clean after and at a much more reasonable price than most spa exfoliation treatments.