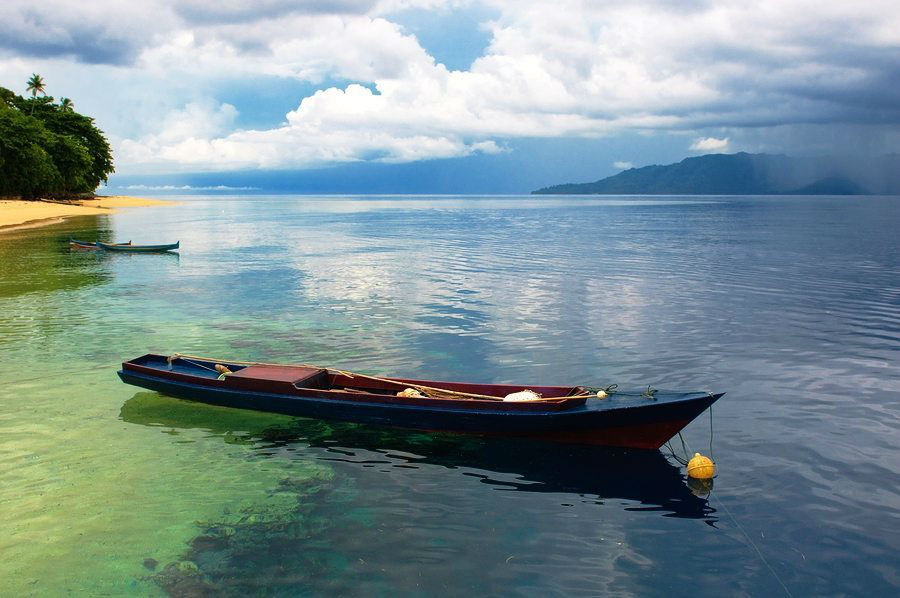 If you’re planning a luxury yacht charter to Indonesia, consider the beautiful Banda Islands. Located on the remote eastern side of Indonesia, these islands are both historically famous and today relatively untouched. This creates a fascinating location of historical remnants surrounded by wild jungles and volcanoes.

Without a private luxury charter yacht, the Banda Islands can be difficult to access, but on board your crewed charter yacht, cruise right to the islands, through clear sparkling waters while watching dolphins play and then explore from island to island on your own itinerary at your leisure.

Spice up your cruise by exploring the Indonesian Spice Islands.

It’s difficult for most travelers to visit the Banda archipelago because of the tiny and inconvenient air strip and the lack of regular ferries. But, on a private charter yacht, there are no worries. Sail from island to island in your own time, on your own schedule. Your yacht captain can take you from the port of Banda Neirato to any of the other majestic and jaw-dropping volcanic islands in the area,all filled with a historic past.

The Banda Islands earned the nickname, “The Spice Islands,” because it was the only known location in the world where traders could find the spices nutmeg and mace until the mid-19th century. It was then that European and British traders smuggled nutmeg trees out of the Banda Islands to various other worldwide locations, and the spice wars were brought to an end. 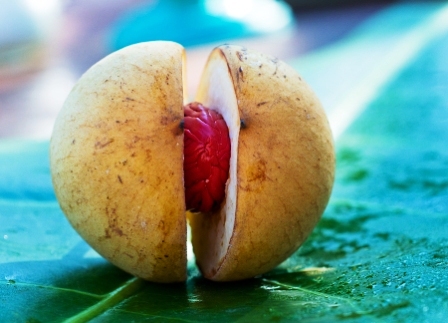 Nutmeg and mace are both used in cooking, and sometimes in the preservation of meat, making them valuable spices just for this use. It was their medicinal properties, however, that created an even higher interest. Nutmeg is still used to treat a variety of gastrointestinal ills, from vomiting to diarrhea. In the Middle Ages, it was also rumored to be a cure for the deadly bubonic plague that ravaged the world several times over. It’s no wonder every sailor wanted to get his hands on the spice; he could easily retire after just one shipment.

Because of the rarity and the extreme value of nutmeg and mace, European merchants quickly set their sights on the Banda Islands after the first Portuguese ship arrived back in Europe in 1512. Naval forces and secure, defensible forts sprouted up in the islands as the Portuguese, Dutch, and other European powers tried to stake their claim on the Banda Islands. The location drew Christopher Columbus, Vasco de Gama, Francis Drake, Ferdinand Magellan, James Lancaster, and Henry the Navigator, among many other sailors (sometimes ill-fated, sometimes successful) attempting to reach the East Indies to secure fame and fortune from the spice trade. The area, at this time, had some of the most expensive real estate in the world.

In 1602, the island of Banda Neira became home to an outpost of the Dutch East India Company. The company started trading nutmeg and other spices from Indonesian islands just north, with China and Japan for silk, blue and white pottery, silver and copper.

The presence of the Dutch East India company intensified the conflict between the Dutch and the English powers still vying for control. Interestingly, the British forces briefly withdrew in 1667, in exchange for a piece of land that would one day become Manhattan Island in New York City. Warfare continued into the 1800s when the British gained brief control of the Dutch-run island chain. It was at this time that the British (along with other nationalities) took hundreds of nutmeg trees to their own territories, and finally ended the monopoly the Dutch had on nutmeg. The nutmeg tree was taken to Grenade during this time period, establishing this island as the Caribbean Spice Island.

Today, what to do in the Banda Islands centers more around enjoying the local scenery and wildlife, but you can still walk among the groves of nutmeg trees that sparked so much conflict over the centuries. Local islanders still make money growing and exporting nutmeg as their ancestors did.

Culturally, The Spice Wars wars left their mark on the archipelago as well. Many of the local inhabitants have European ancestry dating back to the days of the booming spice trade. The blend of Dutch and other European backgrounds with native Indonesian family lines gives islanders a unique identity, look, and dialect from the rest of the country.

The Banda Islands, and Banda Neira in particular, feature several remnants ashore that are worth seeing, including at least six defense fortresses, several Dutch cannons, the ruins of nutmeg warehouses, and a museum dedicated to the history of the area.

Some of these remnants are bits of ruins, while others such as massive stone fortresses are still largely intact. They offer an impressive glimpse into how these islands must have appeared approaching from sea during the days of the Dutch East India Company. Visit Fort Concordia, for example, to see the cannons still sitting atop its intimidating stone walls.

Relax on some of the most picturesque beaches in the world. 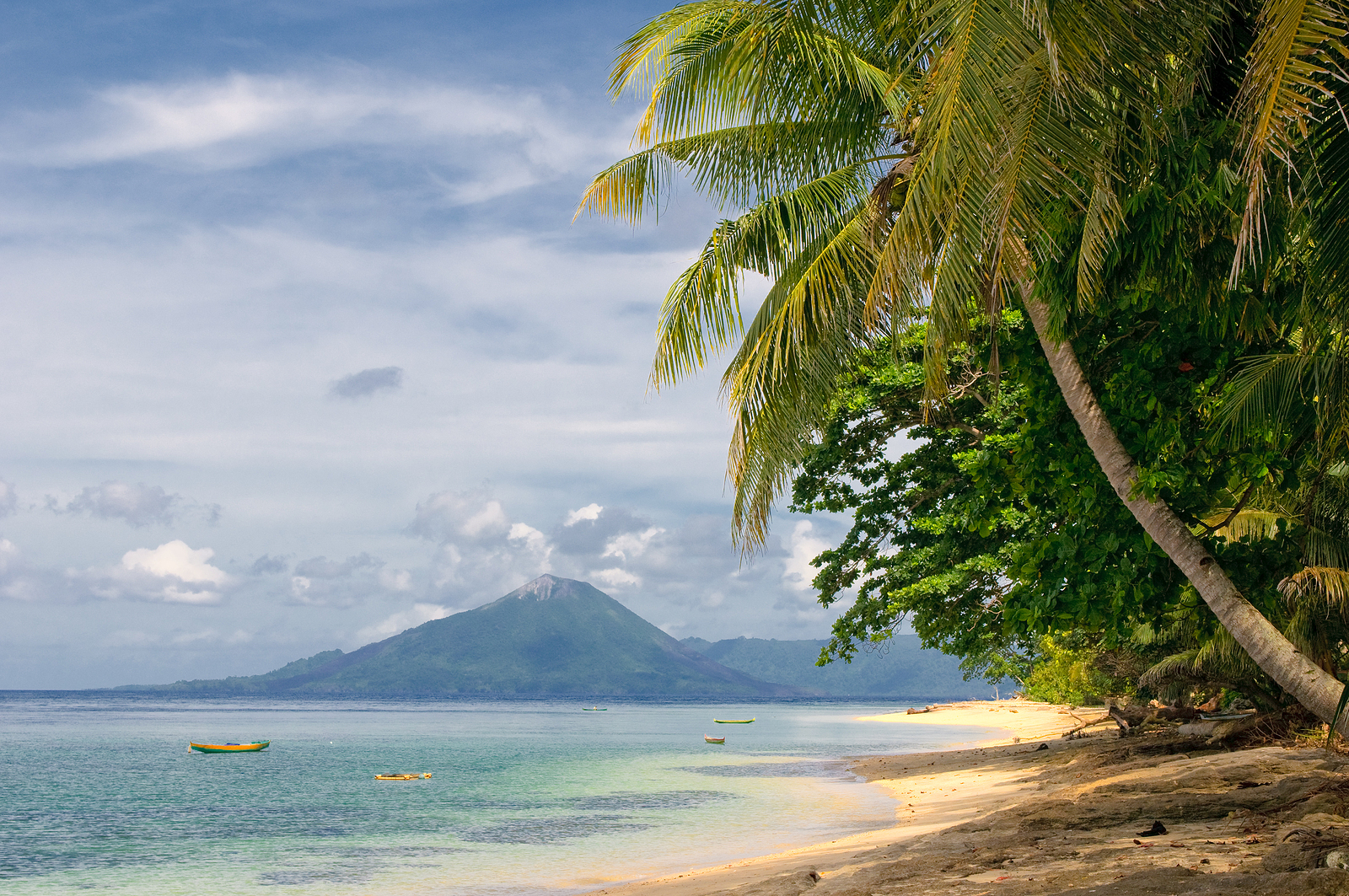 What do you get when you put rocky, volcanic mountains together with thick jungle growth and a sparkling ocean? An incomparable backdrop for a relaxing afternoon in the sun on a strip of fine white sand.

Pour a cocktail and relax on your yacht, come ashore to spread out a towel, or head to a local shoreside eatery to sample some local cuisine by the sea. Either way, don’t forget to look around and soak in the unique atmosphere of the place. This isn’t your standard beach vacation, and you’ll have the photos (and that warm, pleasant, and enchanting memory) as proof.

Ask your captain to steer towards Namalatu Beach, Pantai Liang Beach, or Natsepa Beach for a taste of the most popular (yet still isolated and peaceful) beaches. Or, if sailing along, you spot the perfect place to stop and have a relaxing lunch among the numerous rocky coves and volcanic beaches, simply ask the captain to drop anchor and make the spot your own for an afternoon. 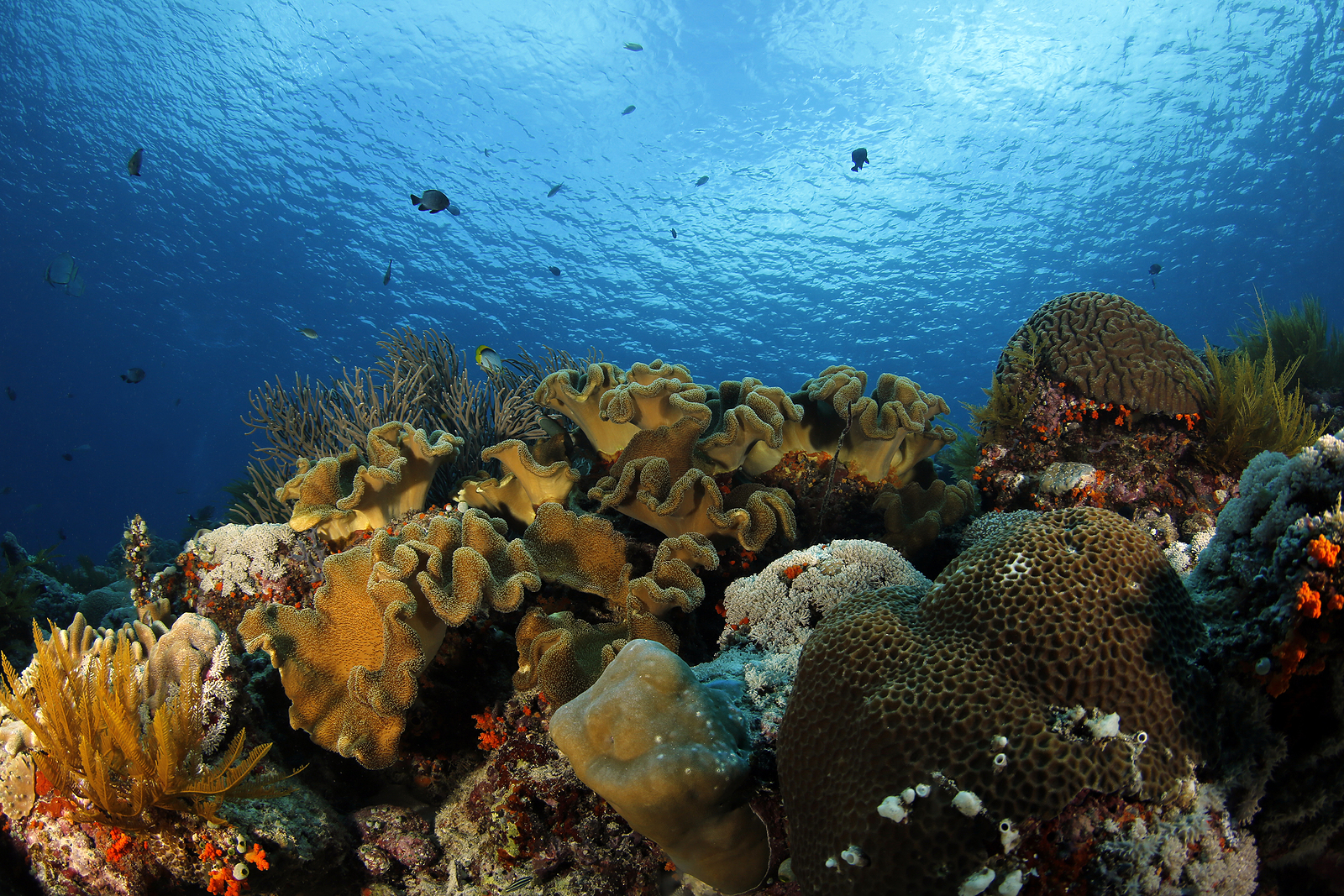 Coral Reef in the Banda Islands

Don’t hesitate to climb into the sunlit sea, but keep your eyes peeled for marine life. The Banda Islands are known for being one of the top diving spots in the world, for good reason.

Dolphins, hammerhead sharks, whales, barracudas, and a species of rare, stingless jellyfish all frequent the waters around these dormant volcano islands. Hop off the yacht and paddle through deeper waters or wade into the shallows from the beach. Either way, marine life abounds. In fact, some charter guests are lucky enough to witness hundreds of dolphins at a time, mirthfully cavorting in the waves.

Even just relaxing on deck, pods of dolphins can be seen playing in the surrounding waters or, perhaps, the occasional whale might breach above the water’s surface.

Climb a volcano or trek through mountainous rainforests. 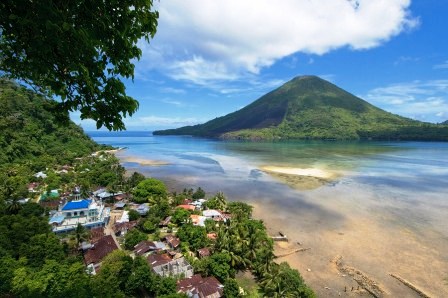 Although the sea might constantly beckon, hiking ashore up the sides of dormant volcanoes and through rainforests is also an excellent activity in the Banda Islands. Given the low native population, these are virtually untouched rainforests able to be experienced in a way that most people never will.

Looking for something even more unique?