Visitors may not want to leave the amazing beaches of Palma, Spain, but the rest of the city has much to offer and should not be missed. As the capital city of Mallorca, Palma is full of culture and history.

Here are some things to see and do when in Palma while on a Spanish private yacht charter.

Several spots in Europe are famous for their medieval castles, but only a few of those castles are built in a circular shape. Palma has one of these rare round castles, and it is located on a picturesque hill overlooking lush pine forests. The most invigorating way to reach it is to hike through the trees.

The castle has served many purposes since it was constructed in the 14th century. It was built as a residence for royalty, but it later became a place for elite members of Palma society to escape from the plague. Eventually, it was used as a prison.

Today, the castle features a museum centered around the history of Mallorca and a courtyard that hosts lovely summer events including concerts. 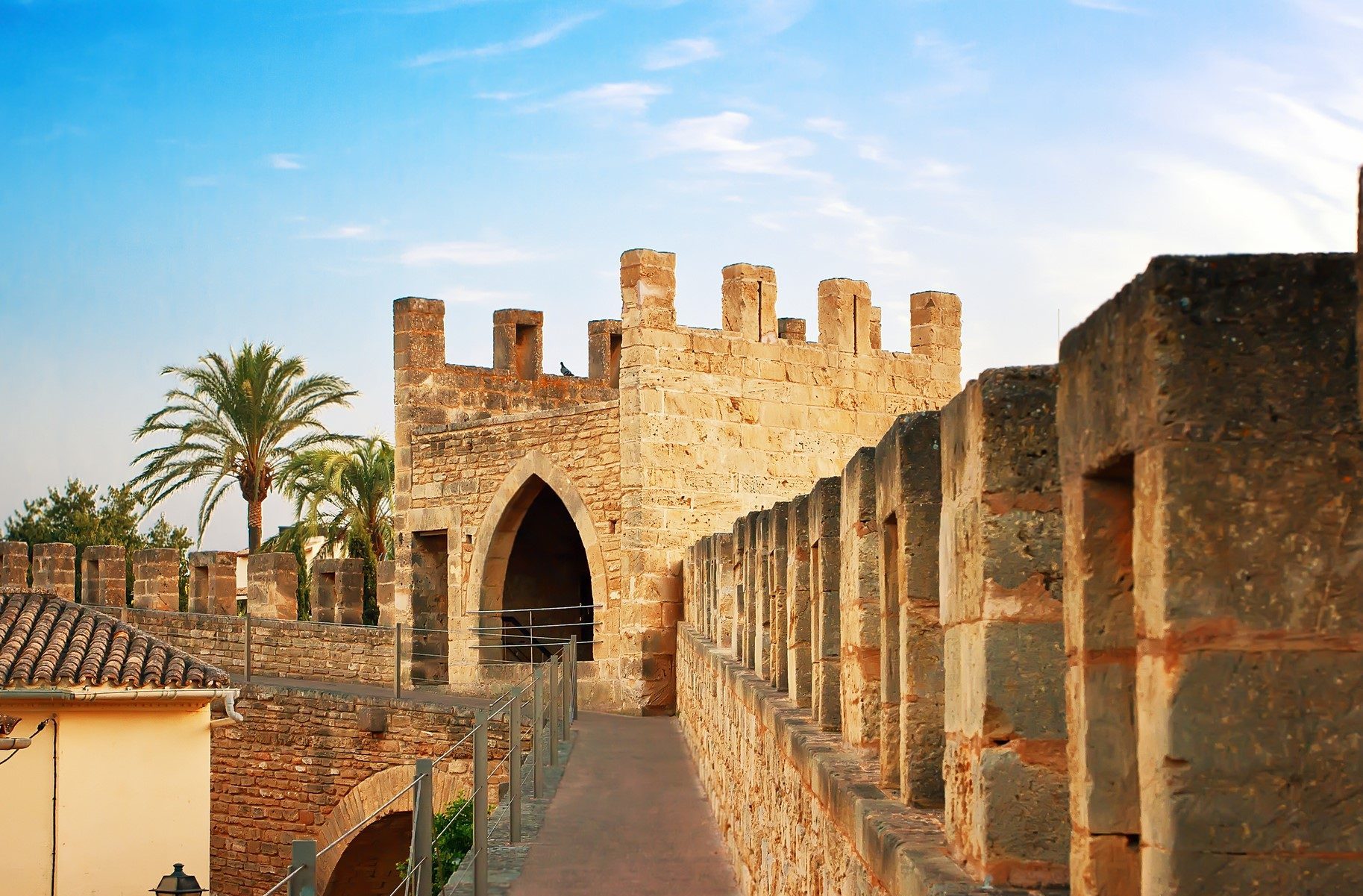 Palma’s Old Town is another opportunity for a pleasant stroll. There are beautiful archways spanning the cobblestone streets, medieval palaces and churches, and inviting courtyards peeking from behind stone walls Walking through Old Town is a step back in time, but with  modern conveniences; the bakeries, cafes, and shops dotting the streets provide comfortable refuge from the hot sun along with a taste of local foods and shopping to bring home a little bit of Palma. 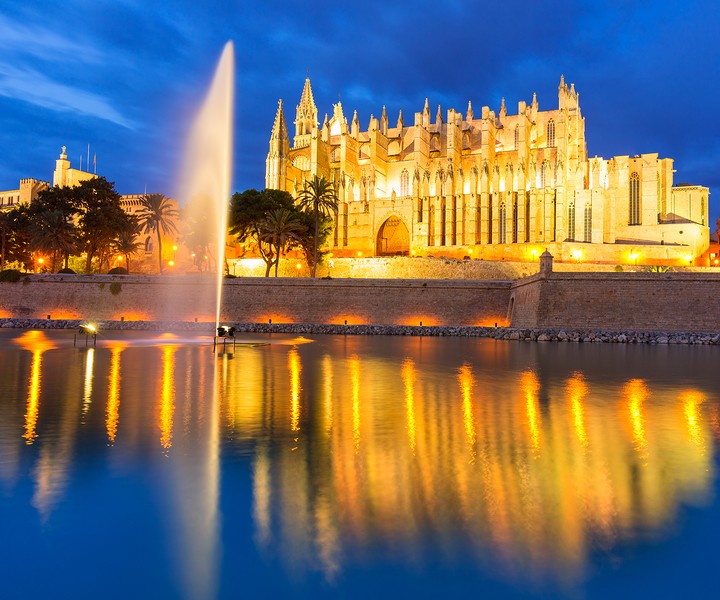 The cathedral known as La Seu is a sandstone masterpiece that took 600 years to complete. It features an enormous rose window—one of the largest in the world, in fact—and an optional audio tour that guides visitors with the history of this magnificent building. The terraces and bell tower offer a captivating view from high above the city’s walls.

Between the 10th to the 12th centuries, Palma was under Arab control and was known as Medina Mayurqa. There are two main attractions in Palma that clearly display that Arab influence.

Roughly 100 years ago, the Arab Baths were discovered in the private gardens of a manor in Old Town. This implies that the Baths were a resident’s property rather than a public site. Adding to their mystique is the fact that the Baths appear to have been constructed out of salvaged materials from the ruins of other historic buildings. The Roman columns are mismatched, for example, and obviously came from different Roman structures. 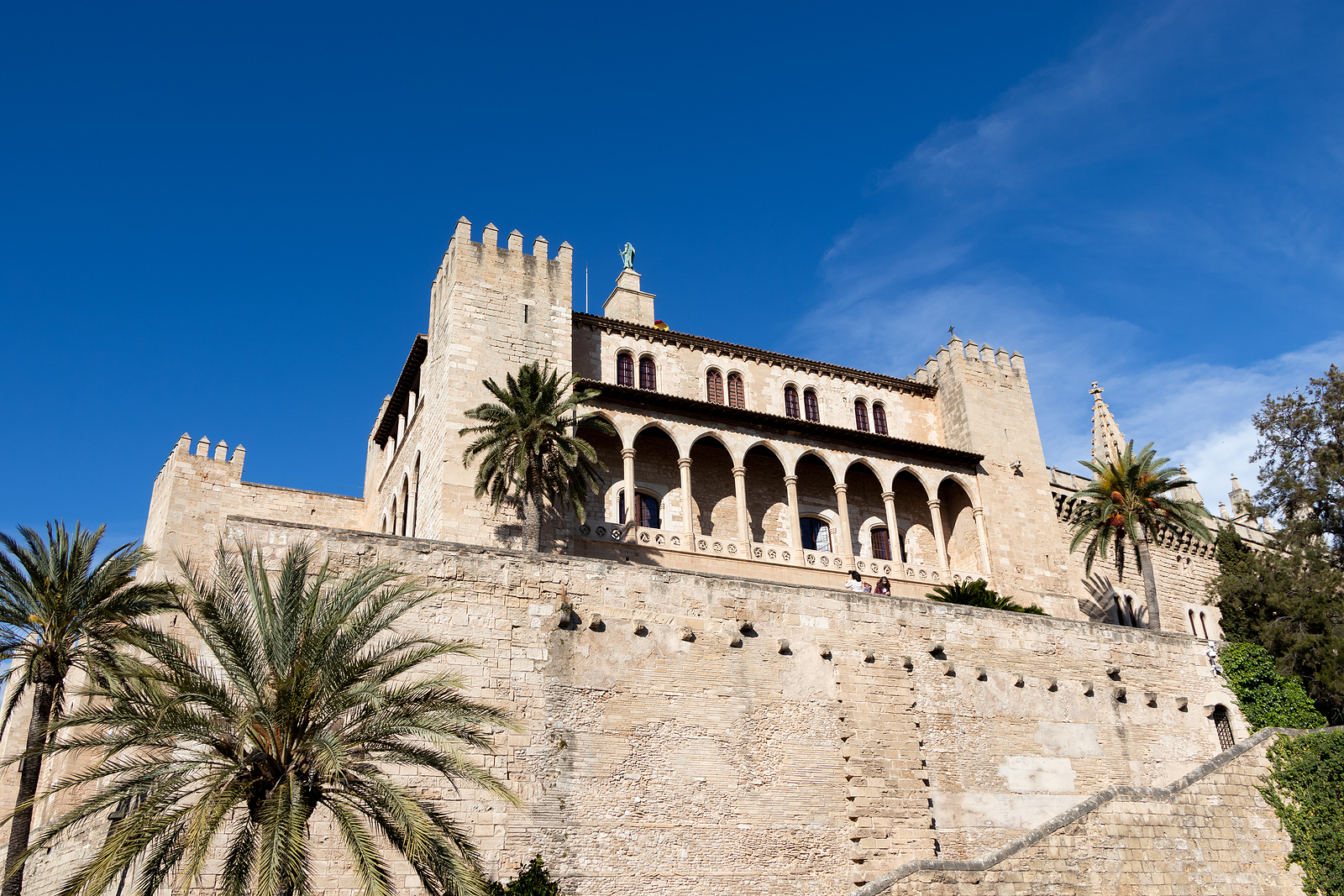 The other historical Arab site is the Royal Palace of La Almudaina. There are several historic tapestries in the courtyard of the castle, unparalleled Moorish architecture, and a stunning view of the surrounding area. Spanish royals still hold gatherings in the citadel today.

Many private yacht charters in the Balearic Islands are boarded in Palma Harbor.  Before cruising to other ports and anchorages enjoying the coastline of the island of Mallorca, be sure to first explore the historic city of Palma.