What To Do On An Alaskan Yacht Charter when Visiting Sitka 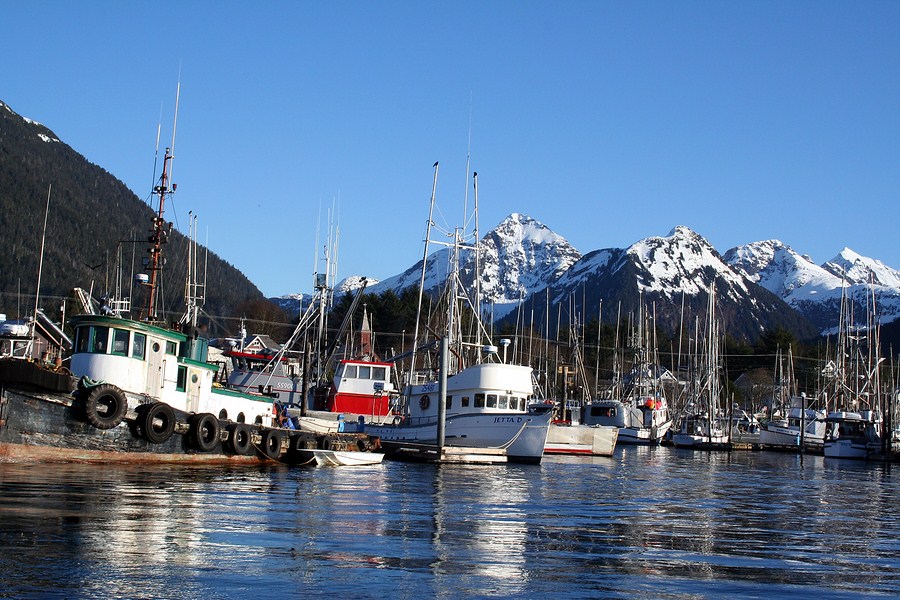 An Alaskan yacht charter often includes Sitka, in a yacht charter itinerary of beautiful Alaska which is a remote and historic city. In the 1700s, before the United States purchased Alaska from what is now Russia, and Juneau became the capital city of modern-day Alaska, Sitka held that title. While most visitors have to access Sitka by plane or ferry, because of its unique position facing the Pacific Ocean from the Sitka Sound anyone that arrives by private yacht on an Alaskan crewed yacht charter will be able to walk right off the yacht when docked in Sitka into the heart of the city.

There are many things to see and do when stopped in Sitka as a port of call on a yacht charter itinerary of Alaska. We’ve highlighted a few interesting historical sites, but there are many other activities available in Sitka. 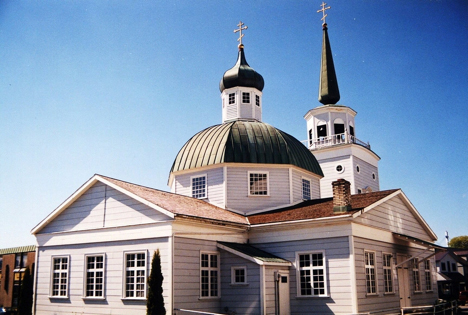 St. Michael’s is a Russian Orthodox cathedral that was built in 1848 and restored in 1966 after a fire devastated much of the church’s original structure. Though the church has been rebuilt, the original religious relics that were saved from the fire are on display. To avoid the cruise ship crowd that visits this historical landmark on weekdays in the summer, have an appointment booked to tour the church on a Sunday, if that fits your personal schedule.

Constructed in 1842, the Russian Bishop’s House is the oldest building in Sitka to have escaped damage from fire and weather. This historical landmark was originally built to house a Bishop from Russia’s Orthodox Church, but it has also served as a school and a chapel in the years since. 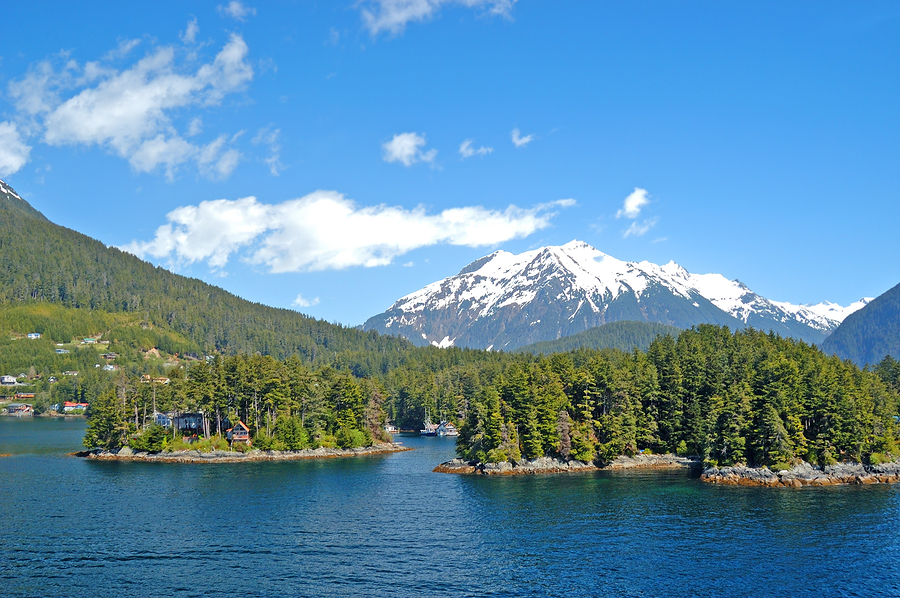 This is the highlight of Sitka and not to be missed. In the early 1800s, the indigenous Tlingit population warred with Russia over Alaska territories. The site of these battles and the famous Southeast Alaskan totem poles are located in the Sitka National Historical Park. Conveniently, the 107-acre park is situated right next to the Russian Bishop’s House, so it’s easy to visit both in one afternoon.  While totem poles seem almost synonymous with Native America culture, it is only Native American tribes in the Northwest continental North American Continent that actually carved totem poles, of which the Tlingit tribe, native to the Sitka area and beyond, were one. The Sitka National Historical Park provides interesting cultural and historic information on the totem poles and their importance in tribal life. 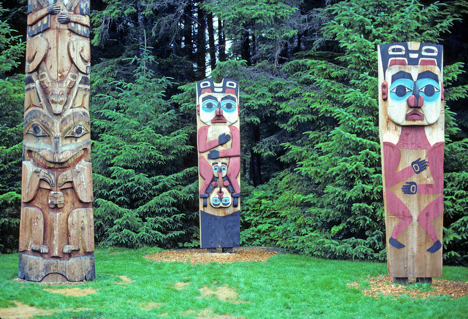 During World War II, the Sitka Naval Base became the United States Navy’s first Alaskan air base. It was part of the defensive triangle of Alaska, Hawaii, and Panama. Most people have to access the area by road, but while on board, simply cruise to the Base and visit the old radio station, barracks, and other interesting features of the base before continuing your private yacht charter through Alaska. 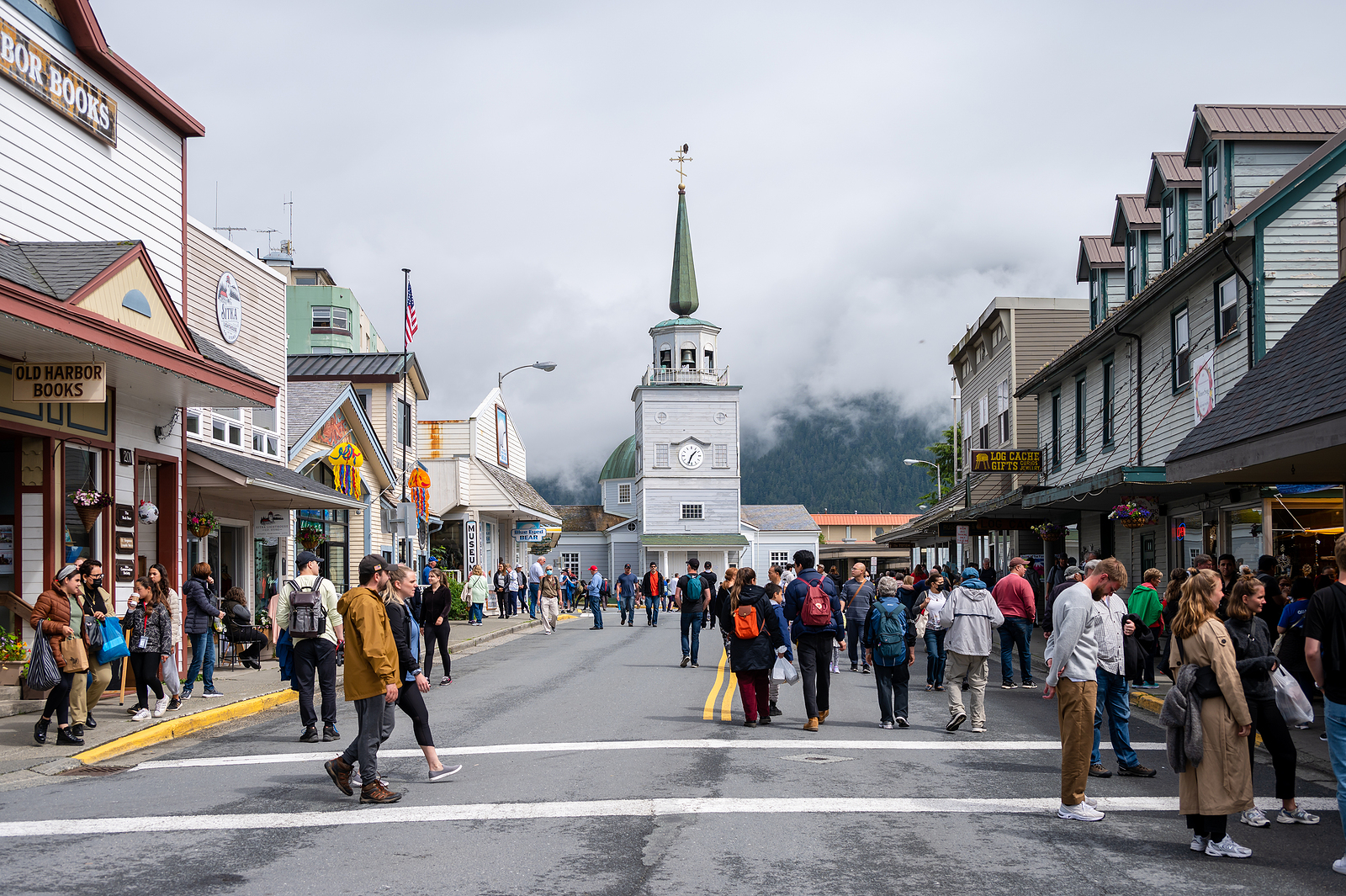 Don’t miss out visiting the little shops on Sitka’s small main streets in town filled with Tlingit art, including painted wood carvings and iconic soapstone carvings reflective of Inuit tribal life and cultural symbols. Pick up unique souvenirs as gifts, handmade in many instances, along with terrific smoked salmon—including a local treat, smoked salmon candy, which is salmon smoked with sugar and salt and brushed with maple syrup, then vacuum-packed to carry home.

Alaska will not fail to entice, astound and enthrall, and a visit to Sitka will do all three on an Alaskan private crewed yacht charter.