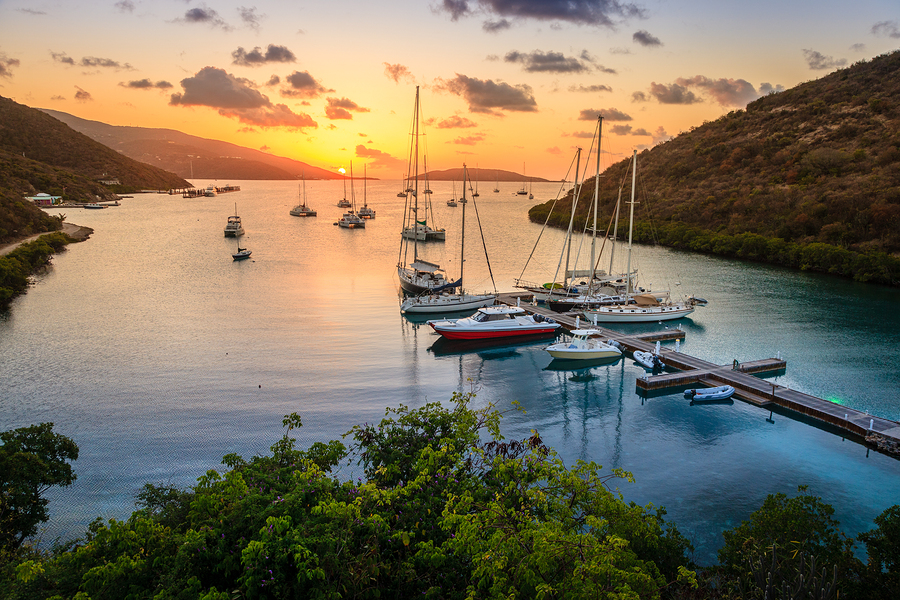 Beautiful sunset scene on the island of Virgin Gorda in BVI

Legend has it that Christopher Columbus named Virgin Gorda (translated as “fat virgin”) for its resemblance to a curvaceous woman lying on her side. The third-largest island in the British Virgin Islands (BVI) does indeed feature lush, rolling hills and dramatic, curving coastlines. Regardless of your opinion on the name, Virgin Gorda is known for its stunning, scenic beauty. We offer plenty of reasons to stop by this voluptuous landmass on your private luxury yacht  charter  vacation.

Don’t miss a trip to The Baths 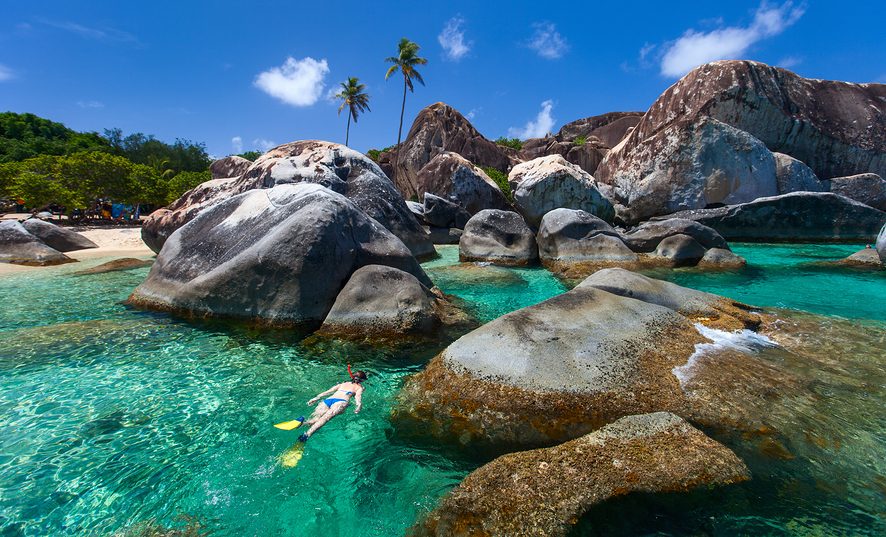 No private yacht charter itinerary in the BVI’s including the island of Virgin Gorda would be complete without a visit to the island’s most well-known attraction. Anchor in front of the Baths, and swim ashore to snorkel within and around the huge boulders that are the attraction in this location where warm waters and tidal pools trap all sorts of marine life, and bright sand beaches attract small wildlife like the native Virgin Island gecko. After snorkeling, enjoy time sitting and relaxing in the sun on the lovely beach. It’s the type of place that helped earn the BVI Caribbean paradise the nickname of “the billionaires’ playground.”

Hike to the top of The Baths park and stop at the aptly named Top of The Baths restaurant to refuel on their famous spiked milkshakes. Another popular restaurant known as Hog Heaven features, as you might have guessed, Caribbean-themed barbecue options to make any meat-lover happy.

For a ritzier night out, visit Oil Nut Bay or CocoMaya to have a fine meal by the ocean with your legs dangling in the water or your toes sifting through the sand. 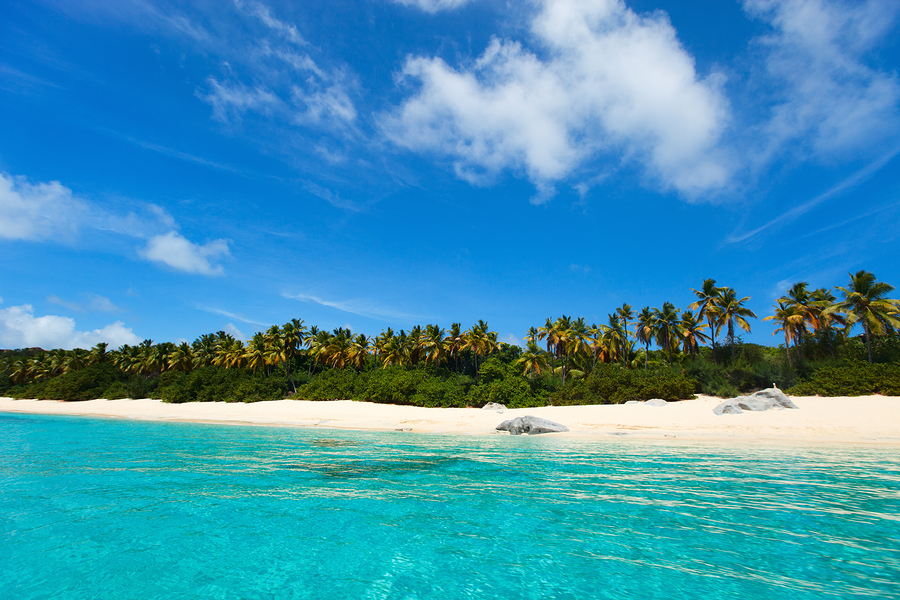 Because Virgin Gorda is considered one of the most beautiful of the British Virgin islands, it’s a popular place among the yachtie crowd. While you can’t currently (as of late 2021) visit the Bitter End Yacht Club, which is being rebuilt at the northern end of the island after Hurricane Irma leveled the area in 2017, you are still likely to meet other yachting enthusiasts who frequent this end of the island as North Sound is a lovely large anchorage for water fun. Be sure to check back for updates before visiting Virgin Gorda because the Bitter End’s owners have expressed that the “reimagined” nautical village is nearly ready for their grand reopening.