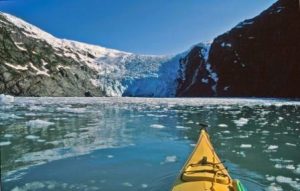 The time to book your summer yacht charter in Alaska is now. The Alaska season is short and often booked a year in advance. The summer season is mid May to mid September. Each summer month is great. Weather is expected to be slightly cooler and drier in May and June, and slightly warmer and rainier in July and August, however the weather in Alaska is constantly changing during the season even in one day, where temperatures can be 50 degrees F to 80 degrees F in one day.

The real choice of when to go, is about what you want to see and do. There are generally always whales, however the fishing seasons do change, from Cutthroat Trout to various species of salmon throughout the summer. Bears are more easily seen in earlier summer along the shore lines as they search for food, moving up into the mountains, along the salmon streams to fish for dinner later in the summer as the salmon begin to run upstream, with the heaviest salmon runs towards the end of the summer. 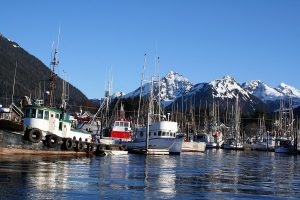 Arrive on board, unpack and rest before taking a walking tour of Sitka. Its natural beauty and history make Sitka one of the most interesting of the Alaskan southeastern towns. Walk to the Sheldon Jackson Museum to view Tlingit and Aleut artifacts. Continue to the Visitors Center at the Sitka National Historical Park to see more native artifacts and an impressive collection of totem poles arranged along the walk that leads to the site of the battle between the Tlingit and the Russians. The Russian occupation period is featured in the Russian Bishop’s House, the Russian cemetery, Castle Hill, the Isabel Miller Museum in the Centennial Building and St. Michael’s Cathedral. Take some time to shop in the gift and specialty shops for native and Russian-influenced modern arts and crafts. Enjoy cocktails and dinner on board.

Depart Sitka after breakfast, cruising through Olga and Neva Straits. Fish for salmon along the way to Kalinan Bay, north of Salisbury Sound, where you’ll anchor for the evening.

Heading further down Chatham Strait you’ll cruise northeast into Frederick Sound. Watch for humpback whales as these waters are the summer feeding grounds for hundreds of Humpbacks that migrate up from the warmer summer waters. You’ll see them alone and in large groups from afar as well as close to the yacht. Later, spend the night in one of the most tranquil of anchorages, an island group called The Brothers. This area is known as a place where humpback whales cruise very closely to vessels and it’s also a great fishing area for halibut. 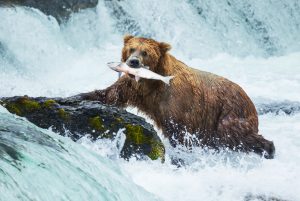 After breakfast, you’ll cruise through the small islands, watching for whales and sea lions. Throughout the summer hundreds of sea lions sun themselves on the rocks of this area. After fishing for salmon and halibut, you will anchor for the night in Cannery Cove in Pybus Bay on Admiralty Island. Admiralty is a primary summer nesting ground for eagles and has the densest concentration of brown bears, also known as grizzlies, in the world-about one per square mile; about 2000 on the island!

In the morning, take a dingy ride to see if the salmon have returned to spawn. Then, cruise up Stevens Passage and catch some salmon in “no name” cove at the mouth of Tracy Arm. 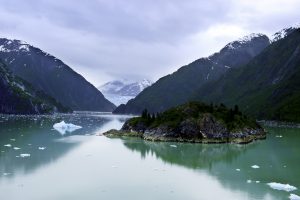 TRACY ARM
Spend a day cruising up Tracy Arm, a Norwegian like fjord 23 miles long, where you will see many large icebergs before arriving at the tide-water Sawyer Glacier. You will probably see seals, eagles, Brown bears, mountain goats and moose in this beautiful area. Continue cruising through the icebergs up Stephens Passage, while enjoying lunch on deck and viewing the snow-covered mountains of Admiralty Island. Anchor for the evening in Taku Harbor. 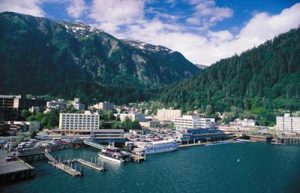 JUNEAU
Cruise past Taku Inlet, up Gastineau Channel and arrive in Juneau. Tour the state capital with visits to the Alaska State Museum and Centennial Hall before disembarking.