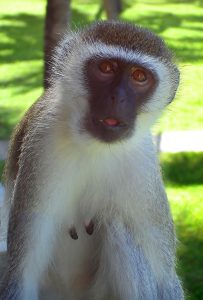 Some people say that there are more monkeys on St. Kitts than people, and that is probably true of Nevis, for both islands have a population of Green Vervet Monkeys in the tens of thousands. Originally these monkeys were brought to both St. Kitts and Nevis by French plantation owners at the turn of the 17th century as pets for the plantation owners’ wives and families. This monkey is also referred to at times as the Old World Monkey as this monkey has been found in ancient Egyptian history and have even been found depicted in the frescos excavated at Arkitori on Santorini in Greece, a settlement dating from 2000 BC. Today, while visiting St. Kitts and Nevis on yacht charter, if you hike up into the mountains you are sure to see signs of these monkeys if not several of the monkeys themselves peering at you inquisitively through the foliage. 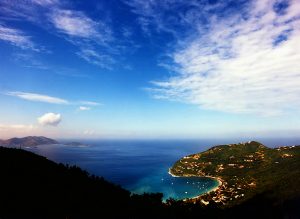 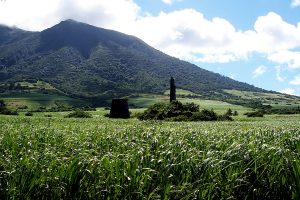 Both St. Kitts and Nevis were important colonial plantation colonies, first growing tobacco and then growing sugar cane for sugar production. And, along with the growth of the plantation life and work style came the increase in slave labor in these islands, with slaves brought to the Caribbean from Africa. The Green Vervet Monkeys, so called due to the greenish cast of their fur, inhabits much of Africa and were brought on these slave ships from Africa to the Islands, where they quickly adapted to the similar weather conditions. First brought in as pets or items of trade, these monkeys, over the years became feral and multiplied in the mountains and rain forests of these two islands to the point of being, sometimes, a pest to agriculture concerns on the islands. 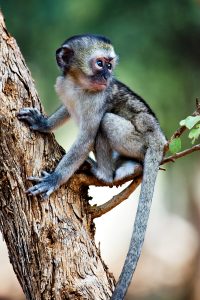 Baby Green Vervet Monkey
Green Vervet Monkeys are vegetarians, and weigh anywhere from 8-18 pounds, standing anywhere from 10-18 inches high. While an actual count is impossible, estimates place the number of Green Vervet Monkeys living on St. Kitts at around 40,000 and the number of these monkeys on Nevis at around 30,000. Nevis offers a Monkey Walk for the interested, however if you hike into the interior on either island, especially at dawn or dusk, you will probably see one, if not several, of these monkeys living wild on the mountainsides of these two Caribbean islands, when visiting while on your Caribbean yacht charter.