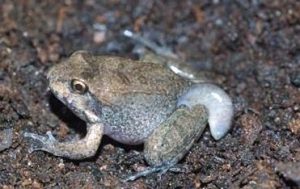 In Dominica, an island located near the French Antilles, to hunt the Mountain Chicken is to hunt a dining delicacy for locals and visitors alike. Officially known as the Commonwealth of Dominica, this island is just south of Guadeloupe and just north of Martinique. Known as “The Nature Island of the Caribbean“, Dominica is an island of unspoiled natural beauty. Visiting this island while on a yacht charter between Guadeloupe and Martinique is a must, and while there, perhaps you too could take part in a midnight hunt of the local Mountain Chicken.

The Dominica Mountain Chicken, so called as the leg meat is said “to taste just like chicken”, is actually a species of giant frog, the largest of the frog species. The Mountain Chicken or Crapoud found in Dominica has large muscled legs similar in size to chicken wings. One of only two locations to still be a natural habitat for the Mountain Chicken, Dominica once had many of these land loving frogs, which live up in the higher areas of this mountainous island. However the local love of this delicacy and a fungal disease has all but wiped out this giant frog species. So that now, the hunt for the Mountain Chicken is best done to capture photos of the frog, rather than to capture the actual frogs for dinner. 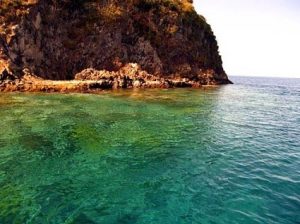 The Mountain Chickens live in the underbrush in the rain forests high on the hills in Dominica and are active at night. With careful night hiking through the rain forests, Mountain Chickens may be found hiding under ground foliage. Dazed by light, hunters generally carry a flashlight with them, which when shone into the eyes of the Mountain Frogs dazes them enough to be simply picked up by hand. Locals remember frequent hunts for Mountain Chickens in the hills at night for a dining treat and even to seeing them in bunches for sale in the local markets. However now with the recent decimation of this local frog population, the hunt is still at night, but once found, the frog is dazed by the flash of the camera for a good photo, rather than the light of a flashlight for a good meal.

Dominica is one of the only locations to view this rare species, the largest frog in the world, and nighttime is the best time to see this frog species. So stop for an overnight in Dominica on your yacht charter in this area to stalk the Mountain Chicken for photographs for this rare frog species.