Enjoy this yacht charter itinerary from Newport, RI on a private yacht charter visiting ports such as Sag Harbor and Block Island.  But first, visit Newport before sailing away.  From 1851 to 1983, the USA retained yachting’s prestigious America’s Cup. The most famous races took place off Newport, where sailing is the No. 1 sport. The Museum of Yachting (Fort Adams State Park) tells the tale, while the International Yacht Restoration School (449 Thames Street) continues the tradition. Newport’s naval connection includes the Naval War College, whose museum focuses on naval strategy. After seeing all that Newport has to offer, cruise out of Newport Harbor on this great crewed yacht charter itinerary. 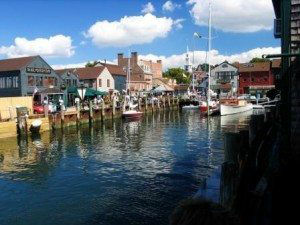 The quiet charm of Stonington, Connecticut belies its working fishing fleet, let alone the two moments in history when the locals repulsed the British Navy: during the Revolution and the War of 1812. See the cannonballs commemorating the feat on Cannon Square. The Old Lighthouse Museum is in the state’s first (1823) lighthouse. From its’ tower you can see three states:  Fisher’s Island, New York; Rhode Island to the east; and Connecticut, as well as views across Long Island Sound. 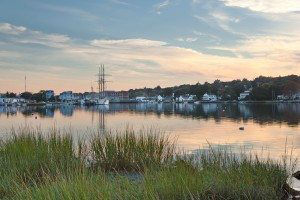 Mystic Seaport is one of New England’s most popular attractions. In and around this meticulous recreation of a 19th-century seaport community, you can watch craftspeople at work, go aboard the Charles W. Morgan, the last remaining wooden whaling ship, and cruise on the river in a coal-fired steamboat and much, much more. At Mystic Aquarium & Institute for Exploration, you can discover how modern-day explorer Dr. Robert Ballard discovered the Titanic. The “Challenge of the Deep” exhibit takes you on a `voyage’ 3,000 feet below the surface of the ocean. 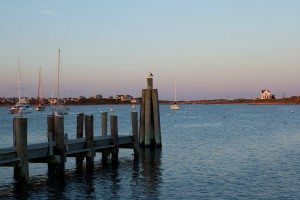 Galilee (across from Jerusalem) is a busy fishing port with a ferry service to Block Island, 12-miles/20 km offshore. Small and rural, the island is ideal for quiet, old-fashioned summer vacations 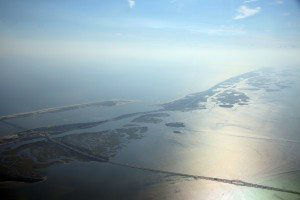 Sail over to Long Island, to visit Greenport on the North Fork and Sag Harbor on the South Fork. Greenport has an unpretentious charm with its old captains’ houses, fishermen’s cottages, eclectic antique shops, and a harbor filled with fishing boats and pleasure craft. The maritime industry has been active here since the early 1700’s when cargo ships from the West Indies sailed in. Some musts on your visit include a $1 ride on the Harbor Front Park Carousel, dating back to the 1920’s, and a stop at the East End Seaport Maritime Museum. 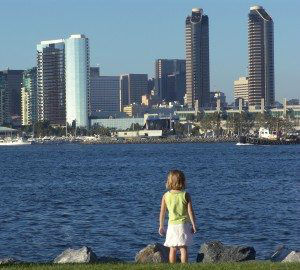 Leave Greenport to head over to Sag Harbor, passing by Shelter Island on the way. Situated in the middle of the bay between the North and South Forks, it’s a quiet retreat of wooded hills, solitary beaches and exclusive vacation homes reachable only by ferry.

Originally named Wegwagonock by the Algonquin Indians, the first white settlers arrived in 1730 and renamed the area Sag Harbor. It quickly became a busy whaling port with a 31-boat whaling fleet in its’ heyday and now is a summer resort town filled with shops and boutiques to explore along Main Street, the Sag Harbor Whaling and Historical Museum, and several lovely restaurants. 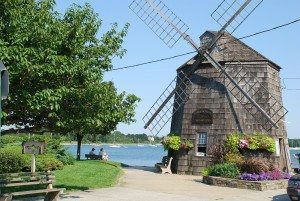 Return north to Newport where you disembark.